For the fifth installment of Farm Equipment’s Dealership Minds series, 9 staff members traveled to Kentucky to experience first-hand how a successful dealership — H&R Agri-Power — headquartered in the No. 1 ag county in Kentucky operates.

According to the 2017 Census of Agriculture, the county has 1,137 farms covering 345,581 acres. Top crops in the region included soybeans for beans, corn for grain, wheat for grain, forage and tobacco. Christian County, Ky., is as Wayne Hunt puts it, a vertically integrated county. “If you eat a biscuit at McDonald’s east of the Mississippi River, the flour came out Christian County, Ky.,” says Hunt.

While the dealership’s roots are in Christian County, today the operation has 17 stores in 6 states.

Locations: 17 (5 in Kentucky: Hopkinsville, Mayfield, Morganfield, Ownsboro and Russellville; 6 in Tennessee: Brownsville, Fayetteville, Lawrenceburg, Union City, Newbern and Trenton; 2 in Illinois: Vergennes and McLeansboro; 1 in Alabama: Tanner; 1 in Mississippi in Columbus; and 2 in Indiana: Poseyville and Princeton (operating as JL Farm Equipment Co.) 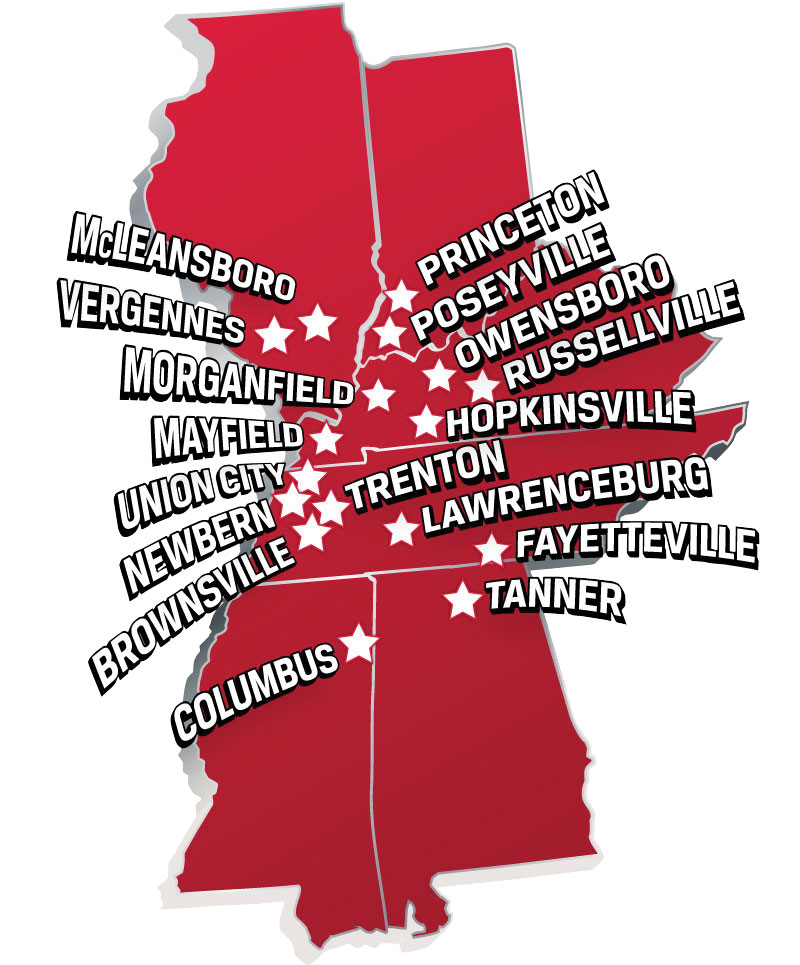 H&R Implement Co. was founded in 1959 by Dalton Hancock in Hopkinsville, Ky. The first contract the company held was with Minneapolis-Moline and Oliver. Hancock retired in the late seventies when Ross and Brenda Morgan bought the company. New Holland and Ford contracts were later added.

Agri-Power Inc. was founded in 1990 when Wayne Hunt took over the Case company store in Hopkinsville, Ky. Prior to taking over the dealership, Hunt owned a successful fertilizer business, Agri-Chem. He eventually sold the fertilizer business to Hopkinsville Elevator Co. in 1997. In addition, the Hunt family farms 11,000 acres, which the dealership will use for demos and has even tested equipment for Case IH.

“Our primary reason for getting in the business was we weren’t being serviced at our farming operation to a level that was satisfactory to us as the customers,” says Steve Hunt, vice president of H&R Agri-Power. In 1992, Agri-Power built and started a new dealership in Russellville, Ky.

H&R Agri-Power was formed in 1993 by the merger of H&R Implement Co., Inc. and Agri-Power Inc. The two dealerships brought the New Holland and Case IH brands together before the two manufacturers merged in 1999.