North American farm machinery dealers continue to report listless but stable sales trends. Through the first quarter of 2017, dealers say equipment sales were still in negative territory year-over-year, but improved compared to the last quarter of 2016.

In the most recent Dealer Sentiments & Business Conditions Update survey, average dealer sales were reported down 5% year-over-year, which was in line with the previous 2 months.

A net 13% of dealers reported they are less optimistic, below the 1% reporting less optimism in March as optimism has improved from 2016 levels but has declined from January due to a wet start to planting season and low commodity prices weighing on optimism.

The 2017 sales growth forecast was reported at down 4%, largely in line with forecasts over the last 5 months. Commentary suggests weak farmer income and elevated inventories continue to weigh on optimism. 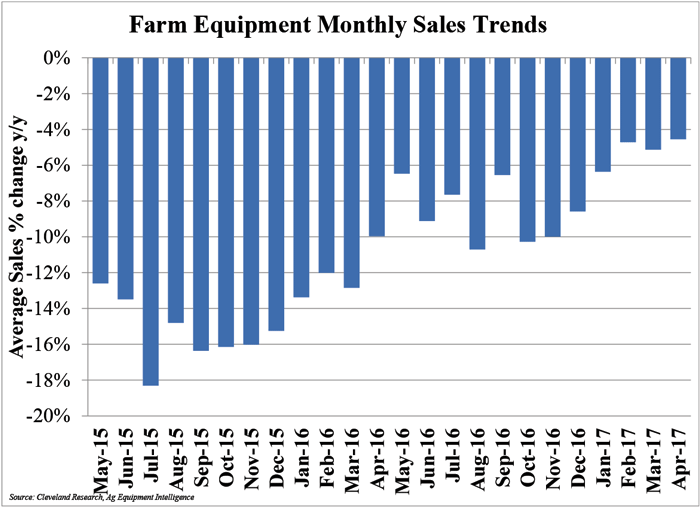