Home / Blogs / Opinions & Columns / Right to Repair: Legislate in a Solution? No Thanks

Right to Repair: Legislate in a Solution? No Thanks

My iPhone alerts last Friday cause a burst of frustration to start the holiday weekend. First was a right-to-repair (R2R) video that I got suckered into watching, then news reaffirming that legislative absurdity isn’t limited to just Sri Lanka.

First, the R2R videocast. The recent episode of The Dirt featured R2R advocate Tyler Robertson. R2R proponents will find an enthusiastic lovefest in the video and yes, I could’ve avoided it. What got to me most was not the normal pro-R2R tenets, but rather the boasting of the ride on the backs of others.

After talking about the OEMs’ poor argument against intellectual property theft (vs. their control of information, technology and tools) and dealers’ turf protection, Robertson says, “So there's companies like ours who go out there and we have to reverse-engineer things. We have to figure how things work. We have to make our own solutions.”

Call me old-school, but I don’t care to revere the reverse-engineers, or for that matter, the Sick.Codes types who are held in high esteem these days. Complaining about having to reverse-engineer software without manufacturer permission sure sounds like an admission of coattail-riding. The free system allows a “dependency” (a nicer way of putting it then I originally keyed in) as a choice but it’s hardly a cross one has to bear. If having to reverse-engineer something is too arduous, then come up with a truly novel solution and leverage it instead.

What would the Bull Moose say about this argument? 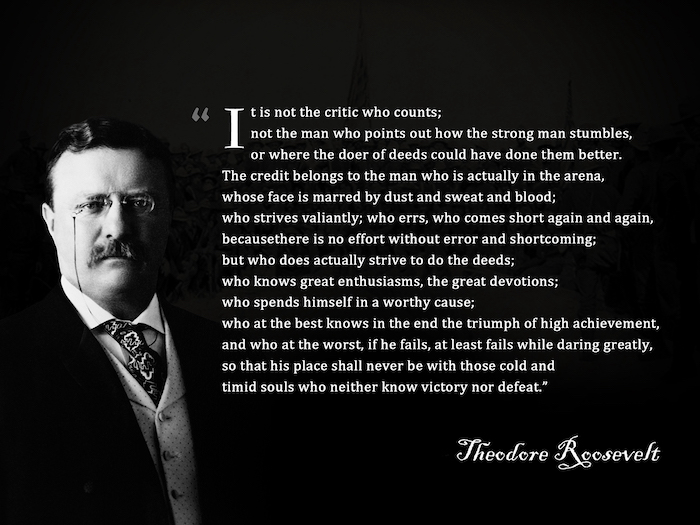 Robertson goes on to say that the “aftermarket world wouldn’t exist if the OEM was taking care of their customers.” Maybe, but it was a free-market system that allowed those companies to get a piece of the business that others developed via their own ingenuity. The companies he’s nodding to didn’t need an opportunity “legislated in” for them. Instead, they met a need and customers were given a choice – to use OEM or aftermarket goods, or similarly, OEM-certified technicians, or not. The parties who had a decent value proposition – and kept nurturing it – survived.

And next to news from my neighbors in the Republic of Minnesota. An Equipment World article cited: “… legislation could give unrestricted access to a machine’s embedded software and digital componentry and affect equipment safety and emissions compliance. A dealer’s aftermarket business could also suffer – some bills, like the one in Minnesota that narrowly averted a House vote, would mandate that OEMs sell repair parts direct to owners and independent repair shops at dealer net price, according to George Whitaker, manager of state governmental affairs for CNH Industrial.”

Governmental overreach is an understatement.

While I haven’t polled our farmer audiences, I can assess the no-till and strip-till farmers who attend our two national conferences. First, they respect the innovators who stick their neck out and willingly take a risk, just as they do. And I think most would agree that their sources of equipment, parts and technical repair deserve to be compensated, as long as the manufacturer and dealer are fair.

Second, these farmers strike me as ones who’ll take responsibility for the machines they buy and the accompanying rules of engagement, but will also switch if until a better choice were to emerge.

An entire shortline manufacturing industry was founded by innovators – mostly farmers – determined to find a better way, and who could enjoy the rewards should success come.

So, if nature abhors a vacuum, someone will step in and solve the problem. That solution could be one of the manufacturers (or perhaps a new entrant) who could elect to position their equipment and diagnostic tools to satisfy the “masses” of that self-repair type buyer, if they truly exist. Further there could be a creative sub-dealer model that allows both servicing dealers and independent or shadetree mechanics to participate together in keeping farmers going amidst the ever-increasing tech shortage. But those solutions won’t be found while the players are pitted against each other.

But government choosing the winners/losers and “legislating in a solution” cheats the innovation and creative thought that the situation deserves. Plus, the presence of the lawsuits and their unknowns are delaying and choking off those solutions. The market should be allowed to dictate the solution, and we can all celebrate it when it arrives.

For Lessiter's follow-up blog (September 16) on his inquiry into John Deere about accessing its Customer Service Advisor, click here.

Biden to Issue Executive Order on Right to Repair

Will Maryland Be the First State to Pass Right to Repair Legislation?