“Cervus reported record second quarter revenue on strong equipment sales along with accelerated parts and service activity across all divisions, resulting in a $57.4 million, or 26%, increase in sales,” said Graham Drake, president and CEO of the dealership group. Our ongoing focus on service optimization increased overall service gross profit margin by 1.8% compared to the second quarter of 2016.” 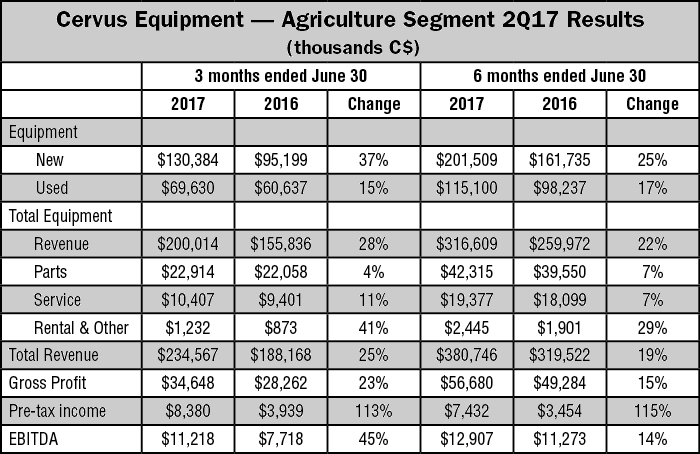 Rocky Mountain Dealerships, the largest Canadian Case IH dealer group, reported its second quarter 2017 total sales increased $4.6 million, or 2%, to $237.2 million compared with the same period in 2016 due to a $4.5 million increase in equipment sales.

Gross profit for the 3 months ended June 30 increased by $1.5 million, or 4.3%, to $35.6 million compared with the same period in 2016. According to Rocky, as a percentage of sales, gross margin for the quarter experienced a modest year-over-year increase of 0.3% to 15% as a result of strong product support margins.

On a year-to-date basis the dealership group recognized a $0.7 million decrease in manufacturer incentives which it says is reflective of a change in the incentive programs from the company’s primary manufacturer and is expected to increase reported cost of sales during 2017 as compared to last year. On an annualized basis, gross margin is expected to be more reflective of the margin for the 6 months ended June 30, 2017. 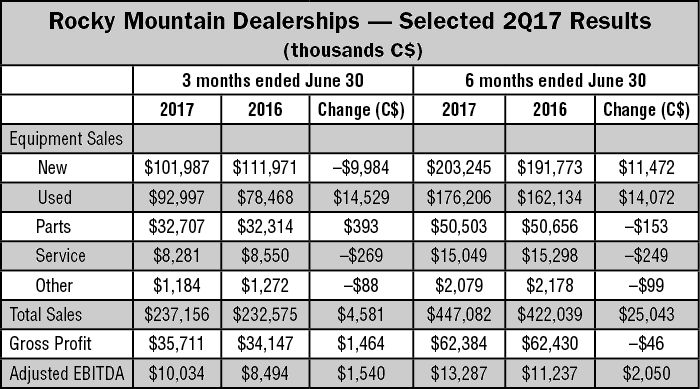