Seeing Your Family on the Silver Screen

Editor’s Note: Farm Equipment's Best of the Web: Week of January 28, 2022 features a movie review, “Percy Vs. Goliath & Our Industry’s Connection.” We got around to the long-awaited viewing of the film, Percy vs. Goliath on Amazon about the famous legal battle of Percy Schmeiser against Monsanto. Immediately after viewing (and score of 3.5 “COMBINES” out of 5), we asked John Schmeiser, CEO of the Western Equipment Dealers Assn. to comment on his late father and former dealer-principal (played by Christopher Walken) and the film, in an exchange that went last deep into the morning.

My parents (Percy and Louise Schmeiser) were approached by Scythia Films in 2003 to see if they would be interested in selling the rights to their story. Although hesitant at first, eventually Dad agreed. Leandra (my wife) and I were interviewed by the writers (Hilary Prior & Garfield Miller) in 2005 and we were unsure if it would go anywhere. Although this was Dad’s story, the writers wanted our perspective as well. 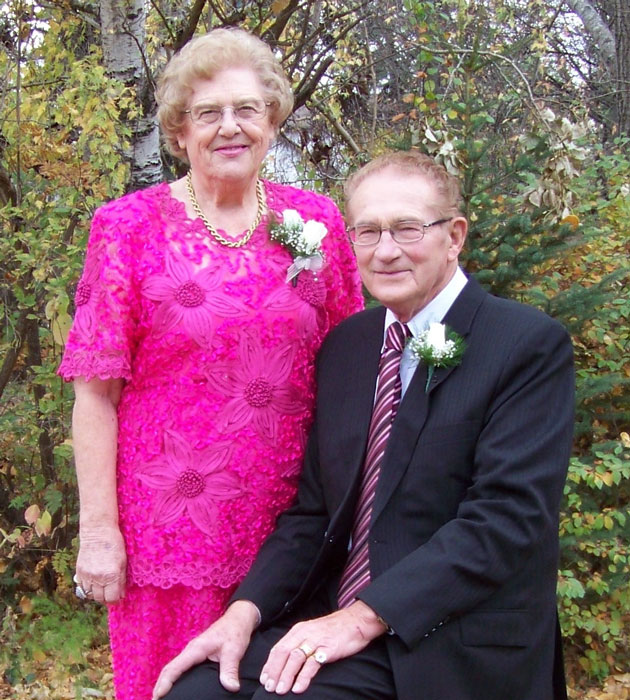 Prior to the start of filming in 2018, we were told that Christopher Walken would portray Dad. Liam Neeson had initially agreed to the role but had to back out due to a conflict. When we started hearing the names considered for the various roles, it was apparent this was going to be bigger than we first thought it would.

It took 15 years for this to come together as there were insurance and financing issues to be worked out. Every bit of dialogue regarding the court testimony in the film was 100% accurate and right out of the court transcripts. It had to be as there was a risk of a lawsuit from Monsanto if it proceeded and was inaccurate. 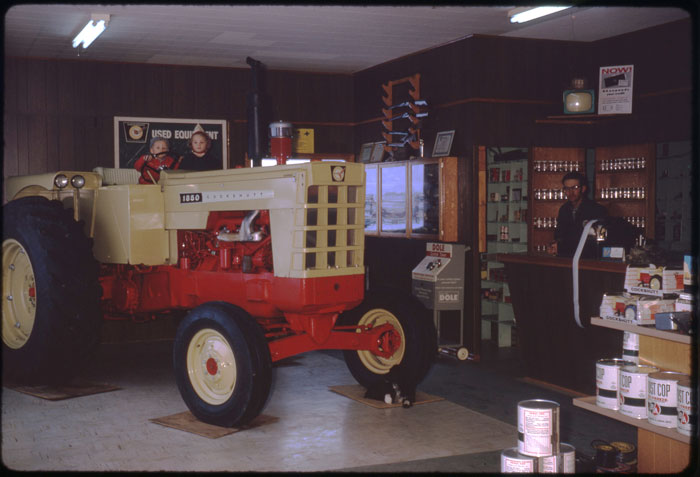 Me, my sister Mary Jane and Dad in the dealership in 1965.

I really don’t know anything about how movies are made but learned a bit on the way. Every film has some artistic liberties. There were two such scenes in the film that didn’t happen. First, Dad didn’t destroy his seed samples in a fit of rage. Second, the court didn’t order Dad to surrender his seed to Monsanto. But those two those scenes added to the story and really increased the dramatic effect of the movie.

I still remember to this day Leandra and I being in the Supreme Court when the hearing was held, and in the lawyer’s office when the decision was announced. Like it was yesterday. Attending a hearing in the Supreme Court is an experience, let alone with a case that involves your family.  I vividly remember Terry Zakreski (Dad’s Lawyer) thrusting his arm into the air in celebration when he heard the judgment was 9-0 in Dad’s favor; that Dad didn’t have to pay Monsanto anything. So, right then we knew the result was good. There was a big celebration and that was a little understated in the movie.

Then Dad went to press conference and gave his remarks. The media that followed the trial and decision at times was immense. A lot of media portrayed this case as “serious issues at stake depending on the judgment.” There were two other two points of question on the appeal; that Monsanto’s patent was valid and that there was infringement on the patent. Monsanto won on both of those in a split 5-4 decision. But on those two questions, they had no impact on Dad. 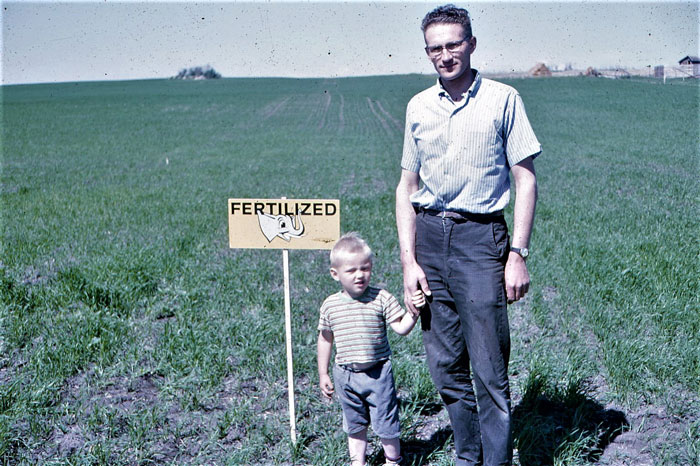 Dad and I in the field in 1965 (We also were a fertilizer dealer at the time). This was the first quarter of land that my grandfather bought in 1931 – the same year he started the dealership.

In the end, it was a split decision. Dad got what he wanted (not having to pay) and Monsanto got what they wanted – confirmation that they had a valid patent on their Roundup Ready canola.

The movie did a great job of capturing the stress and anxiety that Mom and Dad went through. This was consuming them, with a lot at risk. Before and during the trials, Monsanto reps did everything to try and destroy Dad’s reputation with other farmers. Our dealership had a trade area with a 60-mile radius -- we knew every farmer -- so the many comments about what Monsanto was saying about Dad made it back to us. And there were many comments that Monsanto made about Dad and the case outside the courtroom, that weren’t made in the courtroom.

“I had the privilege of giving the eulogy at Dad’s funeral service. I told the story that one former White dealer shared with me from those days ... “A friend of mine who worked with Dad in the 1980s described Dad as a guy who would break glass to make a point, while having a good-natured smile on his face. He also shared that this was a good life lesson for him for the rest of his career.””

Friends and colleagues have shared their opinion of the actor that portrayed me. They have said that he is sterner than I am in real life. I have had a good chuckle about that. They also think he was more “preppy” than I am. Perhaps that’s correct too. Leandra thinks he’s (Luke Kirby) a “hottie” and that’s good enough for me!

There are so many things about this experience that are surreal. Attending a Supreme Court hearing, the constant media coverage, someone wanting to buy the rights to the story, a movie being made, being portrayed in a movie and watching the movie itself. Also, going to the movie premieres in both Canada and the U.S., and walking the red carpet. I was asked to do a Q&A with the audiences after the two premieres, and that was quite the experience, and very glad I got through it. Even writing about it now for Farm Equipment adds a surreal moment.

But in the end, this is an experience that Mom and Dad didn’t want and wouldn’t wish on anyone. Perhaps the one good thing that has come out of it is a movie that portrays Dad well, tells his story and shares a lot of what they went through. It has created a nice legacy of a man who so deeply cared about his community and agriculture.

Dad, who died in 2020 right before the film was released, ran 2 dealerships (Schmeiser’ s Garage and Central Farm Sales) that were later sold to Farm World. He also served on the White Farm Equipment Dealer Council and was a director of the Saskatchewan-Manitoba Implement Dealers Assn. (SMIDA). He received SMIDA’s highest honor in 1984.