I have to admit, the last couple of times I wrote in this space and talked about many of the positives we were seeing and hearing about in terms of industry sales, I wondered if it was just a blip on the radar screen. Well, so far, it looks like it’s holding.

The third quarter results are in for several of the ag companies we watch closely and they look encouraging. Here’s a quick look at agriculture sales:

The October sales numbers reported by the Assn. of Equipment Manufacturers were the best for big ag equipment we’ve seen in a long time — in fact the strongest year-over-years figures since 2010. According to AEM:

Admittedly, comparing current sales figures with low comparables from 12 months ago in no way indicates a significant upturn in the market. It simply means things are better than they were a year ago, which is a positive. It means we’re working our way back to “average” (see charts below), which means, at the moment, we’re moving in the right direction.

In its most recent earnings report, Titan Machinery said it’s seeing signs of a replacement cycle starting to kick in. Rocky Mountain Dealerships mentioned pretty much the same thing: “In recent quarters, we have begun to see signs that Western Canada’s agriculture equipment profile is reverting to a more typical composition, with customer demand for equipment beginning to pick up.”

“New equipment demand is still strong, which we believe is driven by a pull forward of replacement demand.”

“Traffic was slower in the month vs. September, but the year-over-year comparison was easier for us so we saw good growth.”

“We are more optimistic on 2017 as we have seen more positive customer sentiment and commitments to buy in December.”

“Customers are getting to the point where they need to replace some equipment and are coming in with a plan to pay for it.”

Whether we want to admit it or not, we’ve all been blessed in one way or another this past year. Have a great Thanksgiving! 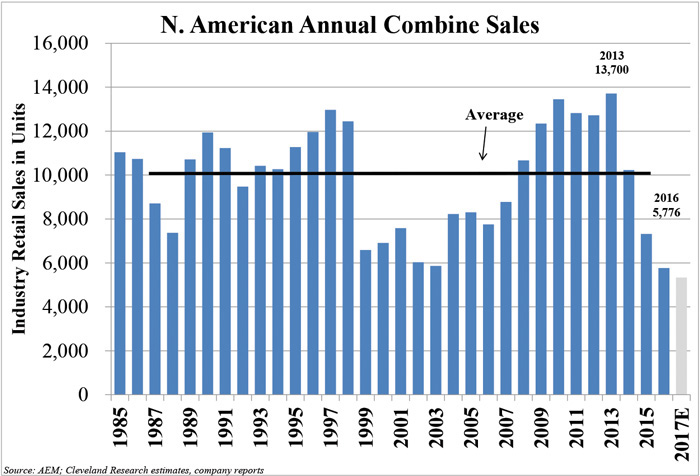 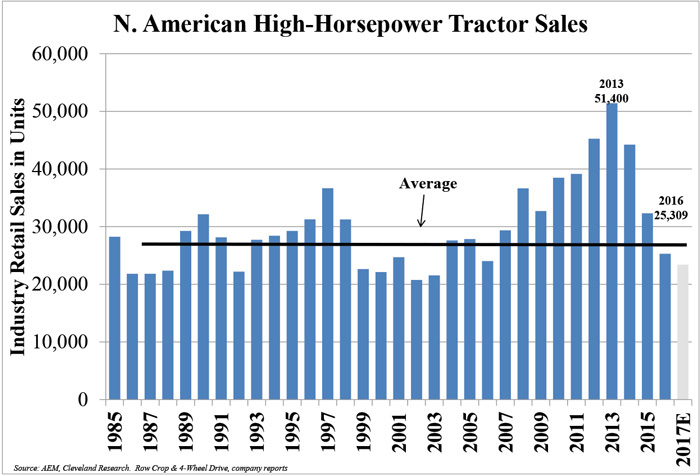