Most U.S. Farmers Remain Loyal to ‘Their’ Equipment Brand

Traditionally, farmers are known to be dogged loyal to certain products and this has been particularly true when it comes to their brand of equipment. While dealers and others in the ag equipment business might insist that brand loyalty has greatly diminished in recent years, this isn’t what farmers say.

Every 3 years beginning in 2011, Farm Equipment magazine has conducted a survey of farmers across 12 states encompassing the Corn Belt, Lake States and Northern Plains regions of the U.S. The same states were included in each of the studies.

The survey is aimed at determining how growers see themselves when it comes to their brand loyalty toward farm machinery. The survey included the four major brands of ag equipment typically found in a row-crop operation, including AGCO (Massey Ferguson and Challenger), Case IH, John Deere and New Holland. Results of the surveys show that farmers today are more loyal to their preferred brands than they were even 3 years ago. 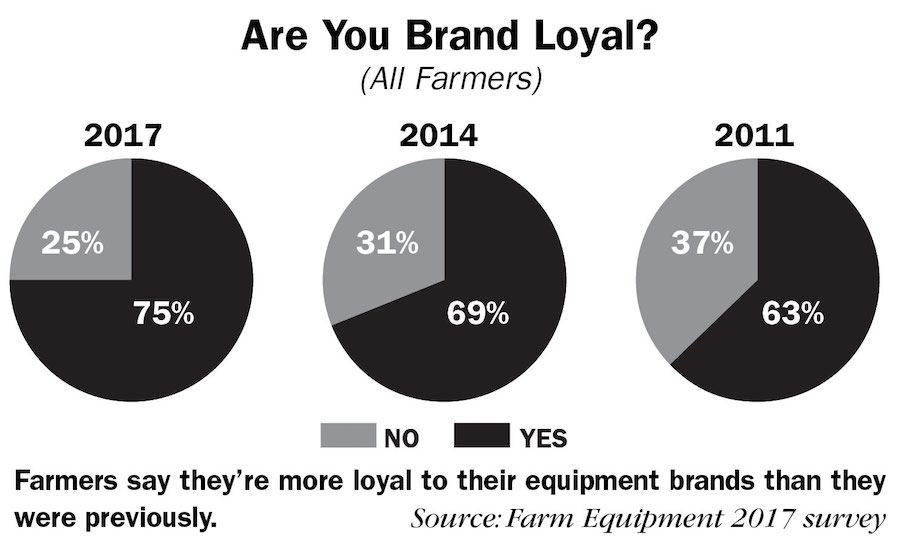 In fact, loyalty to three of the four brands covered in the study improved since 2014, while the fourth stayed even with its score from 3 years ago. Each of the survey respondents was asked to indicate the “primary brand of tractors and combines on your farm.”

Farmers were limited to one choice. Based on the farmers’ choice, the breakdown of total responses for the 2011, 2014 and 2017 studies were: 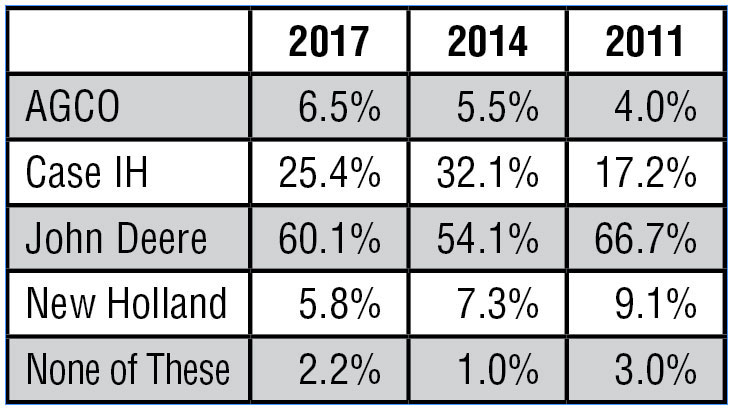 Brand Loyal or Not?

The farmers were asked, “Would your describe yourself as brand loyal when pur­chasing farm machinery?”

A breakdown by major equipment brands, compared to 2014, AGCO has made the most progress in garnering a higher level of loyalty among farm­ers who said that AGCO equipment was their primary brand. It improved its score by 27% in the past 3 years. Nonetheless, it still lags the other major brands, as well as the industry’s overall average level of customer loyalty. 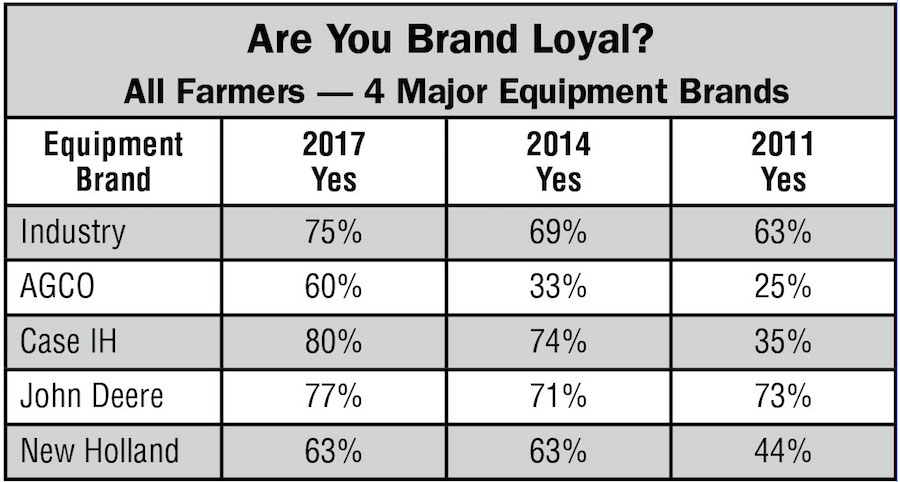 Case IH edged out John Deere — 80% vs. 77% — in terms of the total percentage of each company’s customers who say they are loyal to “their” brand.

Overall, the manufacturers lost some ground in this area. Industry-wide, without regard to brand, 21% of farmers reported being “more” loyal and 23% reported being “less loyal.” Over half, 56% said they feel about the same as they did 5 years ago.

The only new question added this year asked farmers if, in light of the ongoing low commodity price environment,” would they be “more willing to con­sider brands other than the one that you would typically prefer?” Overall, nearly one-half, 49%, of farm­ers responding to the poll said “yes” they would be willing to consider another brand of equipment.

Nearly two-thirds of AGCO farm­ers (63%) reported that they would be more willing to consider anoth­er brand of equipment; and 40% of Case IH farmers also said they would consider other brands in the current ag economy. 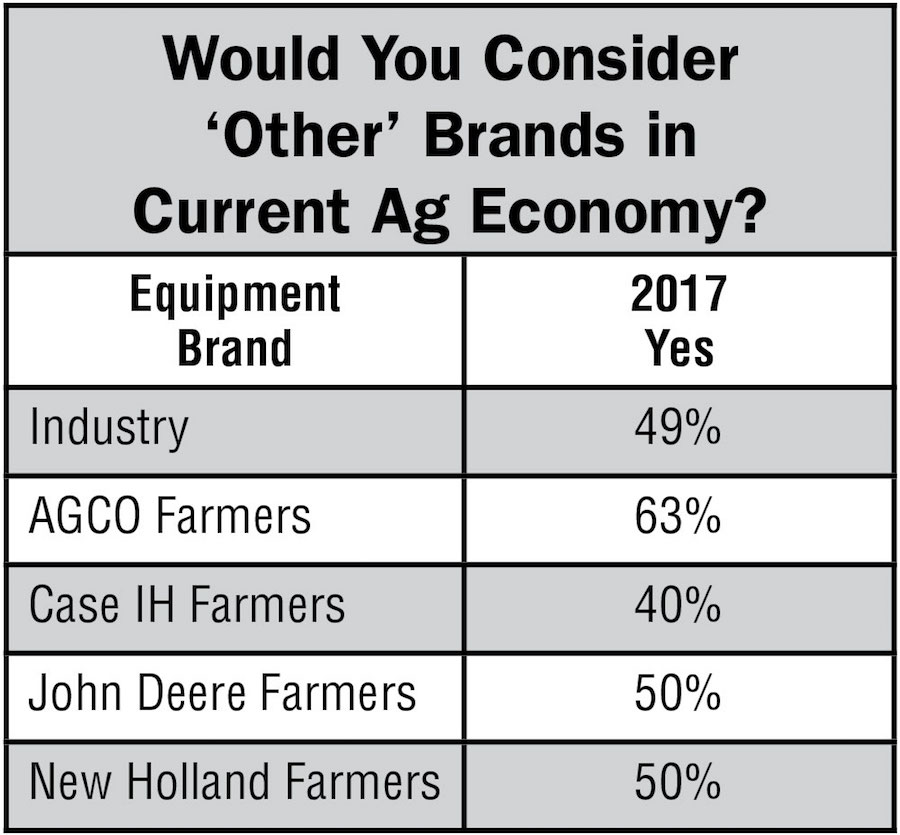 John Deere and New Holland farm­ers were split evenly with 50% will­ing to look at other brands of farm machinery considering the current state of U.S. agriculture.

The extended report appears in the September 2017 issue of Farm Equipment. The full report, including has farmers rated their individual brands appears online only at www.Farm-Equipment.com following release of the September issue.

Brand Loyalty Part 1: Most Farmers Still Loyal to ‘Their’ Brand

Farmers Still Loyal to Their Brands