How Will Case IH Respond to Precision Planting Sale?

Slightly more than 18% say Case IH will invest in its own proprietary solutions vs. 31% who responded this way when Deere was the heir apparent. About 10% think Case will acquire another manufacturer or supplier compared to 17% in 2015 and 16.3% think Case will create a similar partnership with another technology source vs. 29% when the Deere deal was announced. 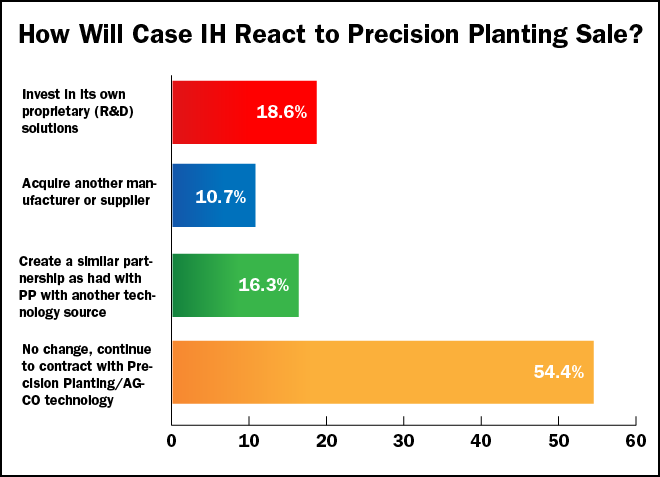