Midwest Farm Lending Up, But Not Much for Equipment

By Dave Kanicki posted on May 22, 2015 | Posted in Manufacturer News

Loan volumes for almost all farming purposes rose at commercial banks, as many producers contended with tighter profit margins, according to the April 2015 edition of the Agricultural Finance Databook from the Federal Reserve Bank of Kansas City. Agricultural lending continued to grow in the first quarter of 2015, but the smallest percentage of overall loans were for farm machinery and equipment, which showed little or no increase vs. a year ago.

The national Survey of Terms of Bank Lending to Farmers, conducted during the first full week of February, indicated the total volume of non-real estate farm loans was $8.1 billion more than in the same period in 2014. “Overall, growth in loan volume was driven by increased borrowing for current operating expenses and livestock purchases,” said Nathan Kauffman, Omaha Branch executive, and Maria Akers, associate economist.

“Current operating loan volumes grew for the third year in a row following several quarters of depressed crop prices. Demand for operating loans could remain elevated as futures markets for fall crops show prices are expected to remain low due to the possibility of another record harvest. This year, input costs were expected to decline less than crop cash receipts, which could put additional downward pressure on farm income and further increase the need for financing to cover expenses,” they said.

“This shift from floating to fixed interest rates was most pronounced for livestock loans, excluding feeder livestock and farm machinery and equipment loans. Interest rates on non-real estate farm loans increased modestly in the first quarter of 2015, after declining steadily since 2007, and this uptick could have prompted more farmers to further ‘lock-in’ at historically low rates.”

While tight profit margins are resulting in increased borrowing and reduced capital spending beginning in late 2014 and into 2015, farm income has yet to fall below long-term historical averages, and recent data have shown only minimal declines in credit conditions, according to the KC Fed report.

“Relatively strong credit conditions have been partially supported by extraordinary profits among crop producers the last several years and, more recently, record profits for cow/calf producers. If the declining trend in farm income persists, however, agricultural credit conditions could weaken more noticeably in the future.” 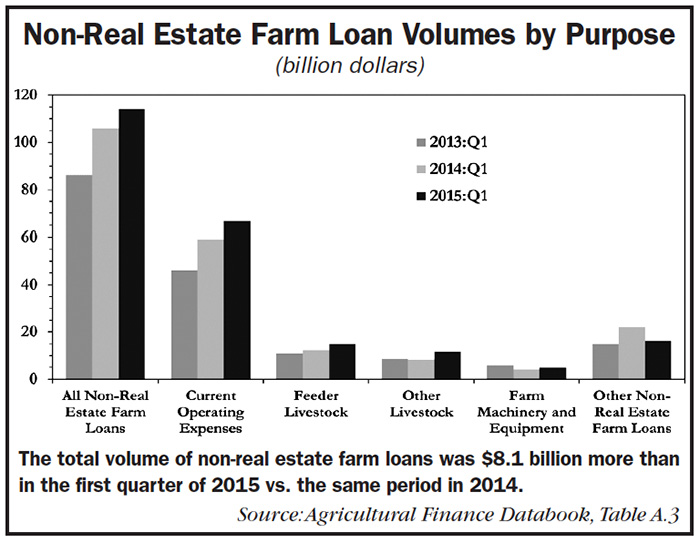 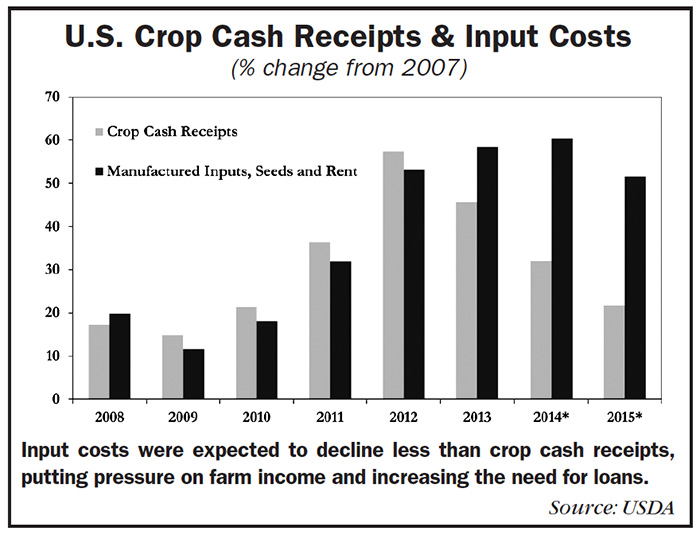 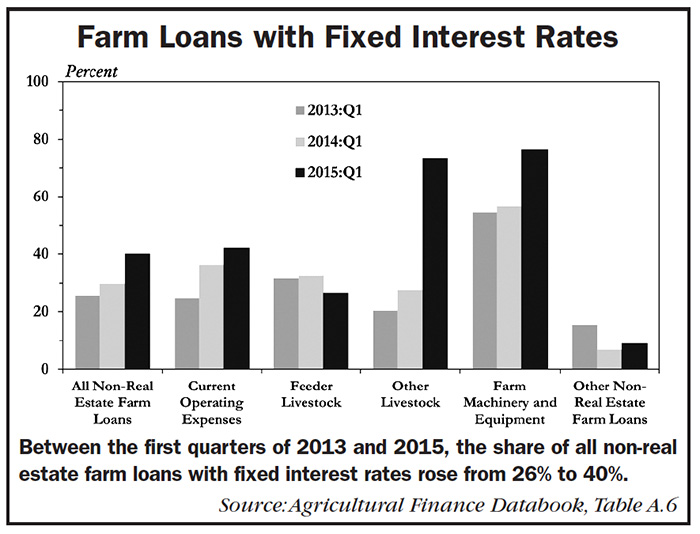