Let’s talk used hay equipment, specifically round balers. In 2015, auction prices held steady for used round balers in good condition, but a lot more showed up for sale.

I mean a lot more.

To confirm these points, we’ll zero in on John Deere 568 round balers. The traffic numbers for the dealer listings section on MachineryPete.com show the John Deere 568 was the most searched baler model in December 2015.

The number of John Deere 568 round balers sold at auction in 2015 took a massive 85.4% jump versus the previous year, primarily because of wholesale auction numbers.

Check out the accompanying data table for more details on some of the John Deere 568 round balers that sold at auction this past year. Note the “Type of Auction” column, which shows almost every baler sold at some type of wholesale auction (consignment, dealer or online).

An 85% jump in the volume sold at auction normally means falling values—the law of supply and demand, right? Well, not in this case; the average auction price on John Deere 568 round balers actually went up 4.4% in 2015 to an average $16,923. Here’s a look at values for the past five years: 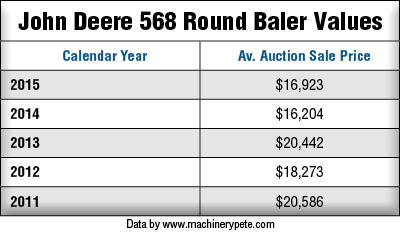 The “holding” pattern with used round baler values in late 2015 was in step with all used hay and forage equipment. In the chart below, check out the rising trend line for used hay and forage equipment values from late 2011 through mid-2014 and then notice values level off thereafter (graph compiled from Machinery Pete auction data and published in the Machinery Pete “Used Values Index,” 4th quarter 2015). 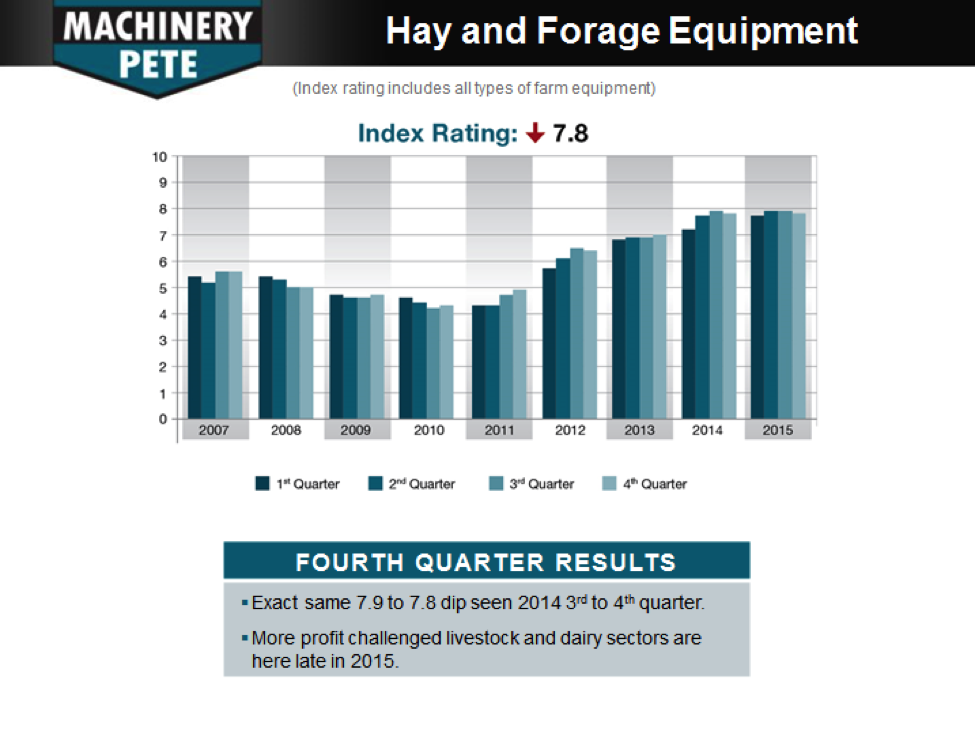