2015 was the year of used combine values finally finding some footing. Until December that is. Then, wow, what a drop.

That’s a different kind of wow there. Now to be fair, a number of those John Deere S670s were rice machines out of Louisiana sold at Ritchie Bros.’ very large consignment auction Dec. 16 near St. Louis. It’s tough to sell those machines when they are not set up for Midwest use. Even so, the trend of falling values on late-model used combines during December 2015 wasn’t isolated to one particular model or color.

Nope, it was across the board.

Check out the accompanying data table for some proof. These are all later-model used combines sold at auction in late November through December. Notice in the far right-hand column (Type of Auction) that the great majority of these used combines sold at wholesale auctions, so consignment, dealer or online sales versus farm retirement or estate auctions.

I found another set of statistics from December to be very interesting proof of dwindling buyer demand for used combines as the calendar was about to flip to 2016. Our MachineryPete.com website experienced a robust 16% jump in traffic during the month of December as more farmers searched for used equipment with us, thanks to our on-going multi-media promotional push. Over half our search traffic in December came via mobile cell phones or tablets, which is proof we all live on our devices these days. MachineryPete.com saw a 6% increase in mobile traffic in December to our 175+ HP Tractors category and a huge 24% spike in mobile traffic to our “planting” categories.

But there was a 14% decline in mobile search traffic to our “combines” category during December versus November.

So, a big jump in the number of machinery auctions and the number of late-model combines up for sale in December, at the exact same time fewer folks were in the used combine buying mood. That’s the recipe there for the falling values I saw on combines in December.

What does early 2016 hold for the used-combine market? Stay tuned. 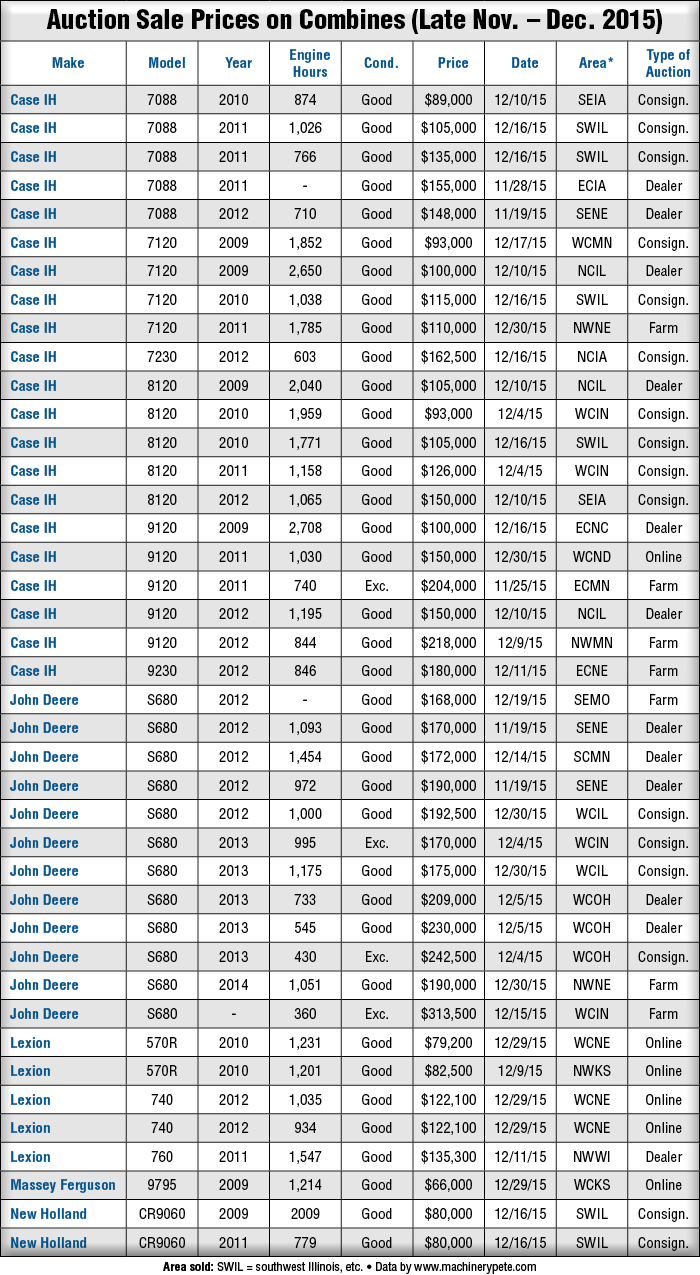