I didn’t see this one coming.

Values on used combines are surprisingly strong here early in 2016. Values are even holding to up (yes, up) on some slightly older used models in that 5-10 year-old range. I was not predicting this development, particularly after the very soft last 3 weeks of December where we saw lower sales across the board on used combines.

TIP FOR DEALERS: If you use the auction route in your used equipment management tool kit, try hard to avoid those “jammed up” times of year for machinery auctions, December in particular. It’s best to get out ahead of the rush if you can, and it makes your sale and your machinery stand out more which equals strong sale prices. December 2015 saw a glut of large wholesale auctions all over. 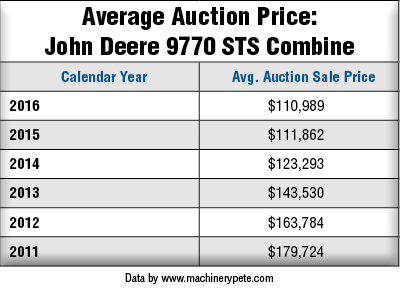 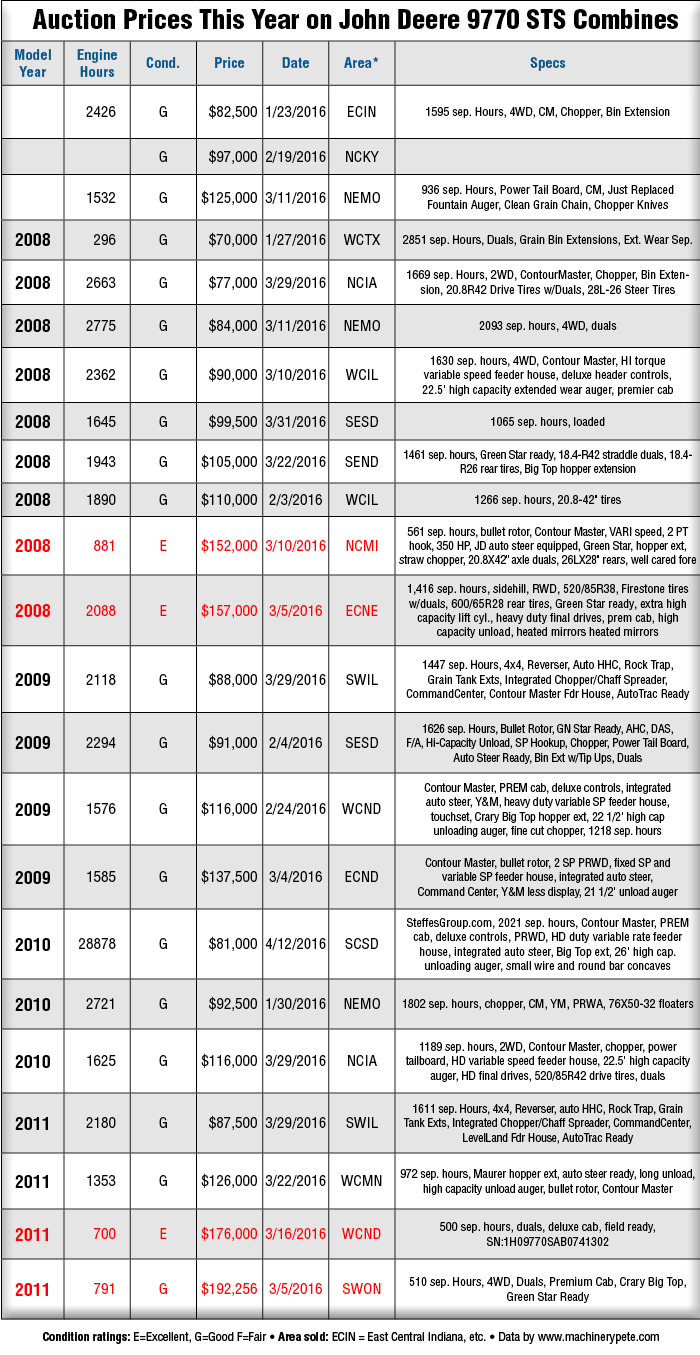 So what is happening here? Well, I think in part it has been farmers with fairly strong balance sheets have had some time and chewed on the reality that right now here early in 2016 is a great buying opportunity to upgrade into late model used. This was a theme I’ve constantly preached to our Machinery Pete farm audience since late last fall: ”Eyes wide open folks, the time to be a buyer is now. Talk to your local dealer, see what they have for deals, keep an eye on the auction market, lots of sales coming.”

I know farmers have been listening. They tell me so. At Commodity Classic in New Orleans in early March an Iowa farmer came up to me and said “Pete, I took your advice. I just bought a really nice S670 from my local dealer and got it for a very good price.” In the middle of writing this blog for Farm Equipment I talked to another farmer, who told me about the incredible financing they got from the dealer on a Case IH 5130 from their local dealer. That’s a happy buyer.

So will this surprising trend of slightly stronger used combine values hold through the spring and summer months of 2016? That’s a good question. We’ll see. One thing I would point out is that for each of the past 11 years I have noticed auction sale prices have gone down during second quarter.