The Possibilities of 3-D Printing in Ag 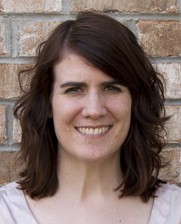 It amazes me how fast technology is moving these days. I just upgraded to an iPhone 5S this summer, and now I hear the iPhone 6 will be out in September. After having it for just 3 months, my cell phone will already be out of date. Technology in the ag equipment world is moving at a record pace as well.

From planters designed to seed fields at 10 mph to implements that are guiding their tractors, there’s no shortage of technological advancements when it comes to farm equipment. But it’s not just what the equipment dealers are selling that’s advancing. Technology that can be used within the dealership is progressing as well. One example is 3-D printing that can be used to make parts at the dealership rather than ordering them from the manufacturer.

Robert Saik, founder and CEO of The Agri-Trend Group, says in his new book The Agriculture Manifesto that 3-D printing is one of the drivers that will shape agriculture in the next decade.

There’s no doubt the technology is there to make this a reality. Manufacturers are already using 3-D printing for prototyping purposes. But, how viable is it for dealers to start printing their own replacement parts? While it’s starting to get a lot of attention, my gut is telling me not very, at least not in the near future — but it’s coming.

We polled dealers a few weeks ago and asked them if they would invest in 3-D technology to print small parts with a 3-D printer in their shop. Just over half of the dealers who responded said they would if the cost could be justified. That cost — for a 3-D printer that uses metal — is upwards of a quarter of a million dollars. And that’s just the cost of the 3-D printer, not the materials needed to print anything. That’s a hefty price tag to justify.

Another roadblock is getting manufacturers to agree to share the design files for the parts. Just like dealers, manufacturers make money selling parts so it doesn’t seem likely to me that they will be jumping at the chance to let dealers bypass them in this regard. However, they might be willing to share the design files for older or obsolete parts, which opens a door for dealers to get involved in 3-D printing. Manufacturers would no longer have to stock parts that are rarely requested, and dealers wouldn’t have to turn away a customer looking for parts.

Two 3-D printer manufacturers we spoke with for a story in this week’s episode Ag Equipment Intelligence’s “On the Record” said the technology could be in dealerships in as little as 5 years. The technology is certainly attractive, but 5 years seems a bit optimistic to me. The cost would need to come down significantly and manufacturers need to get on board with sharing proprietary information. Maybe in 10 years we’d be lucky to see this technology popping up in some of the more progressive dealerships.

Then again, my new cell phone will be obsolete in a month, so maybe I’m wrong. What do you think?

Is 3-D Printing Coming to a Dealership Near You?

Could 3-D Printing Be Coming to a Dealership Near You?