Low unemployment, declining populations and a widening skills gap are all contributing to the challenges farm equipment dealers face in workforce development. Solving the problem needs participation from dealers, associations, OEMs, schools and the community.

Workforce development is an issue impacting all sectors of the U.S. and Canadian economy, and farm equipment dealerships are no exception. Currently, unemployment rates in both countries are low — 3.6% in the U.S. and 5.7% in Canada. The challenges that come with finding good, qualified employees who are ready to go to work for you aren’t going to get easier in coming years unless some serious effort is put into place now.

What do birth and fertility rates have to do with finding dealership employees? A recent report in the Wall Street Journal (“U.S. Births Fall to Lowest Level Since 1980s,” May 15, 2019) said, “The decline has important implications for the U.S. economy and workforce. The total fertility rate — an estimate of the number of babies a woman would have over her lifetime — has generally remained below the ‘replacement’ level of 2.1 since 1971. A fertility rate falling farther below replacement level means that, without enough immigrants, the U.S. could see population declines and a workforce too small to support a growing segment of retirees.”

“This is a nationwide, cross sectional, cross industry problem. There are going to be thousands and thousands of jobs in the not so distant future, and there’s not going to be workers with the skills to do those jobs. There’s a total disconnect between educating the workforce for the jobs we’re going to have in 5 years, 10 years and 20 years,” says Natalie Higgins, vice president of government affairs, Equipment Dealers Assn. 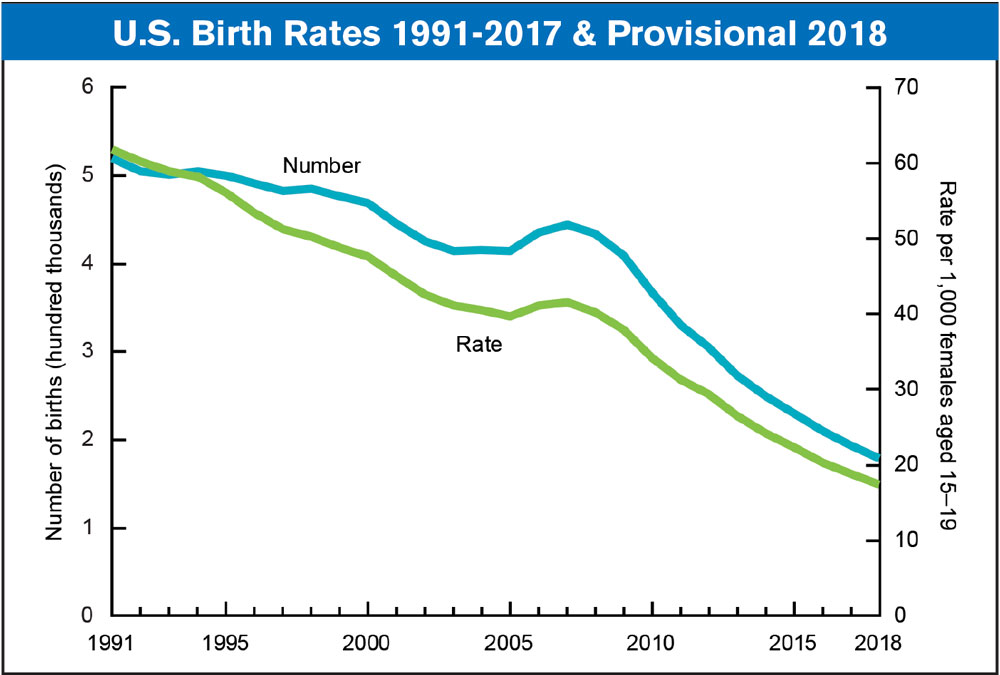 According to the National Center for Health Statistics, the birth rate in the U.S. hit its lowest level in 32 years in 2018. Birth rates have been on a decline for the last decade and are not at the point that without enough immigrants, the U.S. could see population declines a workforce too small to support the growing number of retirees.

With fewer people available to work, dealers, associations, school districts and manufacturers are working together to get in front of students at a younger age to attract them to the industry. “In talking with our industry partners, we realized everybody was doing a little bit of something and a lot of it was repetitive. How can we collaborate to bring the industry together, to consolidate some of this, and help everyone? As opposed to, each individual organization or group, or entity, doing their own thing,” says Joe Dykes, vice president industry relations, Equipment Dealers Assn. As a result, the first Workforce Development Summit was held in fall 2017, which brought together the association, dealers, manufacturers, the Assn. of Equipment Distributors and Assn. of Equipment Manufacturers to work together on a solution.

While filling all positions at the dealership is challenging, the largest problem is with service technicians, says Alex Hoffman, director of Communications & Marketing for EDA. “My personal opinion is that it’s partially a perception issue. There’s a stigma attached to the person who gets dirty, works with their hands all day, but there shouldn’t be. Those technicians are highly skilled and extensively trained to do that work,” she says. “Part of it is a societal issue. We’re pushing kids to go to 4 year colleges, but there are lucrative jobs, in other industries, that doesn’t require a 4-year degree. There’s a stigma there with vocational education vs. a standard 4-year college education.”

In addition to perception, Hoffman adds students don’t know how well paying some of these jobs can be. “People assume because you’re working with your hands and getting dirty, you’re going to be paid poorly. But, a lot of these technicians make excellent money, especially right out of the gate.”

To help fill the skills gap, EDA has put together a student resource database (www.equipmentdealers.org/workforce-development). The database includes a list of educational providers and scholarship providers at the state and federal levels that provides a one stop shop for students interested in the industry, says Higgins. The association reached out to all the tech schools included in the database to make sure they were aware of the resource and asked the schools to help promote it to students. EDA also has plans to work with FFA to help promote the database as well, Dykes says.

AEM is also actively involved in helping reach students. The association is devoted to filling the workforce pipeline by targeting K-12 students and has created a Workforce Development Toolkit (www.aem.org/workforce-development-toolkit) that dealers can download. “We want to give students an introduction to what a career in the equipment industry could look like,” says Kate Fox Wood, AEM director of government relations. “The toolkit makes the point that every local environment is different, and so these tools and products that we're offering are meant to be adaptable based on what your resources are or what your community looks like.

“This is a nationwide, cross sectional, cross industry problem. There are going to be thousands and thousands of jobs in the not so distant future, and there’s not going to be workers with the skills to do those jobs. There’s a total disconnect between educating the workforce for the jobs we’re going to have in 5 years, 10 years and 20 years…” — Natalie Higgins, vice president of government affairs, Equipment Dealers Assn.

“So, if you've already got an amazing relationship, say, with a principal or a guidance counselor at an elementary school, go for it. Try to pick a tactic in this toolkit and work and improve that relationship and start there. Conversely, if you've got a better relationship at the high school level, go that track. There's not one prescription because there's just so many different scenarios across the country. We really make the argument that the toolkit is adaptable for a local environment, and that's where true success is going to rest.”

While there are positions to fill today, AEM is looking at the long-term game, Fox Wood says. “It's not just for AEM members, it's for anybody who wants to download it. None of this is proprietary information. This is a compilation of things that our members have implemented that we've seen in real practice, and we're just trying to get the word out because this is a collective issue that we all need to work together to solve. Thankfully, OEMs in particular are acknowledging that. The other thing they're acknowledging is this is a long-term play, which is a little tough for some of the smaller organizations or companies because they need immediate relief, but for a lot of our OEMS in particular, the pipeline track in a long-term play because they realize that it's been neglected. Yes, we try to seek immediate solutions, but at least for the role that AEM plays, it's really more of a long-term game.”

Another resource is the National Assn. of Ag Educators, which oversees curriculum development and training for ag educators across the country, Fox Wood says. There are two tracks within the ag curriculum, specifically related to equipment, that is taught in high schools. One is ag power technology and the other is mechanical systems.

“The curriculum was developed in partnership with companies like John Deere. What we saw was that ag educators were currently certified to teach and were teaching other ag curriculum tracks, but not necessarily teaching the tracks that were related to equipment,” she says. 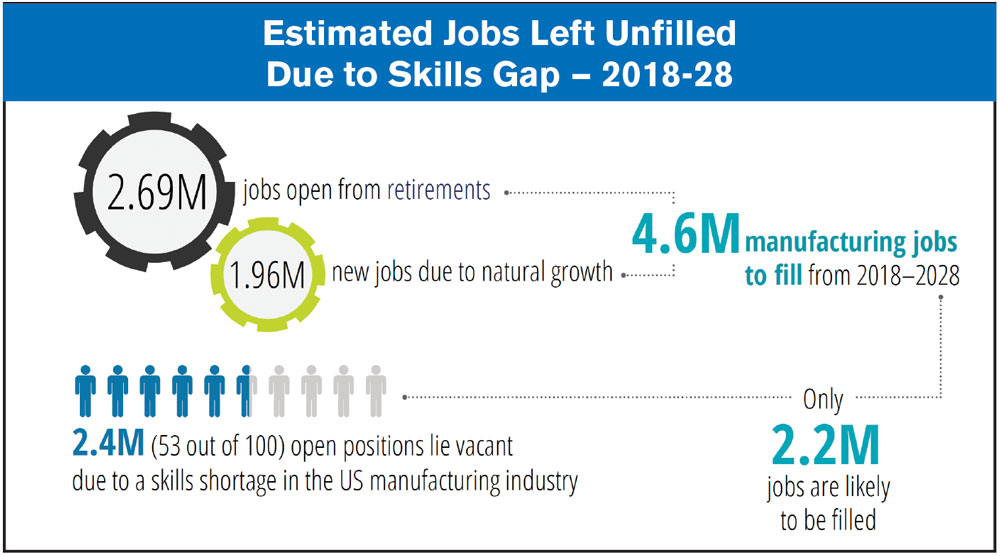 AEM, EDA and the Farm Equipment Manufacturers Assn. have teamed up to provide a partial scholarship program — Curriculum for Agriculture Education (CASE) — for ag teachers to attend training during the summer to be certified to teach equipment-specific courses. “This past year was the first time we did it. We had over 30 ag educators get certified this summer to teach these ag-specific or equipment-specific courses in their classrooms to their students” says Fox Wood. “It’s estimated that they'll teach about 2,300 students in the 2018-2019 school year. We're going to be doing that again. It was so successful.”

Fox Wood adds that dealers and OEMs have been given the names and contact information of local teachers who went through the program and have been encouraged to reach out and facilitate a relationship with them. “These educators, as a condition of their receiving this scholarship, they indicate that they would be willing and excited to get to know a nearby equipment manufacturer and/or a dealer so that there's a compliment to what they're teaching in the classroom,” she says. “Again, that's that local facilitation that we're trying to get. It's not just giving them money and getting them certified, it's also about connecting ... It's hopefully delivered a short-term ROI to a dealer looking for that connection.”

From the Archives: Vision for Tomorrow Requires Solutions Today