According to Ag Equipment Intelligence’s most recent Dealer Sentiments & Business Conditions Update survey, a net 55% of dealers reported new equipment inventories as “too high,” a deterioration from a net 53% in the previous month. Meanwhile, used equipment inventory levels improved with a net 37% of dealers reporting inventory as “too high” vs. 44% the month before.

Survey respondents reported flat pricing in small tractors. Large tractors were reported down 8% year-over-year on average vs. previous month’s decline of 9%. Used combine pricing was down 14% year-over-year vs. down 13% the month before.

The December survey had 116 respondents representing combined annual revenues of about $5.4 billion. 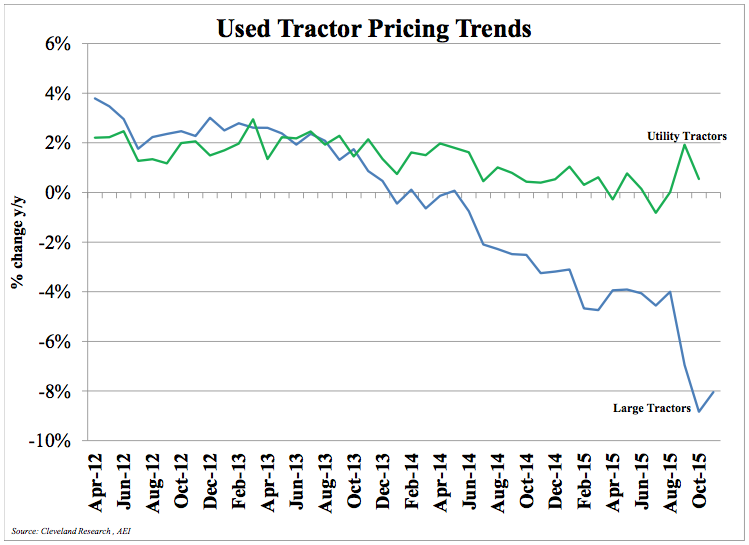 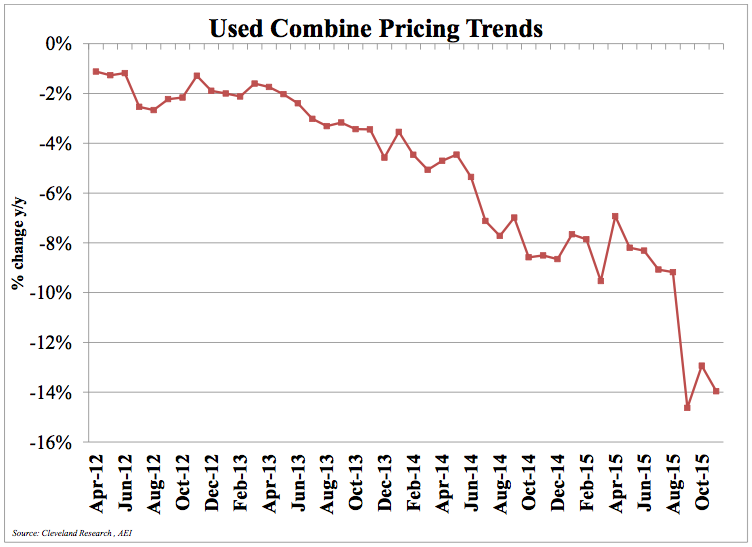 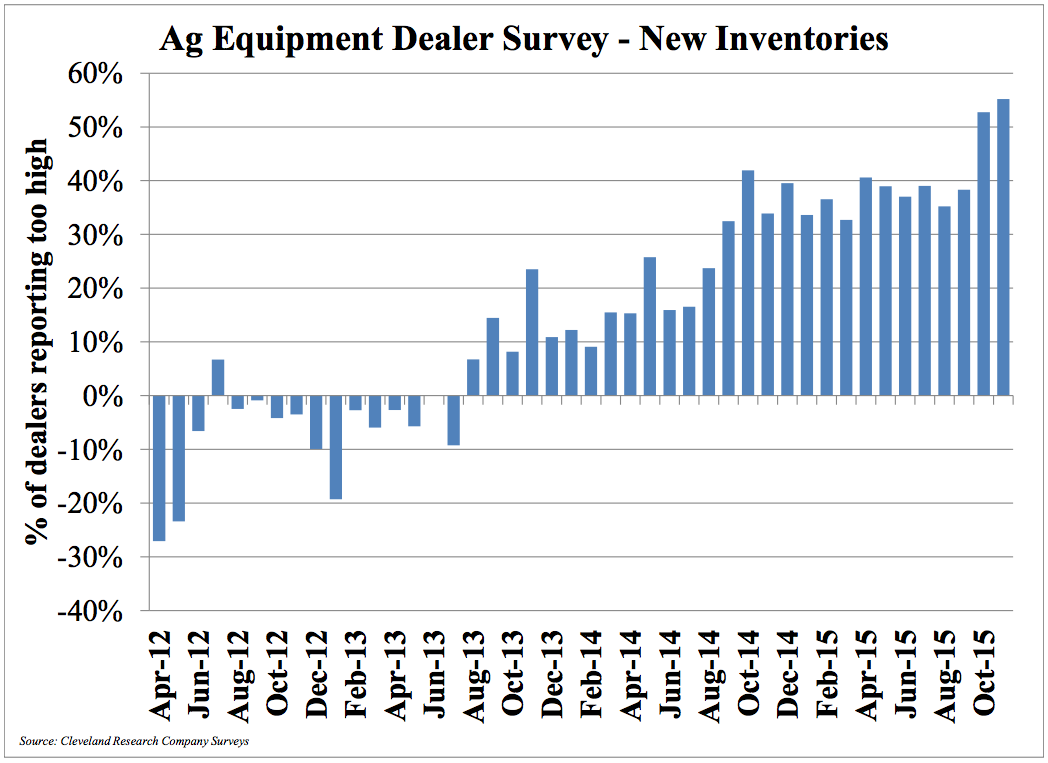 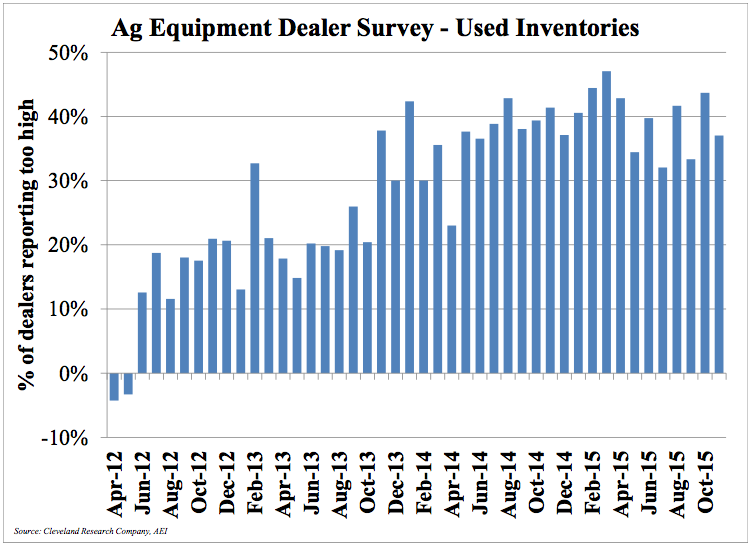 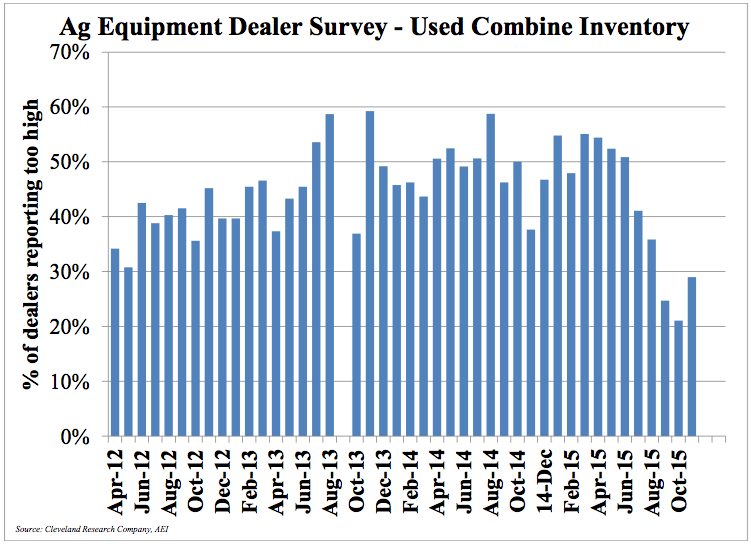