First the good news on North American used farm equipment inventories: Only 21% of dealers responding to Ag Equipment Intelligence’s most recent Dealer Sentiment & Business Conditions Update survey are reporting their used combine levels as “too high” (click to jump to Used Combine Inventory chart below). This is the lowest level we’ve seen in more than 3 years.

In addition, combine inventory has improved every month since March and appears to be in better shape than general used inventory levels since August. Also, used combine pricing improved slightly, declining only 13% year-over-year in October vs. down 15% in September (click to jump to Used Combine Pricing chart below).

As for the bad news, a net 44% of dealers reported overall used equipment inventory as “too high” vs. 33% in September (click to jump to Used Inventory chart below). October saw flat pricing on small tractors, but large tractors were reported down 9% year-over-year on average, a step-down vs. September’s decline of 7% (click to jump to Used Tractor Pricing Trends chart below).

Overall, used equipment inventory and pricing trends appeared to be moderating as the industry nears the end of 2015. 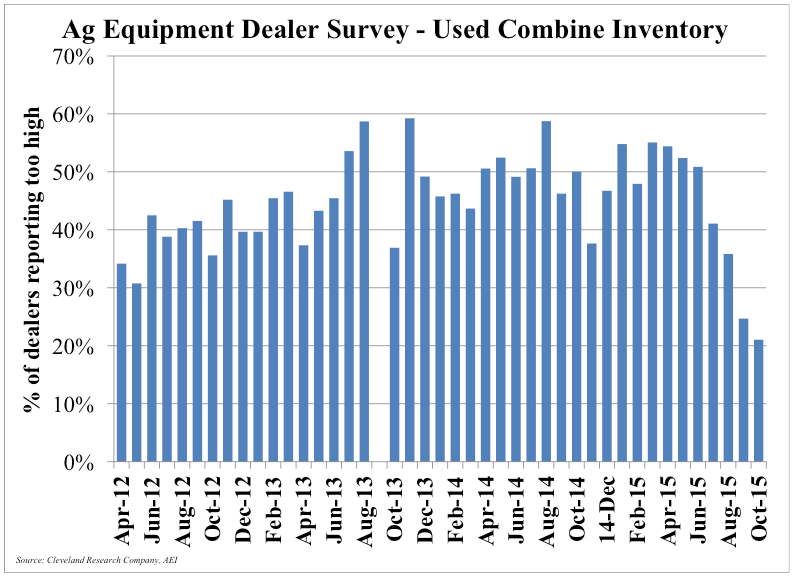 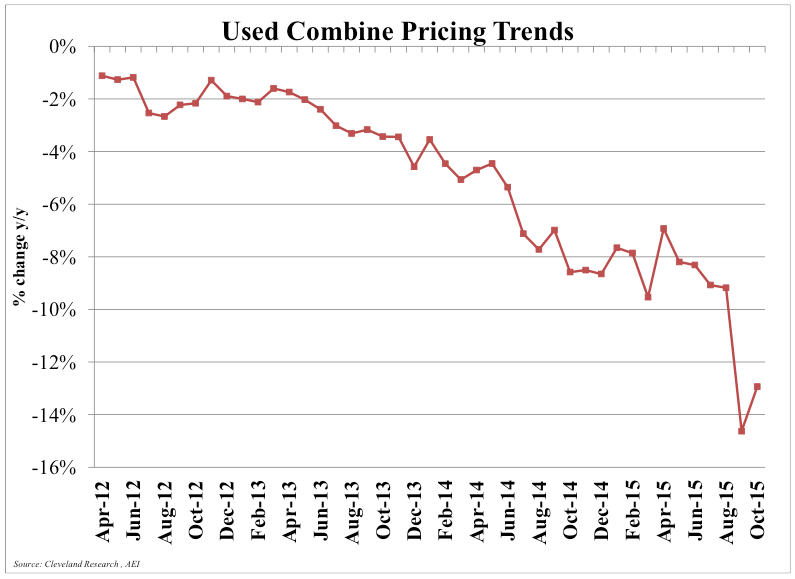 Do You Want Good News or Bad News?