By Dave Kanicki posted on March 12, 2015 | Posted in Dealer Succession

The retail side of the farm equipment business will need to undergo a significant transition on how it has traditionally viewed the skillset required to manage a dealership. The rapid consolidation of dealerships has already forced a paradigm shift from a “manager” model to a “leader” model with the biggest dealer groups. But that transformation will also need to take place with the smaller dealer groups — those in the 1-5 store category — if they hope to profitably compete in this increasingly demanding business.

According to Floyd Jerkins, who delivered the keynote address at the 2015 Dealership Minds Summit, many dealers are under the mistaken notion that the major equipment manufacturers have been the catalyst for consolidation. “You need to understand that your OEMs are not driving these changes,” he says. “Your customers are driving them.”

Jerkins, who discussed the “components that make up effective leadership,” is the president and project director of Jerkins Creative Consulting, which has worked with hundreds of machinery dealers. He has seen these transitions at their best and at their worst.

In this special keynote presentation, Jerkins focused on the “management readiness void” that dealers are facing and set forth the challenge of solving it through leadership development, which requires eager and interested teachers — and pupils.

Jerkins’ organization has been involved in testing dealer personnel for the past 7 years. “Our testing reveals a lot and we’ve found that financial literacy is well below the curve. Operational literacy is well below the curve of where it needs to be. And when you get into the human resource side, there are a tremendous number of shortcomings,” he says.

Jerkins produced a checklist of typical “core competencies” that are often used to select top- and mid-level managers, though he says, the list shown isn’t necessarily all of the characteristics of successful managers or leaders (see table below). He asks, which are the most important when selecting a CEO, or the top management person for a dealer organization.

Setting aside the candidate who owns the most stock in the company, Jerkins says, in the past, we looked to those with the highest level of customer, technical, product and OEM knowledge for upper management. This often came down to the dealership’s top salespeople as the best candidates. 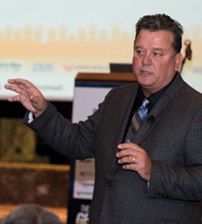 For generations, the question that was asked by dealers when searching for managers, according to Jerkins, was, “Can someone succeed or excel as a manager in a farm equipment dealership if they don’t have a solid technical background? In other words, can you manage it if you can’t do it? The paradigm was you have to be able to have done it before,” he says.

“In all my years in this business, these questions were the hinging points for many dealers. They would tell me, ‘Well, they’ve got to have done it before so they can manage it.’ I’ve never agreed with this position, but it was the criteria dealers often used to promote or hire key managers,” says Jerkins.

To make his point, Jerkins used three successful coaches as examples of individuals who weren’t particularly adept athletes, but who became outstanding and highly successful coaches because they developed the skillsets required of leaders. 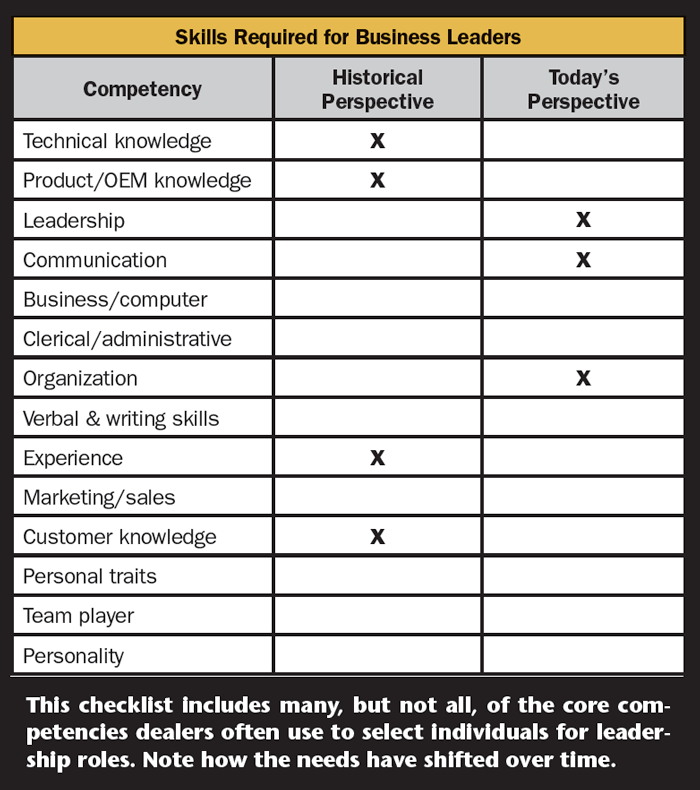 These included Mike McCarthy, who is head coach of the Green Bay Packers. So far he has won one Super Bowl and is tied with the great Vince Lombardi for most wins by a Packer coach. His playing days consisted of being a tight end at Baker University.

Another was Mike Krzyzewski, head basketball coach at Duke. After starting one year for the Army basketball team, he is now one of the winningest college basketball coaches of all time (900-plus) with four NCAA championships to his credit.

Tony LaRussa’s playing experience included 132 total major league baseball games, 40 as a starter, with a lifetime batting average of .199. As a professional manager, he is third all time in wins (2,728), four times the manager of the year and has three World Series titles. 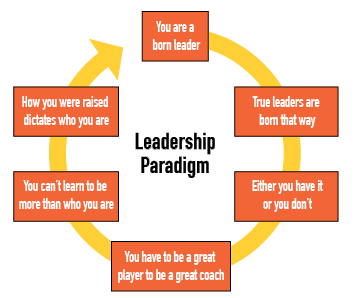 This chart illustrates many of the paradigms that must be overcome in selecting individuals to fill leadership roles.

Today, especially as dealer groups have grown into multi-store organizations, the skillsets have changed. “What predicts success at the CEO level today are good verbal, writing and presentation skills. That person needs the ability to stand up and clearly convey a message. They need vision to chart the path to growth and profitability, and the ability to develop and implement sound strategies.”

What about financial skills? “Are these critically important? Yes,” says Jerkins. “But they are not the most important skillset for the CEO. That’s why you have a CFO or controller. There are no technical skills that override strong communication and people skills for today’s leaders. Opportunities will be immense for those who can manage the people side of the business,” he says.

Wrapping up, Jerkins adds, “Remember, the CEO is the air traffic controller, not the pilot.”

One View: Why Dealer Consolidation Needs to Happen

Getting a Do-Over: What Dealers Would Do Differently After an Acquisition