No One In Ag Wins with Steel Tariff

Ag equipment sales were starting to improve in the last few months. Dealer sentiment has been more positive the last several months. All in all, things were starting to look a lot better for the farm equipment world. Then last week, President Donald Trump pledged to impose a 25% tariff on foreign steel that is scheduled to be enacted this week. From equipment manufacturers, to dealers to the farmers themselves, a tariff on steel only hurts the ag industry.

“The first thing you hear, and it's universal, is there's total alarm out there in our industry,” says Dennis Slater, president of the Assn. of Equipment Manufacturers. “What's going to happen here is you put this tariff on this, and you raise the price of steel for [manufacturers], you're going to basically raise the cost of their equipment at a time, really, when especially in the ag economy, it's pretty fragile out there. Sales are starting to improve a little bit, but not that much, and you're at a time here we're going to raise costs, costs they probably couldn't pass on to the farmer at this point, so that's pretty alarming.” 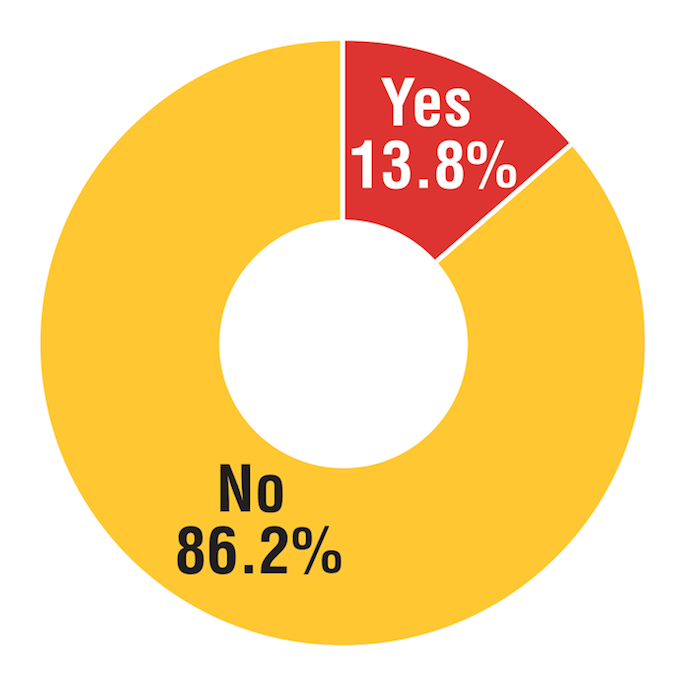 A lot of the talk since the news on the tariff broke on March 2 was that Trump was aiming the tariff at China. A Reuters report says China accounts for just 2% of U.S. steel imports, and it doesn’t even make the list for top 10 sources for imported steel. According to the U.S. Department of Commerce and the International Trade Administration, Canada — a country that up until recently we had a pretty good relationship with on all accounts — is the source of 16% of U.S. imports for steel. Brazil, South Korea, Mexico and Russia round out the top 5.

So, while we’re not exactly hitting China where it hurts with steel tariffs, they could sucker punch us back — China is the U.S.’s largest soybean customer. According to the American Soybean Assn. (ASA), China purchases more than all other international customers combined — $ 14 billion in sales, and more than a third of total U.S. soybean production. The potential for other countries to retaliate with tariffs of their own is a very real possibility, and one that could hurt both the U.S. ag economy and the economy as a whole. The ASA says retaliation by China could be devastating to U.S soy growers. “Our competitors in Brazil and Argentina are all too happy to pick up supplying the Chinese market,” says John Heisdorffer, ASA president and an Iowa soybean grower.

“Retaliation from China would add significant injury to an already-hobbled farm economy. Prices are down 40% and farm income is down 50%, and we simply can’t afford for those numbers to get worse,” the ASA says.

For the time being, China is still buying U.S. soybeans though. On Friday, USDA announced export sales of 268,000 metric tons of soybeans for delivery to China during the 2017-18 marketing year.

“Farmers oftentimes get stuck in this tit-for-tat retaliation,” Kristin Duncanson, who raises soybeans, corn and hogs in south central Minnesota, told NPR while in California for Commodity Classic last week. “It just is not good for American agriculture … We figure here in Minnesota, about one in every third row of soybeans gets exported.”

Manufacturers are certainly concerned about what it will mean for their costs — which are bound to increase, and relatively quickly. Vernon Schmidt, executive vice president, Farm Equipment Manufacturers Assn., says, “With equipment dealers’ holding very limited implement inventory, higher steel costs are likely to make their way through the distribution network quicker than some end users would expect. It’s hard to think of a worse time to drive up the cost of equipment purchases for farmers and ranchers, but manufacturers will likely be forced to pass cost increases on very quickly.”

The cost to manufacture isn’t the only pain point for manufacturers, Slater says. “The equipment manufacturers depend so much on the export market. About 30-35% of their manufacturing is going to go into exports, and now the machines are more expensive. So you undermine their competitiveness globally. While they face the higher-priced steel, their competitors overseas are really with the lower-priced steel, and will be able to basically undercut them on price for their machines. They get hit both on the cost of production here, and they get hit on trying to stay competitive worldwide.”

Slater adds, “It makes the U.S. a more expensive manufacturing base at a time when you're really seeing this resurgence in manufacturing in the U.S. It's incredible that you would take tax reform, which was this great effort here to help the economy and move us forward, and almost cancel it out by putting tariffs on the same manufacturers who had benefited from that tax reform.”

Trump has said that he’s willing to negotiate on the steel tariff with Canada and Mexico in talks aimed at updating the North American Free Trade Agreement, but overall has stressed that he’s not backing down on the tariff. That may help the situation a little closer to home, but there’s still a lot of world out there that the U.S. farm economy does business with. There is some mixed messaging coming out of the White House though, Peter Navarro, the White House's director of the office of trade and manufacturing policy, said on CNN's State of the Union Sunday: “As soon as you exempt one country, then you have to exempt another country ... If you exempt Canada, then you have to put big, big tariffs on everybody else."

We’re continuing to talk with manufacturers, dealers and farmers on what the tariff will mean for their business and are keeping an eye on any news out of Washington. I encourage you to share your comments below or send me an email at kschmidt@lessitermedia.com or call me at 262-777-2431.