Dealer-Manufacturer Issues Move to the Back Burner

It wasn’t too awfully long ago when we surveyed farm equipment dealers about their biggest concerns, inevitably issues with their manufacturers would be ranked among their most concerning dilemmas. From dealer purity and succession planning to industry consolidation, many dealers were angry or fearful about their manufacturers tactics and plans to give their business to another dealer. They more readily made their feeling known a few years back.

That’s not so much the case in today’s ag environment as dealers, out of necessity, have been forced to focus with laser-like intensity on sales and their bottom lines. Most don’t have a lot of time or energy to worry about what the majors were planning to do to or with them. Or maybe they’ve become resigned to the fact that they are not in their major’s plans and are trying to hang on as long as possible. Or maybe their trying to annoy their major suppliers until the inevitable occurs; a tactic that may not be particularly effective, but could be fun.

The results of Farm Equipment’s 2017 Dealer Business Outlook & Trends survey bears this out. Among the 17 “biggest concerns” going into 2017, dealer purity efforts by the majors was ranked #12, manufacturer succession policies #14 and dealer consolidation #17. (See complete list below.)

What got me thinking about how things have changed in the past 10 years is a recent report in Bloomberg’s Business Week about burger maker McDonald’s efforts to consolidate its franchisees. While businesses like McDonald’s seem to have very little in common with farm equipment dealers when it comes to products, or customers for that matter, the business parallels that are driving consolidation trends are similar.

In the Business Week report (“McDonald’s Is Pushing Out the Small Fries” by Leslie Patton), these three paragraphs tell a story that many farm equipment dealers are all too familiar with.

“McDonald’s has long been famous for its small-owner-focused franchise system, in which entrepreneurs with only a store or two would sweat the details of their restaurants, yielding better customer service. Lately, however, the fast-food giant has begun shedding mom and pop owners in favor of bigger operators.”

Many long-time equipment dealers will be able to relate to what a Michigan McDonald’s franchise recently went through.

“After more than 3 decades of operating McDonald’s restaurants, Ted Lezotte in 2015 sold the last of his 6 stores in Michigan. Lezotte says looming costly remodeling — one rebuild was estimated at $1.9 million — helped spur his decision. ‘In today’s financial world, it’s becoming necessary to have more than a couple [of stores] to survive,’ he says. The chain is looking for franchisees who have 8-10 locations, he says: ‘Ten kind of gives you a good footing’ in case one isn’t doing so well. Of his 6 stores, 1 was closed, the rest sold to larger McDonald’s operators.”

In the halcyon times of the past, customer service was what drove both manufacturer and dealer (or franchisor and franchisee). It appears those days are rapidly disappearing in favor of pure profits.

“’The incentive to the McDonald’s franchisee was to run a great store, because that will help you get another store,’ says Mark Kalinowski, an analyst at Nomura Securities. Now, as the U.S. nears saturation, with more than 14,000 McDonald’s restaurants, the chain is trying to draw more sales out of each store and closing underperforming locations.”

I wonder if “underperforming” means lousy customer service or unprofitable. From my experience, the two have always gone hand in hand. I hope our dealers always remember this and keep the challenge of great customer service and profitability at the top of the list of biggest concerns — regardless of what their manufacturers are trying to achieve. 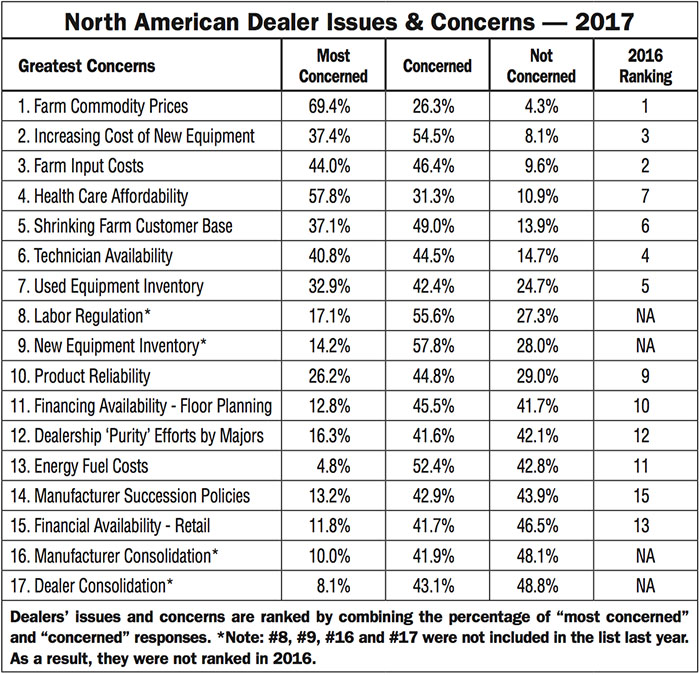 KEYWORDS Dealer-manufacturer relations From the Desk of Dave Kanicki

[Video] Dealer-to-Dealer Panel: After the Trade-In: Immediate Actions for Getting It Back Into the Market