What if there came a time when it was no longer economically feasible to grow corn in Iowa? I know this is crazy talk and the possibility of such a scenario is about as far fetched as getting an atheist to join you at an evangelical revival meeting.

Nonetheless, I couldn’t help but think about this very remote possibility while visiting Kern Machinery in Bakersfield, Calif., this past fall. This 4-store John Deere dealership is the subject of the special Dealership Minds coverage our team plans and executes every couple of years.

During the past 20-30 years, I’m not sure any agricultural region in North America has seen the magnitude of changes as that of Kern and Tulare Counties. Located at the southern end of the San Joaquin Valley, these counties are two of the most productive in the world when it comes to agriculture, with deep roots in cotton. 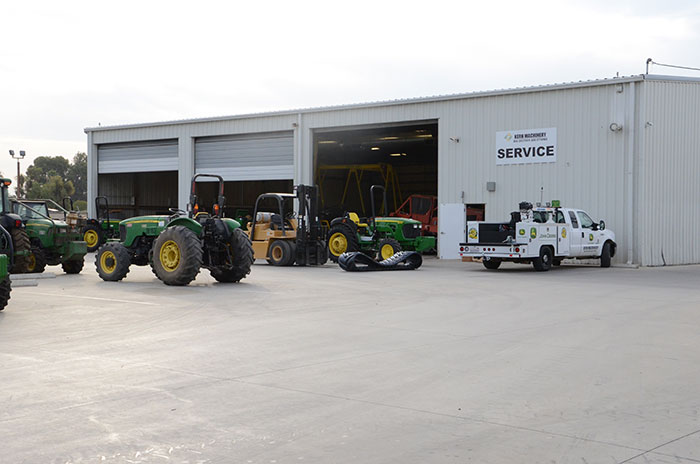 A look at the size of the service doors in the dealership’s facilities provides a clue that they weren’t built for the smaller equipment that the dealership specializes in today.

Staffers say they were built to work on cotton pickers. Unfortunately, they haven’t sold a cotton picker in more than a decade. One sales manager said, “The last one we had in here was repossessed from one of our customers.” That should tell you something.

Cotton, once called “white gold” in California, has nearly disappeared from the area. As late as the early 1980s, it covered more than 1.5 million acres of the state and produced nearly $1.2 billion of value for growers. More recently, production is down to less than 200,000 acres, producing less than half of its previous value.

So, imagine Iowa agriculture without combines. I’m pretty sure the farmers would figure out what to do with those acres of some of the most fertile soil in the world. The question here is what would equipment dealers do if their market for high horsepower tractors, huge planters and combines dried up.

Besides their obvious differences, these two states are #1 and #2 when it comes to the value of agricultural production. According to the most recent USDA data available, California produces nearly $43 billion annually vs. Iowa’s $31 billion.

Chances are Iowa farm equipment dealers will never face the sea change that California’s dealers have been going through. Yet, there’s much that can be learned from our colleagues on the West Coast.

Clayton Camp, president and co-owner of Kern Machinery, views the transitions his dealership has encountered as huge opportunities. Consider this: only 40% of the dealership’s revenue comes from the sale of wholegoods from its major supplier, while another 40% comes from specialty equipment manufacturers. This has opened the door to developing very close working relationships with key shortline suppliers to develop innovative products to ensure their customers are getting what they need — and to differentiate itself from other dealers in the region. This innovative approach is also garnering a significant level of customer loyalty.

In this video from the Dealership Minds Video Series, brought to you by Charter Software, Larry Sitzman, general sales manager for Kern Machinery in Bakersfield, Calif., talks about the dealership's shortline equipment relationships.

Changes are inevitable. But there’s a big difference in viewing change as an opportunity and wanting to do whatever it takes to succeed vs. viewing it as something you must endure and doing only what it takes to get by because you have to.

Back to February 2016 Issue Contents

Is It Time to Change North American Farm Equipment Lots?