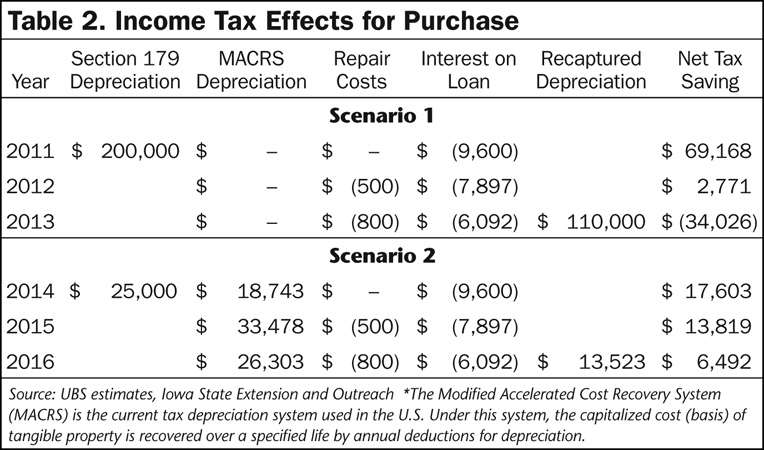 Large Farms Most Affected by Business Expensing and Depreciation Rules