Large Farms Most Affected by Business Expensing and Depreciation Rules

Most farm equipment dealers will tell you that at least part of the surge in new equipment sales during the past few years was fueled by generous depreciation rules. Despite this, the February 2013 issue of USDA’s Amber Waves suggests that it will be the larger farm operations that will be most affected by the upcoming changes to the rules.

The ability of business owners, including farmers, to deduct the cost of depreciable capital in the year of purchase reduces their tax liability and encourages additional investment. Although the cap is scheduled to drop in 2014, the American Taxpayer Relief Act of 2012 extended provisions allowing depreciable property to be expensed currently, while retroactively raising the 2012 expensing limit. Based on the 2010 Agricultural Resource Management Survey (ARMS), about 18% of all farms reported investing more than the prior 2012 expensing limit of $139,000, while just over 1% invested more than the revised limit of $500,000. 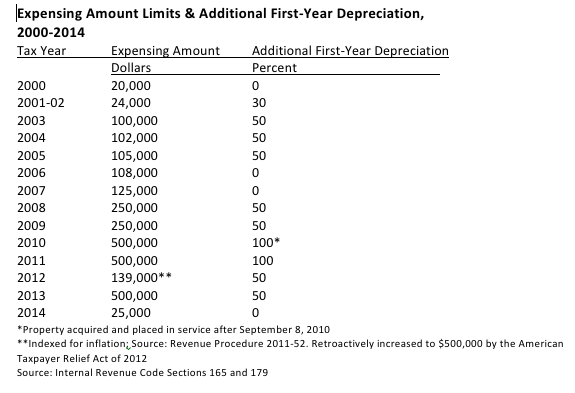 Small Family Farms Account for Most U.S. Farms and a Majority of Farm Assets