By Frank Lessiter posted on February 7, 2011 | Posted in Department Management 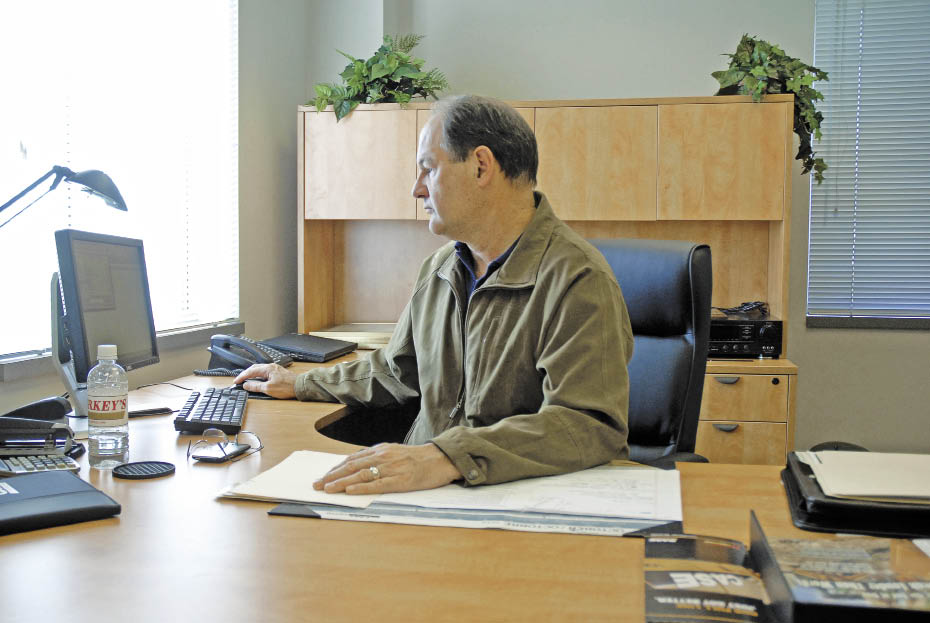 Years with Birkey’s: 34. (after graduating from college in 1973, Ron Birkey joined International Harvester as sales manager for an Iowa territory.

He returned to join Birkey’s two-store farm equipment business in 1977. He’s been president since 2000).

Birkey’s Farm Stores’ ownership structure is a big positive, says CEO Ron Birkey. Not only does each of the 6 stockholders have considerable experience in the farm equipment field, but historically, the owners also serve as high-level managers in day-to-day operations. Historically, there has never been a “silent partner” at Birkey’s — they’re all in the trenches daily and know what is truly happening in the business.

The fact that there is no majority owner is a huge part of the success, says Birkey, as the vast experiences of all stockholders are put to use. And it allows a seamless transition when an owner wants to retire.

In a typical family-owned dealership, it’s not uncommon for one person to own 90% or more of the stock. The problem, says Birkey’s, is that the next generation or the dealership itself often can’t afford to buy the operation when the principal wants to retire. And an outside buyer may not have the capital to buy it, either.

When a stockholder retires, as happened with two owners in December, the company buys back the shares via the buy-sell agreement. “If someone is a 10-20% stockholder, the company can afford to buy them out with a contract over time,” says Birkey.

Having top-level managers/stockholders on the board provides checks and balances and proper vetting of new ideas. As each has considerable farm equipment experience, decision-making is sound.

“The strongest thoughts and ideas rise to the top like cream,” says Birkey. “And the board won’t allow bad ideas to go anywhere.” Conversely, Birkey has seen how a sole proprietor can pursue a poorly conceived idea that can lead to the demise of the business.

As CEO, Birkey maintains he’s fortunate to have some of the best people in the industry running the various divisions and managing the staff.

When asked of specific company duties, Birkey shares a document that lists 31 specific responsibilities for his role as CEO, president and board chairman.

With the direction of the board, Birkey develops and communicates the company vision, develops strategic plans, communicates goals to the board and employees, oversees the management team, formulates company policies, encourages team building, allocates capital and develops valuable relationships with employees, outside vendors and customers.

He also negotiates the sale of selected assets to realize maximum value. He works with store managers to conduct facility reviews, negotiates asset purchases such as the new building in Bloomington, Ill., and is deeply involved in acquisitions.

“My routine is different nearly every day,” he says. “This job is not a mirror from one day to the next, which makes it fun.” When the board decided to purchase several dealerships in western Illinois, Birkey and his wife moved to the area to get the businesses started.

“It was important to have a management presence there, and our willingness to move helped sell the board on the project,” he says. “This temporary move was an education for me and hopefully provided a good service to my partners in getting things quickly established.”

As chairman, he organizes the agenda and direction of the board. As CEO, he reports to the board. And managers, who are in some cases owners, report to him in the operational role as CEO.

Birkey starts each day with a look into the current financial picture. Like other managers, he’s able to analyze information in many ways with the firm’s PFW computer system.

“My first screen shows different customized reports I can quickly pull up,” he says. “These include income statements and balance sheets for each division and individual locations, consolidation reports or anything I want to check on a daily, weekly, monthly or yearly basis.

“I’ll look at yesterday’s combined sales for all locations. I can call up an expanded view for each location, check used vs. new equipment inventory and sales. I can see how individual salesmen are doing and what individual customers are buying. I can look at individual invoices if I want to check the details of a purchase.”

The system also allows easy access to information for service work-in-progress detail or the evaluation of equipment sales. With all managers evaluating data on a daily basis, problems can be corrected immediately rather than waiting until the end of the month.

One piece of advice he has for all dealers, regardless of size, is vigilance with invoicing. With an average of $960,000 in daily sales, timely invoicing is essential to maintain cash flow.

The company has empowered its mid-managers with access to financial information and schooled them on basic financial and business principles, says Birkey.

“This knowledge enabled them to learn what works and also see what has a negative impact on the business,” says Birkey. “This lets them see the big picture and how each decision they make can have a significant impact on our success or failure.”

The Oakland merger was the first time in the company’s 45-year history that assets were exchanged for stock rather than a dealership buy-out. Another merger followed in 1992.

“These were our first experiences with mergers and it was a transitional time for us,” says Birkey. “Each of us needed to learn how to listen to other shareholders since we no longer were sole proprietors.

“Merging with other companies provided the opportunities to more clearly define the roles of owners and how we fit into the firm’s operations.”

Early on, Birkey says the owners faced obstacles they weren’t prepared for. “We’d all seen the benefits of a larger organization with more resources. But we weren’t thinking about how we would need to change, adapt and put on different hats within a larger group.”

Through the early merger experiences, the company faced growing pains that eventually led to a more defined organization.

“We had to arrive at a level of subordination by each stockholder to the will of the group. For instance, at the time, I was only one out of 13 who owned stock, so I couldn’t just do whatever I wanted. That was a concern for all of us, as everyone had to better understand our roles.”

While continuing to grow was always part of the company’s DNA, Birkey says the company carefully controlled how that expansion would take place.

“We considered how we could grow and what it was going to take to grow,” he says, noting that the company went from $60 million to $240 million in just 10 years. “We grew by acquisition, and by fine-tuning the stores and dramatically improving our operations. This improved same-store results, which also increased sales.”

When it comes to expanding, the board may consider an area that needs a dealer or a manufacturer may suggest an area, as well.

If it’s an existing dealership, the first step is to evaluate the financial records and see if an asset purchase makes sense. Part of the initial process is to talk with area farmers to see if they would welcome a new dealer.

In evaluating a purchase, the board determines the asset purchase value. “If there’s intrinsic value to a business, it should be based on a return on assets,” says Birkey. “If you’re not focused on a good turnover of assets, you won’t reach your return on investment goal.”

Noting that the farm equipment industry historically earned a poor return on assets, Birkey says the most successful dealers have figured it out. Namely, the best dealerships concentrate on managing their assets and taking full advantage of the interest-free terms offered by manufacturers.

Once a purchase is completed, employees from several locations help the new personnel adapt to Birkey business strategies.

“While 6-12 of us may go to the location for training as needed and spend a lot of time with the staff, we don’t have a formal transition team,” he says. “Instead, we base it on what training is needed and who from our staffs at different locations are available to do it.”

Yet, they’re recognizing the benefits of having a more formalized transitional team. “Getting new stores up to speed has placed a tremendous burden on us to effectively restart these businesses,” he says. “We’ve been able to do it with everyone rolling up their sleeves, working hard and putting time and effort into making a successful transition.

“But future growth will require a more robust structure rather than an ad-hoc approach.”

Report: Marchionne to Ask Fiat Stockholders to Demerge the Company