This year’s Dealership of the Year program attracted nominees from across the U.S. and Canada, once again providing some tough competition.

After comparing all of the nominees, the judges made their decision, and the 2022 Farm Equipment Dealerships of the Year are: Riechmann Bros., a 4-store John Deere dealership group based in Okawville, Ill., in the over $100 million in revenue category; and First Choice Farm & Lawn, a 6-store Kubota dealership group in Union City, Tenn., in the under $100 million revenue category.

The winners were chosen from a pool of over 100 North American dealers. Nominations were submitted by dealers, employees, customers, Dealership of the Year alumni and equipment suppliers.

In addition, the judges also named H&R Agri-Power and Messick’s Farm Equipment as Farm Equipment’s Best-in-Class dealerships for the 2022 Dealership of the Year program.

Combined, these 4 dealers accounted for $905,900,850 in total revenue in 2021. Revenue per employee came in at nearly $905,000 for the group. Together, they also produced an average parts and service absorption rate of 81.8% for the year. The average return on assets for these top dealers was 15.9%.

As for the 2022 Dealerships of the Year, Riechmann Bros. produced a ROA of 15.79%, achieved an absorption rate of 90.96% and 71% market share in 2021. “Everybody wants to do the best they can in their career, and to be recognized as one of the best dealerships in North America is just unfathomable to us,” says Bill Riechmann, CEO of Riechmann Bros. “We come in, we do our job, we do the best we can, and to be recognized that we’re doing as good or better than everybody else is just awesome.”

First Choice Farm & Lawn had a ROA of 14%, a nearly 70% absorption rate and 34% market share in 2021. “It’s a huge honor, and it kind of took us off guard to be honest. To look at what everybody who works at all our dealerships have done over the last several years, to make that mark so quickly is really an honor,” says Don Parks, co-owner of First Choice Farm & Lawn. “It sets the benchmark pretty high, and we want to keep it there.

Farm Equipment’s Dealership of the Year program was established in 2005 “to elevate farm equipment dealerships that are leading in best practices, operations management and customer care.”

Since that time, 34 dealerships from the U.S. and Canada have been honored as the Dealership of the Year. They are joined by 49 dealers who have been recognized as Best-in-Class Dealerships.

Dealership of the Year Judging Panel

READ ABOUT THE JUDGES 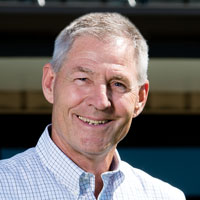 “First, let me say that the experience of being Dealership of the Year has been very positive and rewarding. It challenged us, humbled us and gave us new determination to get even better. It also had a significant impact on how people viewed us through the hiring and recruiting process. It gave folks outside our industry a much better understanding of what we really do, including our financial partners. Finally, it allowed us to share many ideas with our other dealer contacts as they reached out and asked questions relative to reading the article and viewing the videos. Bottom line, this was a big deal for the Van Wall Team!” 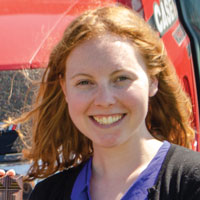 “Being named Dealership of the Year brought a great sense of pride to the entire dealership and has only increased my appreciation for the team working at Salem Farm Supply and for the significance of good human capital at a dealership. Dealerships of the Year are built on good ideas and good people. I am grateful that Salem Farm Supply has both.” 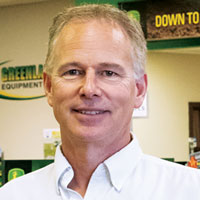 “It was highly unusual for us to break off from a multi-store Deere operation. Winning Dealership of the Year shows me, 14 years later, that I did the right thing. I am absolutely so grateful for the people I have around me who are action-oriented and really dig in. Whether you have 18 stores or just one, you always need to have a finger on the marketing to drive your business.” 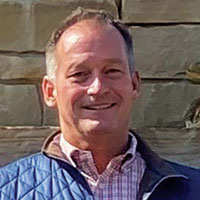 “What an awesome honor to be selected as Dealership of the Year, especially when I look back and see other dealers who have received this honor before. Being considered and then to actually be honored with being named Dealership of the Year makes me feel good about what we’re doing in the business and the impact we’re making. Hopefully we can continue to perform at a level that would be deemed worthy of this recognition.”

DEALERSHIP OF THE YEAR ALUMNI GROUP

Nominate a dealer for The 2023 Dealership of the Year