From the editors of Farm Equipment & analysts of Cleveland Research Co.

The 2021 dealer sales forecast is for sales to be up 9% year-over-year, in line with the forecast in the previous 2 months, with a net 51% of dealers expecting growth.

New equipment inventory levels were down in November with a net 96% of dealers reporting inventories “too low.”

A net 70% of dealers reported used equipment inventory was “too low” in November vs. a net 66% reporting used inventories “too low” the previous month.

New price realization was up 3.4% in November, surpassing the 2.6% increase reported in the previous month. 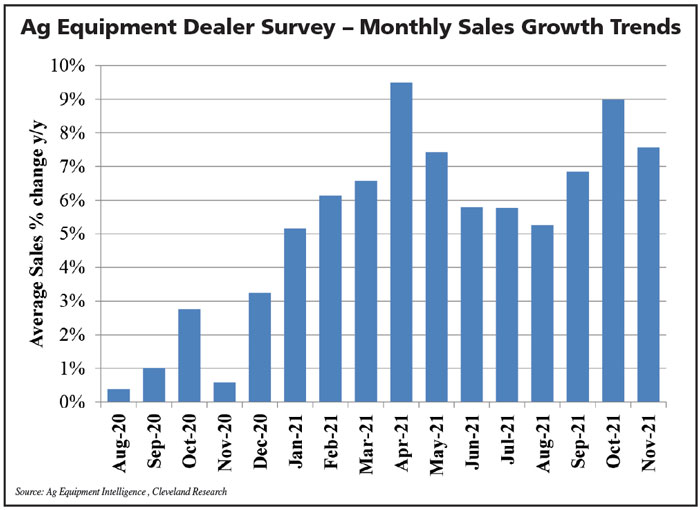 Dealers Optimism Declines for Third Month in a Row 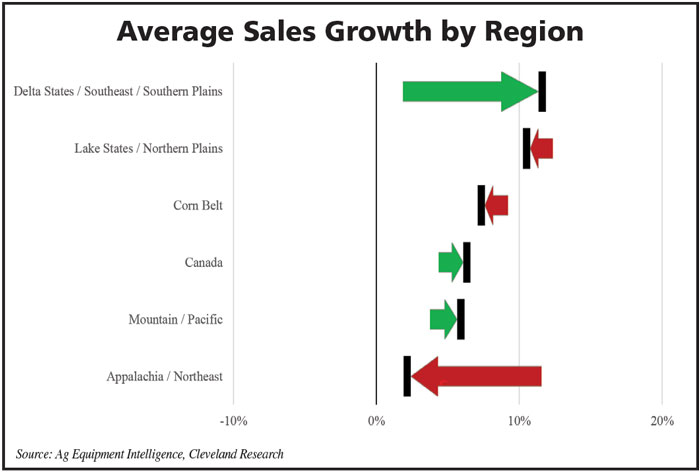 Of the 6 regions, 3 saw sequential acceleration in November. The Delta States/Southeast/Southern Plains region was the strongest, while the Appalachia/Northeast region was the weakest in the month. 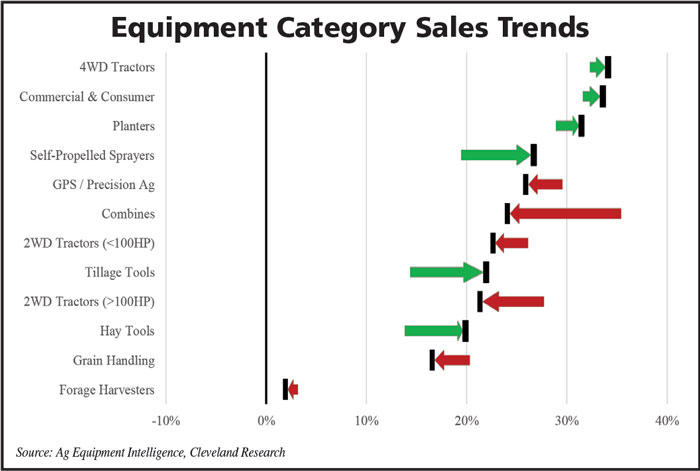 When looking at sales trends by product category, 6 of 12 categories showed acceleration in November. The most notable sequential acceleration was in tillage tools and self-propelled sprayers, while combines showed the greatest deceleration. 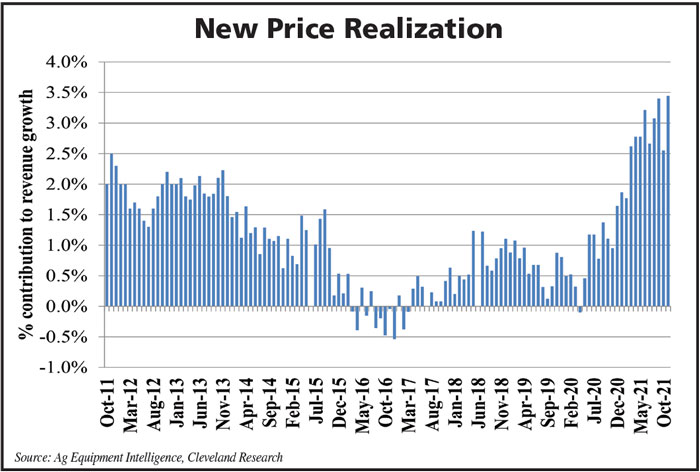 Price contribution was up 3.4% in November, up from 2.6% in October. Commentary suggestions the increase in price remains the result of freight and material surcharges. 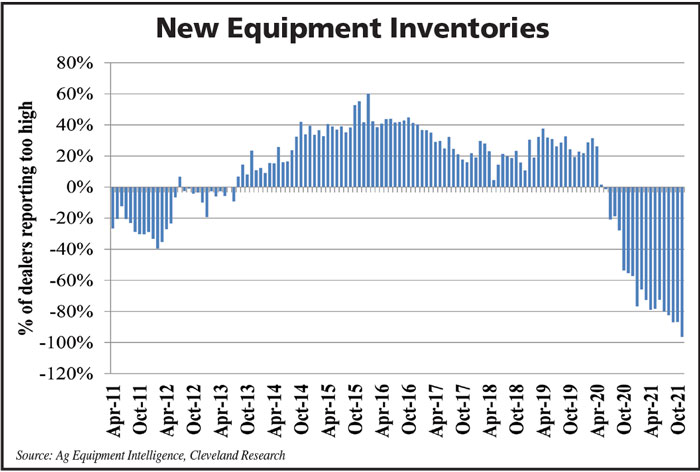 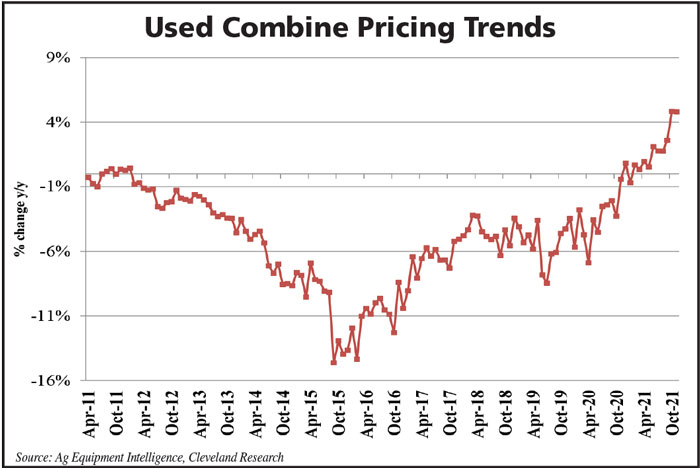 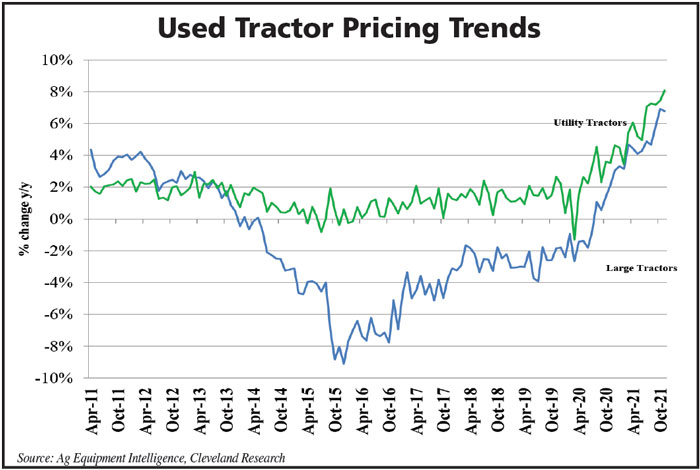 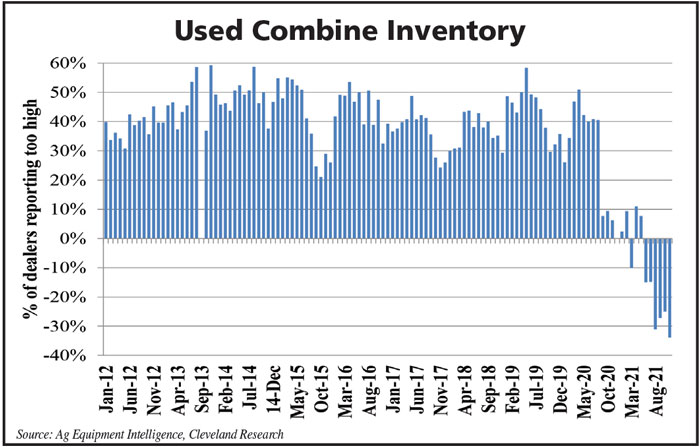 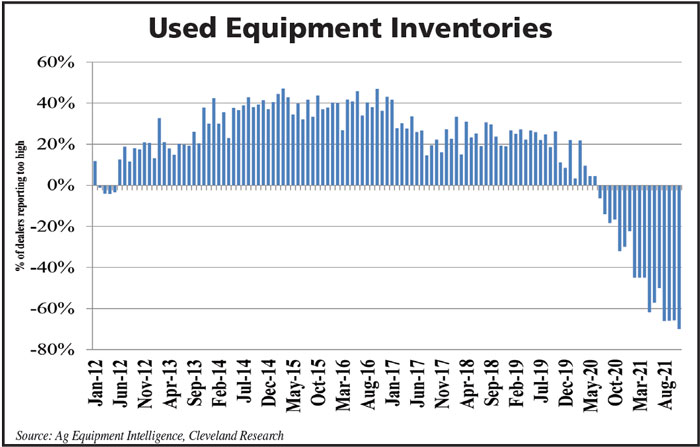 Executive Summary is part of a 25-page report issued each month to paid subscribers of Ag Equipment Intelligence.
Brought to you by Steffes.