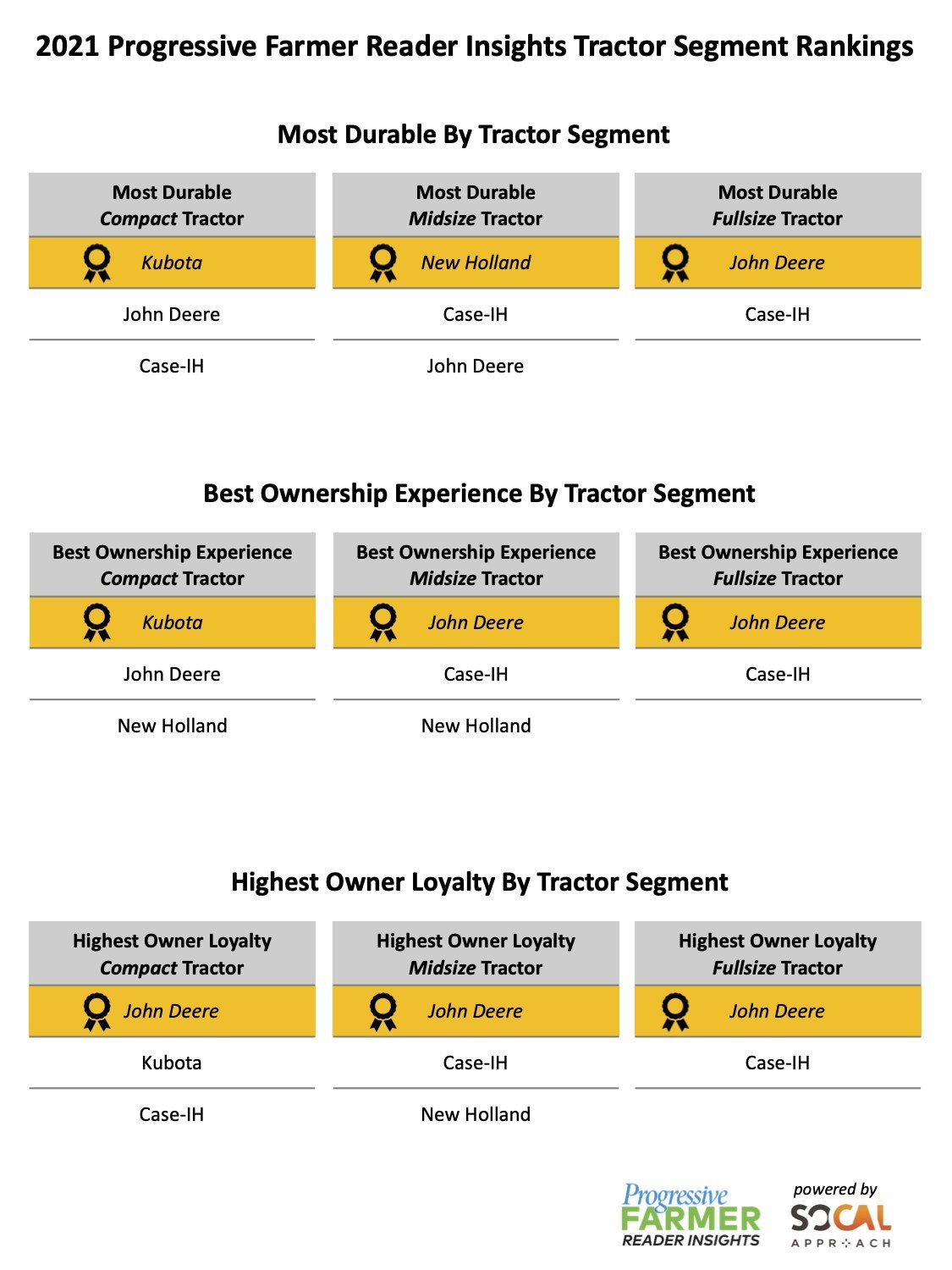 The report noted that "At the segment level, Kubota and John Deere dominate the top of the rankings, with New Holland also taking home a top award." Case IH took second in the Most Durable category for fullsize tractors, as well as in the Best Ownership Experience and Highest Owner Loyalty categories.

Of the 9 categories in which farmers could rate tractor brands, John Deere won 5, including the Highest Owner Loyalty award in all 3 tractor segments. 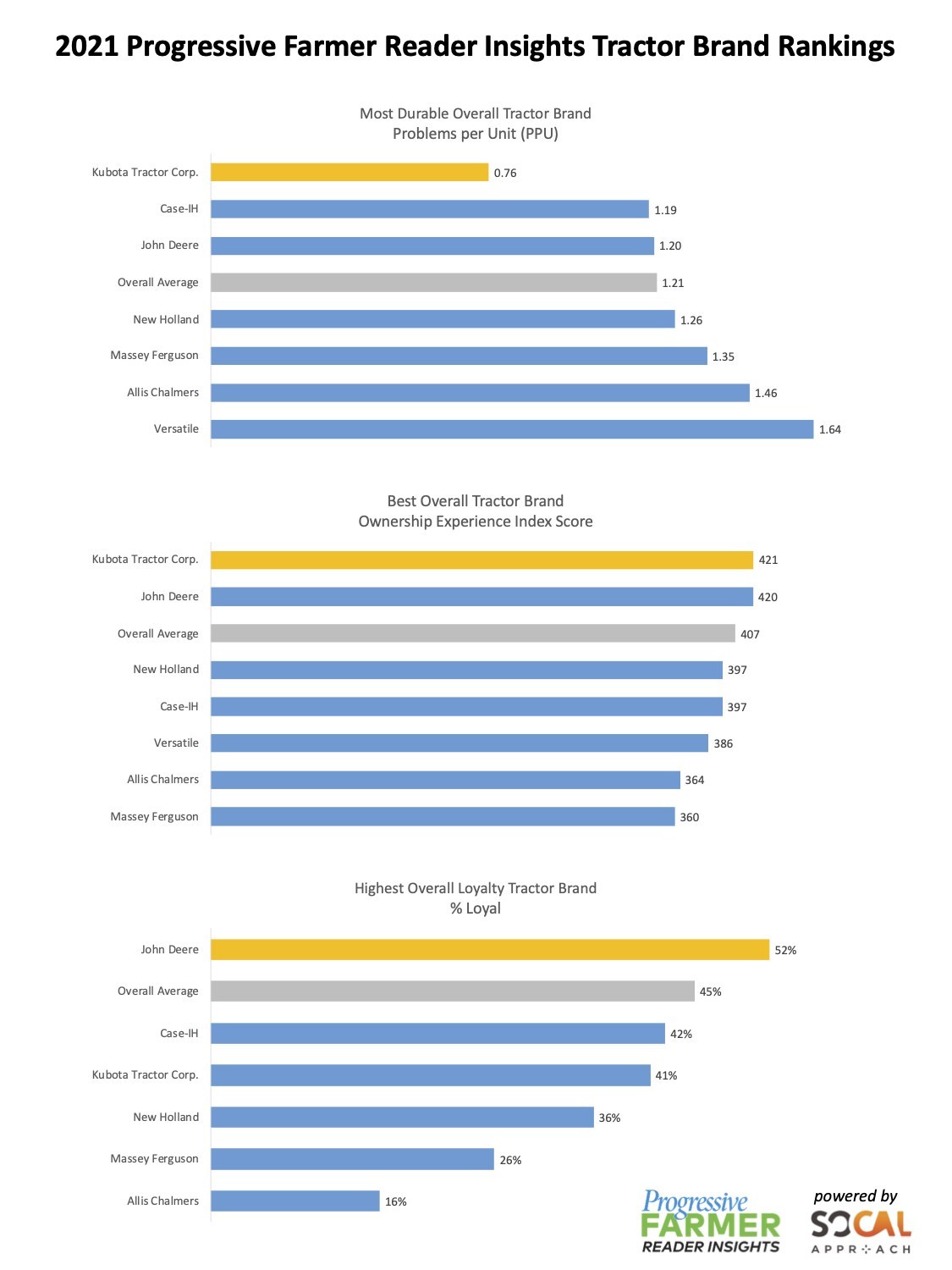 Kubota also received the highest overall Ownership Experience Index score at 421, just above Deere at 420 and the overall average of 407. Massey Ferguson received the lowest score at 360.