By Kim Schmidt posted on April 16, 2020 | Posted in Department Management 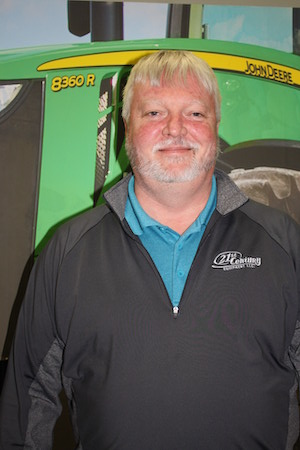 For the most part, the service departments at 21st Century Equipment’s 17 stores are operating as normal as customers prepare for spring planting, with one exception. Carolyn Lorenzen and Jeff Dillon, lead service coordinators for the John Deere dealership group, typically spend their days visiting the service departments and working with the service managers. Now, they are working from home and doing their work via the phone and email.

Switching from in-person visits to phone calls has definitely changed how the team interacts, and impacted efficiency. “It's a little more difficult because not everyone likes talking on the phone. When we're calling [the service managers] it’s usually about one thing, whereas if we're seeing them in person, we're talking about all kinds of things,” Lorenzen says.

“We're talking personnel problems or issues, about whatever happens to be up on their screen at the time or if a tech comes in and says something we talk about that. On the phone, it's like ‘OK, I need to talk to them about this one thing.’ That prompts the phone call, but it's hard to interact on the other issues that we would normally bring up.”

The personal interaction is probably the biggest change, and Dillon adds that it goes beyond just the communication with service managers. When visiting a store, they interact with the whole staff, talking with the parts managers, location managers, salespeople, technicians and parts counter people.

“We're diversified enough in our experiences to be able to help anybody in any location. And if we don't know a particular answer or process, we can take it to somebody who does,” he says.

Dillon says because they aren’t interacting in person, messages can be easily misdelivered. He shares an example of needing to have a conversation with someone about a certain process, and the individual interpreted it as being reprimanded — which wasn’t the case — and was initially defensive about it. 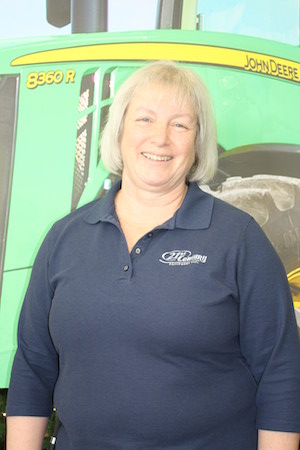 One of the benefits of the in-person visits, Lorenzen says, is being able to read the situation and pivot as needed, which isn’t as easy to accomplish on the phone. “I might be going to a location to talk to them about a specific issue, but face-to-face I can see this manager’s having a really bad day or something else is happening so he’s not really receptive to what I came there for,” she says. “So I go in a different direction, talk about something else or not even talk about what I came there for because I can see that face-to-face.”

Dillon agrees, and says he had one service manager say he’d been meaning to call him for 5 days. “In the meantime, he gets interrupted four or five times in an email, phone call or by a technician. Whereas when we get there they go ‘Hey, while you're here take a look at this,’” he says. “And we don't get that. It's not like we couldn't get it taken care of from sitting in our offices, but we don't know.

“Then we have to  count on the other end — our managers, our technicians, our parts counter people — to say, ‘I need to get a hold of Carolynn. I need to get hold of Jeff.’ When we're there, it's a conversational thing. ‘Hey, while you're here ...’ And they don't like to interrupt us. I don't know why because that's our job.”

One thing that hasn’t changed? Lorenzen and Dillon’s daily debriefings. At least once, if not twice a day, the two will talk to share the experiences they’ve had and review how each other would have handled different situations. “We’ve got to preach the same book. We’re a good soundboard for each other,” Dillon says.

At the end of the day though, their job hasn’t changed. “We're still putting out fires. We're still looking at work orders and processes and trying to figure out what happened with this issue or something along those lines. We're still doing that,” says Lorenzen.