If the current outlook for farm profits holds true, the replacement cycle buying that has propped up North American farm equipment sales the past few months could be short lived. And it’s too early to know if the Market Facilitation Program (MFP) might help offset some of the downturn in farm profitability that USDA is forecasting.

Additionally, government payments are forecast to decline $2.3 billion, or 19.1%. However, the 2018 forecast for government payments, net farm income and net cash income do not include payments under the MFP announced on Aug. 27 as it's unclear how many farm producers will complete the MFP enrollment and receive payment in 2018. 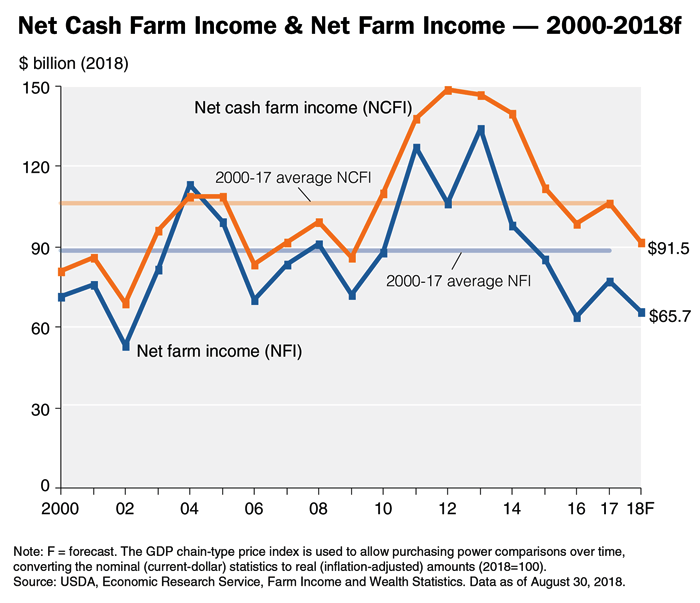