No-till farmers report that despite rising expenses last year they were able to make some money. Of the 497 no-tillers from 26 states who responded to the January survey of No-Till Farmer, sister publication of Ag Equipment Intelligence, 68% say they were profitable. This was down by about 2% compared to a year earlier when 69.8% reported being in the black in 2016. Compared to 2014, though, it was down by 13%, when 81% of no-tillers said they made a profit. 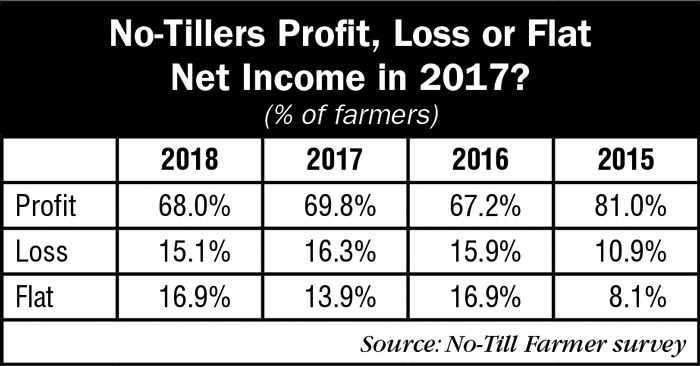 Unlike a year earlier when no-tillers slashed expenditures by almost $76 per acre, in 2017 no-tillers say their expenses were up by $25.32 per acre. The largest increases in the past year came in land rent (+31%) and fuel (+24%). Equipment expenses rose by 13% and machinery service and parts increased 15%. The most significant cost reduction of costs came in labor (–22%) and loan payments and interest (–12%). 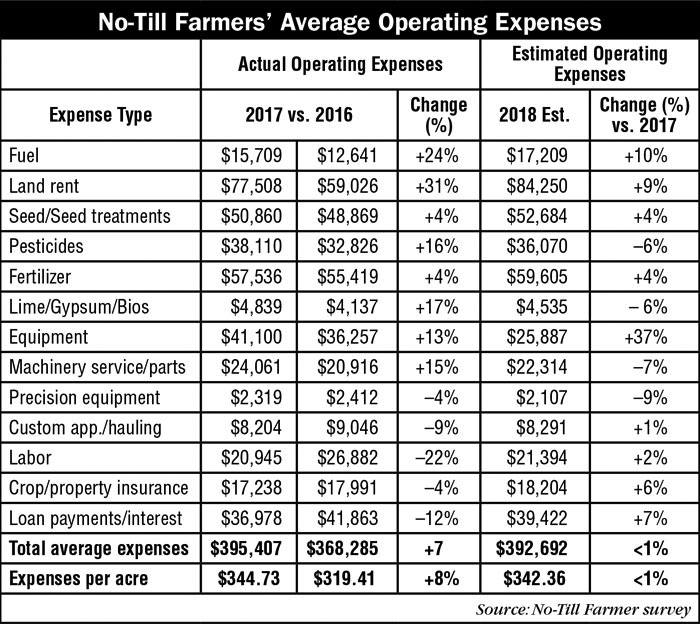 The percentage of farmers who have purchased or are planning to purchase in 2018 is nearly identical to that in 2017, but up by nearly 12% compared to 2016. No distinction was made between new and used equipment.

Overall, about 9% of farmers have acquired or plan to acquire a tractor for 2018, 7.5% have plans for a combine and 7.1% have or intend to purchase a planter. Most categories of precision technologies will see some growth in 2018 vs. 2017, and most have seen significant growth compared to 2016. 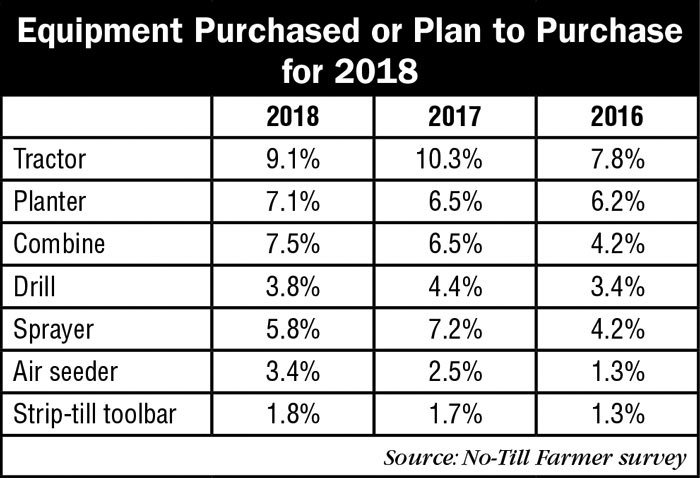 In the year ahead, field mapping will have grown by 10.3% in terms of the number of farmers utilizing the technology. The number of no-tillers using auto-boom/nozzle shutoff for spraying has grown by 9.3% since 2016 and 8.6% more farmers will be using auto-seed shutoff in 2018 vs. 2016. 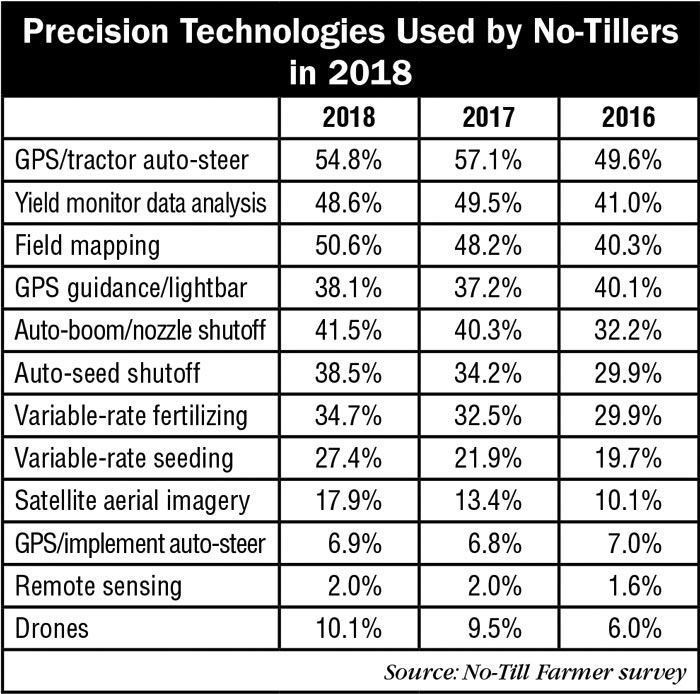 Nearly Half of Corn Acres Harvested; 53% of Soybeans in the Bin