Reduced spending resulted in improved profitability for no-till farmers in 2016, according to the 9th Annual (2017) No-Till Farmer No-Till Practices Survey. No-Till Farmer is a sister publication of Ag Equipment Intelligence.

This group of producers estimates they will spend a total of $361,253, or $313.32 per acre, on their 2017 cropping operations. If this holds true to form, expenses for this year’s crop will decline less than 2%. 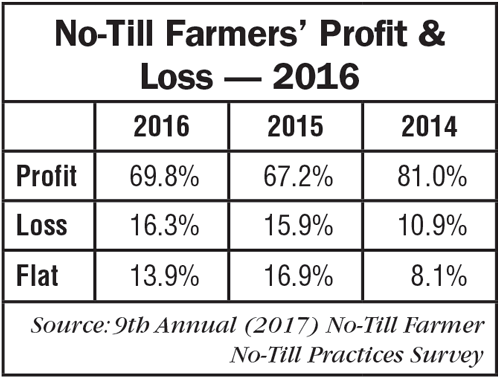 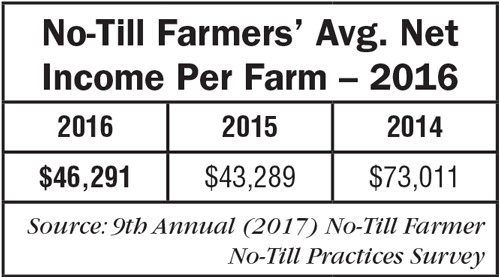 Overall, the no-tillers who responded to the 2017 survey are planning to increase their equipment spending this year slightly vs. the previous year. Slightly over 10% of this group of farmers said they intend to buy a tractor in 2017.

This compares to 7.8% a year ago. About 6.5% of survey responses are planning the purchase of a planter and com­bine this year. A year ago, 6.2% said they intended to buy a planter and only 4.2% had plans to acquire a combine.

Next on the farmers’ to-buy list are drills, with 4.4% anticipating buying this type of equipment in the year ahead (vs. 3.4% last year), while 4.2% said they’re planning to purchase a self-propelled sprayer (vs. 2.6% last year). Overall, no-tillers’ equipment buying plans remain subdued during the year ahead.

On the other hand, more survey respondents’ plan to use technology products in 2017 than did the 2 previous years.

An in-depth summary of the survey results will be published in the spring 2017 edition of the Conservation Tillage Guide. Ag Equipment Intelligence will publish a special report containing all of the data collected this spring. 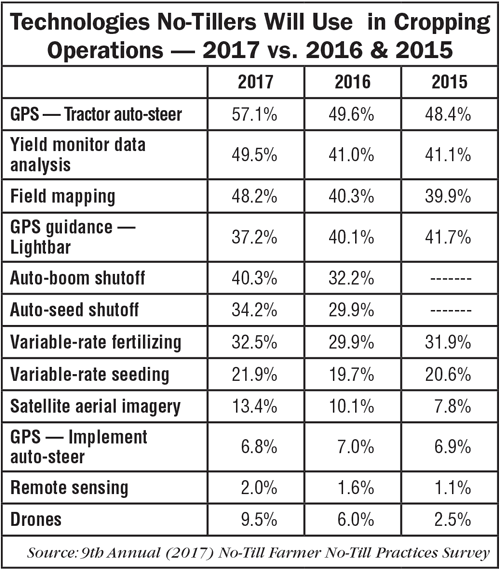 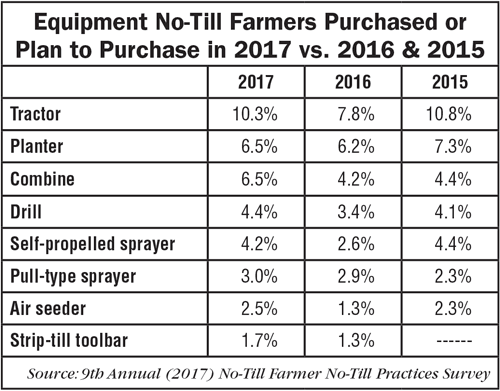 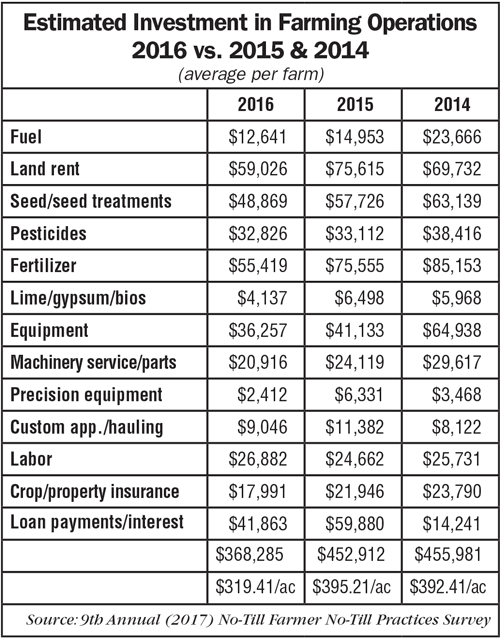 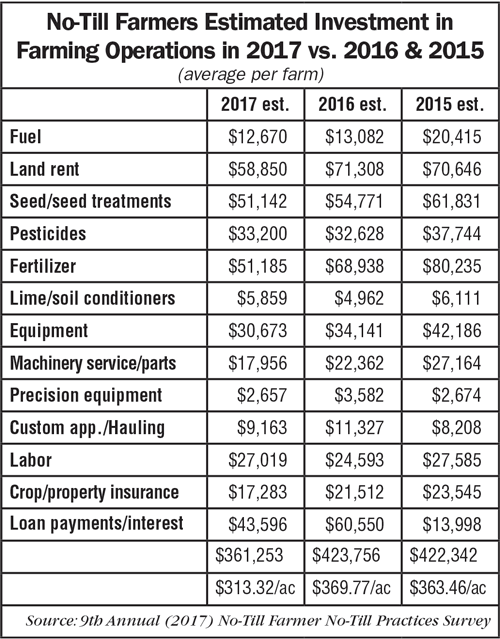