From Acquisition to Fully Integrated

Birkey’s Farm Store added 5 new stores to its dealership group recently and is now going through the process of integrating the new locations.

Editor’s Note: In August 2016, Birkey’s Farm Store acquired Farm Pride’s stores in Arthur, Shelbyville, Casey and Newton and Mattoon, Ill. Farm Equipment will be providing updates on how the integration processes is going throughout the year.

In mid-August, Birkey’s Farm Store, a Case IH dealer with locations in Illinois and Indiana, acquired Farm Pride, which had stores in Arthur, Shelbyville, Casey, Newton, and Mattoon, Ill. The acquisition took Birkey’s total stores to 16.

Farm Equipment visited the Arthur and Shelbyville stores the week the deal was finalized and is going to follow along throughout the year to bring updates on how the integration process is going. That first week the focus was on getting the stores cleaned up and clearing out the Farm Pride inventory. The Shelbyville store also included a NAPPA auto parts store, which Birkey’s did not acquire.

“The previous owners were absentee owners and had not invested in the dealership in years,” says Mike Carley, regional manager with Birkey’s. “The employees are excited for the changes that are taking place.”

Todd Bohlmann, the store manager from the Gibson City store, and Carley are overseeing the transition at the Arthur store. “One of the big things we’re working on this week is getting the yard cleaned up and organized,” Bohlmann says. That task included everything from putting like equipment next to each other to killing the weeds that had been growing all around the property.

“Before there was no way to really tell what out there was a customer’s machine and what was the dealership’s,” Bohlmann says.

Birkey’s management team was also in the process of interviewing store manager candidates for the Arthur store. Carley and Bohlmann were also trying to figure out how to use space in the Arthur store that had previously been a lawn and garden showroom, but had been empty and dark for years. The building has a lot of space, but they need to determine how to best use it, Carley says.

In Shelbyville, Scot Campbell relocated from the Oakland, Ill., store to become the store manager. This is Campbell’s first experience as a store manager, starting out in the parts department and lately was in sales for a total of 35 years with Birkeys. He’s excited for the new challenge and to make the Shelbyville store his own. “I was in here all weekend moving equipment around and getting the place cleared out and cleaned up,” he says. Campbell is from the area, which he says will show the customers that the store is still part of their community and that he and his staff will be there for them. 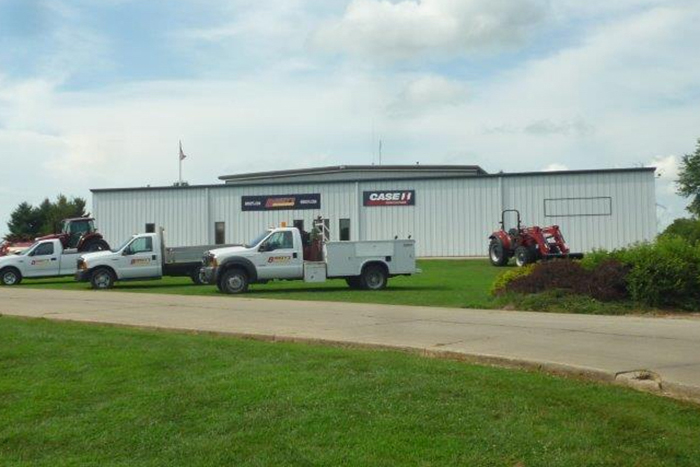 One challenge Campbell was immediately faced with was that the store used to help a company across the road with unloading its truck deliveries. “I told the owner we would do it this one last time, but that’s not something that we can continue to do.” While Campbell says it’s important to be a good neighbor, he couldn’t sacrifice that kind of time from the service department.

Up next for the newly acquired stores is getting new signage with the Birkey’s Farm Store name on it in place.

Dealers on the Move is brought to you by business management software provider Equip IQ.

Cultural Integration: Embrace Change From the Get Go