Farmer input costs have been among the top three North American farm equipment dealers’ major con­cerns over the past 5 years, includ­ing number one in 2015, accord­ing to the results of Ag Equipment Intelligence’s annual Dealer Business Outlook & Trends survey — and for good reason.

The more farmers spend on inputs, like fertilizer, seed, pesticides, etc., the less they tend to invest in equipment.

According to a July 12, 2016 report from the University of Illinois’ Dept. of Agricultural and Consumer Economics at Urbana-Champaign, growth rates of fertilizer, pesticide and seed costs have been higher in years following 2006 than they were between 1990 and 2006. 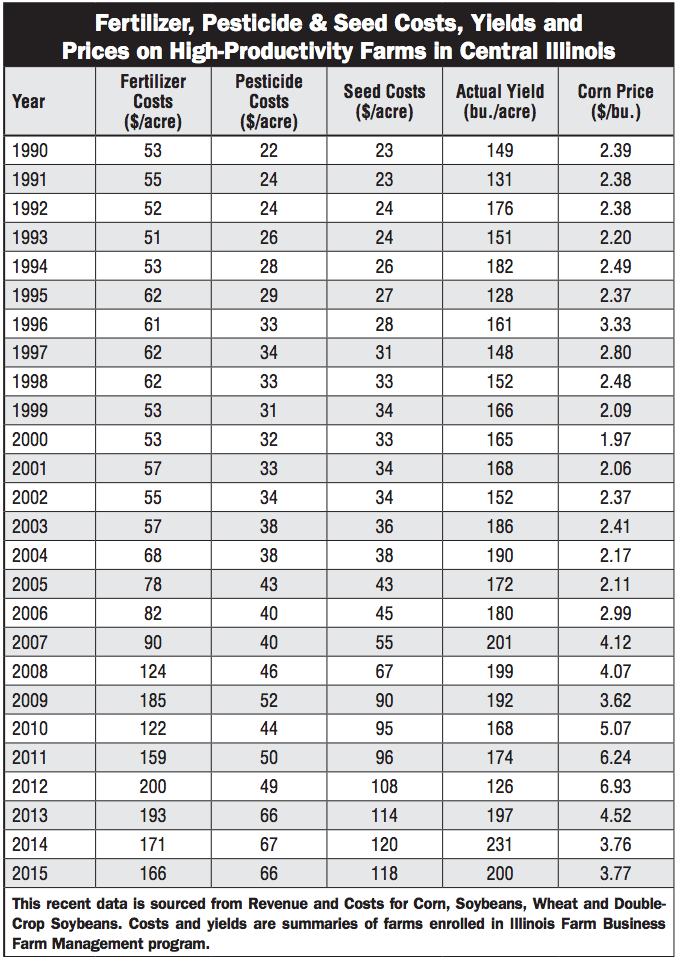 As inputs rise, surveys have shown that farmers will tend to first cut back on machinery spends to improve bot­tom line profits.

There's no time like the present to maximize your selling potential with the premier techniques for on-farm demos. Our “Winning Equipment Demo Programs” report shares how you can take your sales efforts to the next level by effectively executing a hands-on demonstration with potential customers, and it’s FREE!

Get this eGuide for Free with a Free Account!

Go In
for Free eGuide

In that same survey, no-till farmers were asked where they planned to cut back on expenses in 2016, and 64% said they planned to spend less on equipment, which was easily the top cutback on their list.

According to the researchers, this high rate occurred because per acre costs did not decrease while corn prices did decrease. “At those high levels, it will be difficult for revenue to exceed total costs. As long as corn prices are averaging less than $4 per bushel, high percentages should be expected without substantial cuts in costs. Even with aggressive input usage cuts, it will be difficult for cashflow losses to be reduced without input price decreases.”

In an interview prior to the Top Producer Conference in June, Michael Boehlje, Purdue University economics professor, said, “It’s not all about grain prices. To be frank, it’s more about what is going to happen to input costs that is important.”