Wholesale and retail prices of whole turkeys tend to react differently to the surge in demand that occurs during the Thanksgiving season. Wholesale prices for whole turkeys typically reach their annual highs as demand increases during the Thanksgiving season, and USDA weekly price data indicate that wholesale prices are presently at a yearly high of just under $1.20/pound. Estimates for a 1.2% decline in 2014 turkey production and relatively low stocks of whole birds in cold storage again indicate upward pressure on wholesale prices this holiday season.

However, wholesale and retail prices of turkey tend to converge during the Thanksgiving season, when retail turkey prices are commonly near annual lows. The percentage markup between wholesale and retail prices tends to shrink to an annual low point during November. The average wholesale-to-retail markup between January 2010 and September 2014 was 60%, while the average November markup over the same period was 42%. 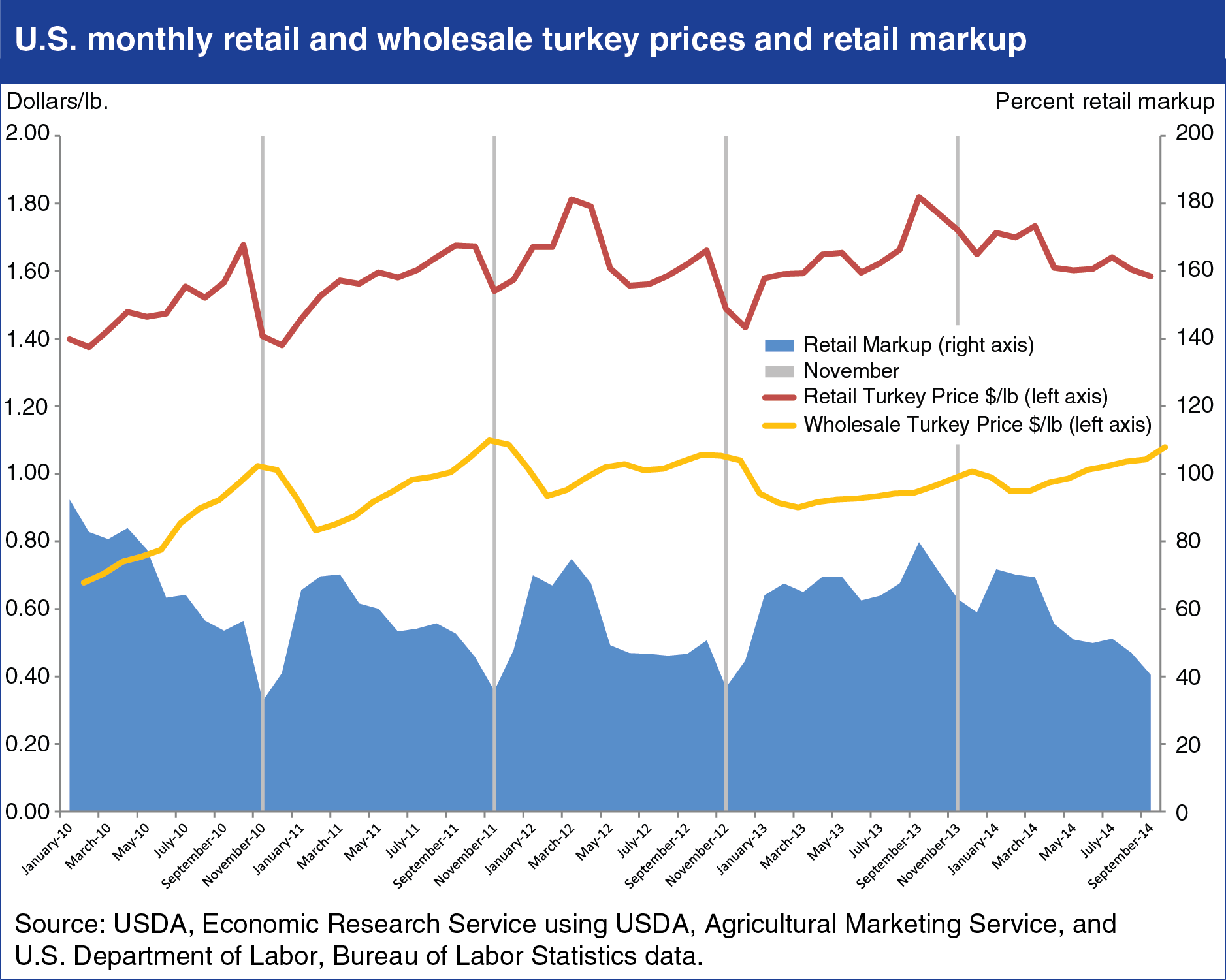 For Turkey Producers, Thanksgiving is a Year-Round Job