For the second month in a row, North American farm equipment dealers are reporting that manufacturers have become more aggressive with incentives to increase machinery sales. 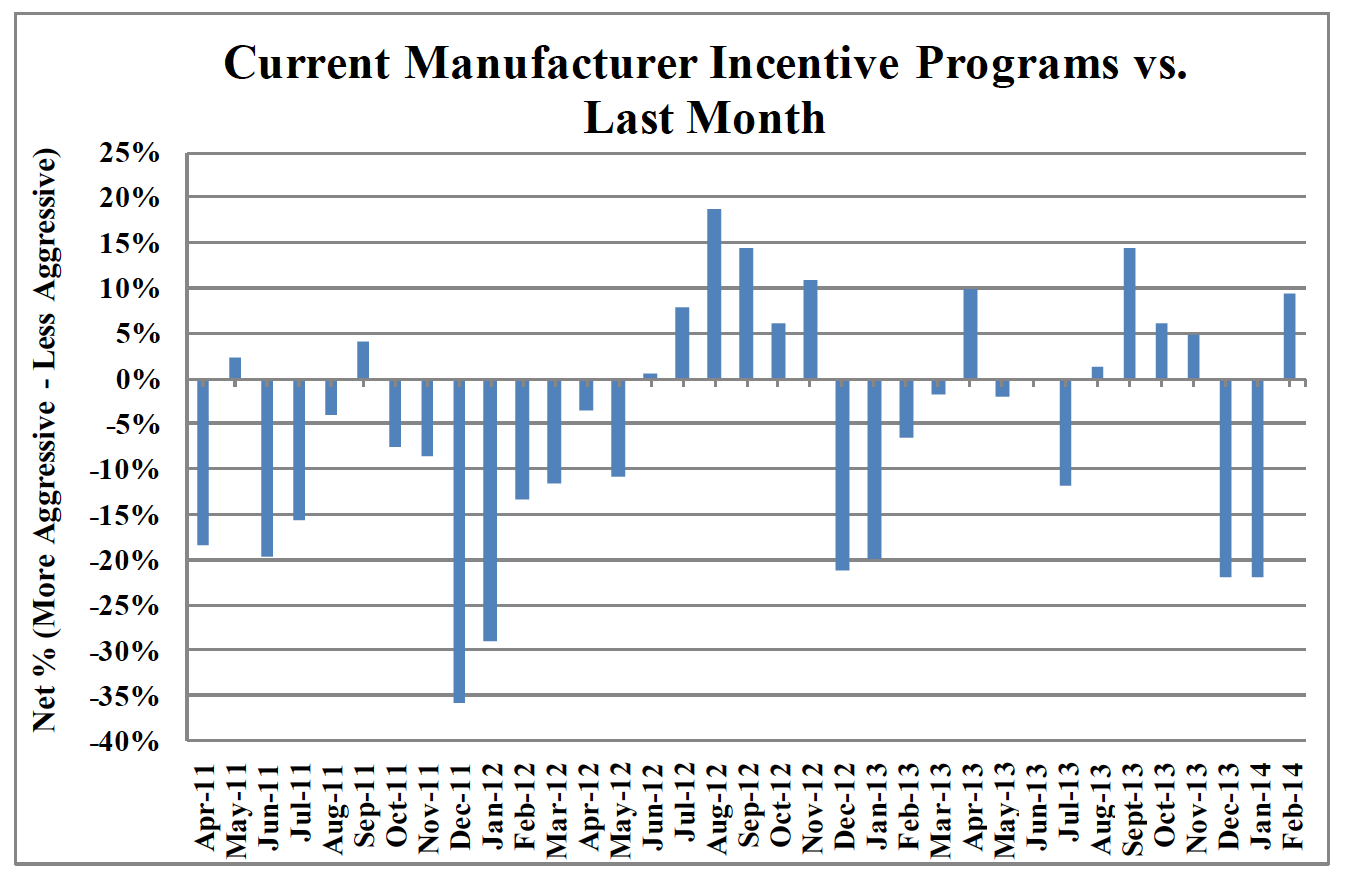 This also appears to be impacting recent pricing of farm equipment, which was expected to increase as Tier 4 Final equipment hit dealers’ lots. According to the survey results, dealers report price contributed roughly 1.1% to total March revenue growth. This downward trend since November is somewhat surprising as new model year price increases and Final Tier 4 price increases were expected rise. In all likelihood, price increases are being negated by the reported increase in manufacturer incentive programs. 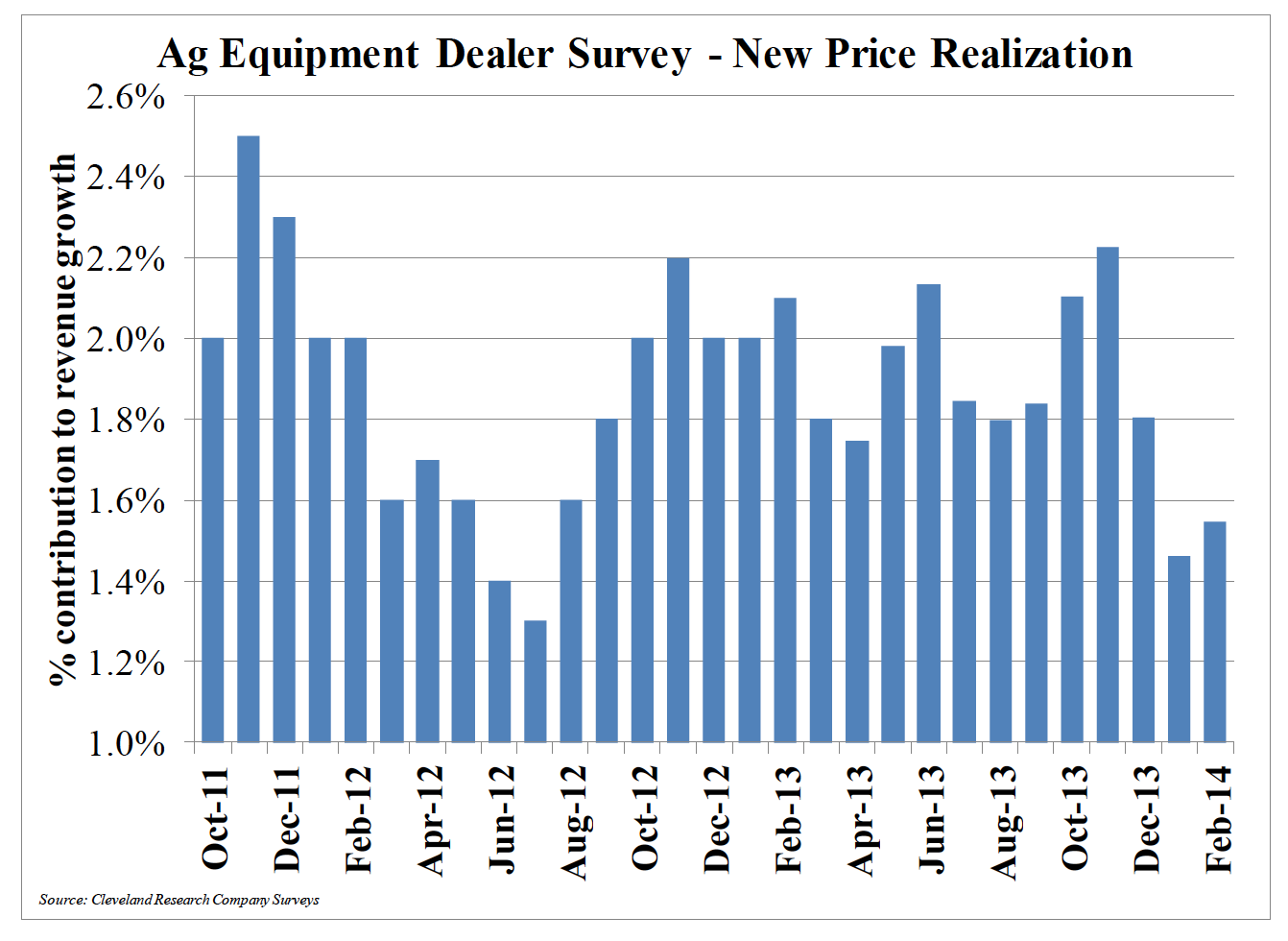