Under 40 Horsepower Tractors — This category remains strong in retail sales, with every indication of continued growth through the end of the year. It is currently 7.8% ahead of our original forecast. The totals will most likely be a new high for this category by year-end. Field inventory continues to be somewhat flat for the year, which is a solid indicator for the growth seen so far. 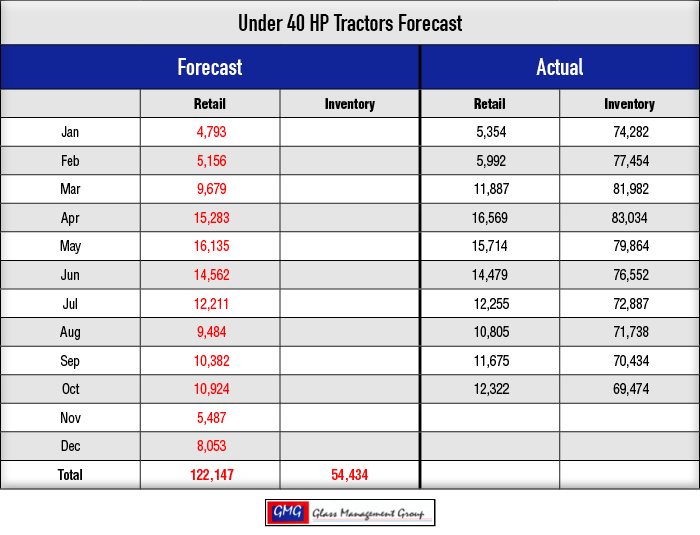 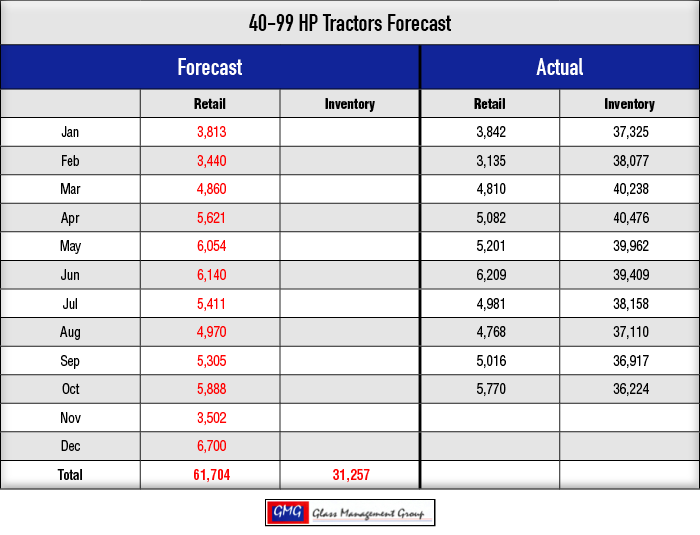 100 + Horsepower Tractors — Weakness continues in this category and total sales are 24.4% below our original forecast. Field inventory levels are somewhat flat for the year, which is indicative of slow sales at the retail level. 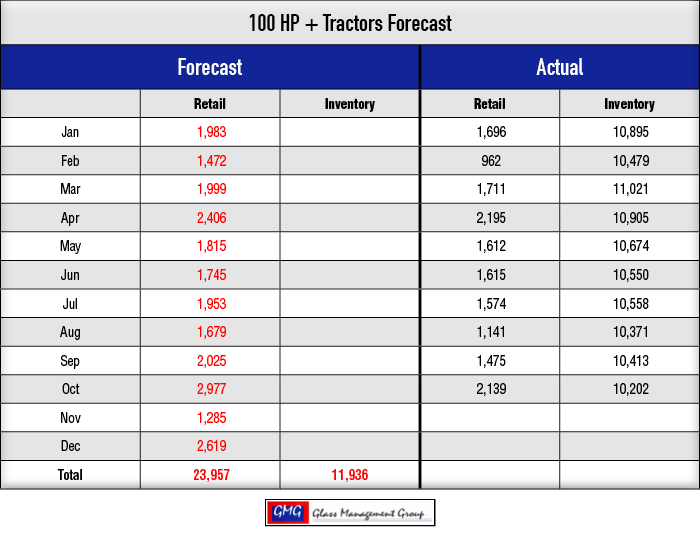 4WD Tractors — October was a big retail sales month for this category and, consequently, brought the total to within 5.5% of our original forecast. Field inventory levels have remained relatively flat with a slight downward shift for the year. 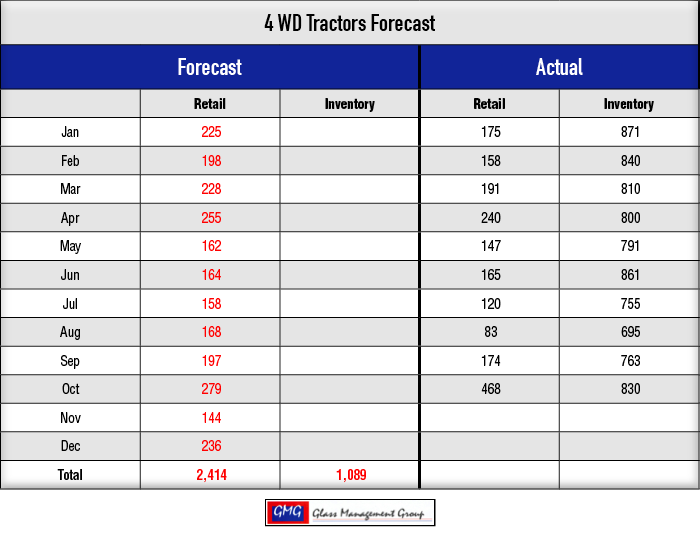 Combines — Sales for this category continue to be very weak and currently stand at 23.2% below our original forecast. Field inventory remains relatively high even though sales shows a downward trend overall. 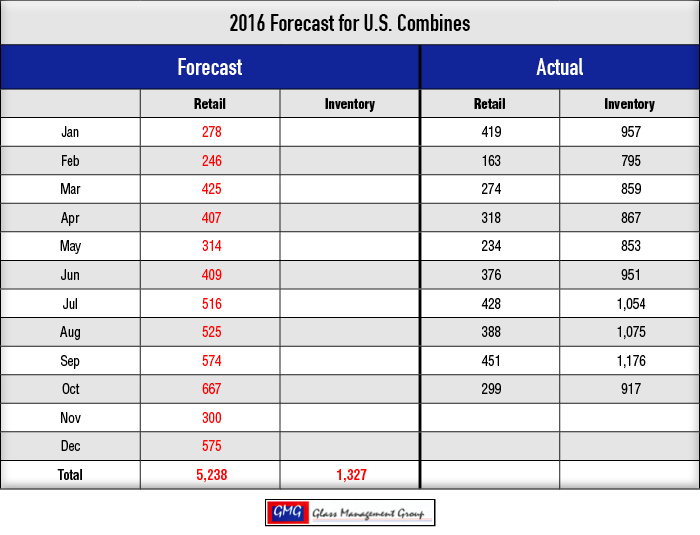 The Election is History and Reality Sets In

Donald Trump will serve as president of the United States for the next 4 years, but what is still uncertain is how those next 4 years will unfold. Campaign promises are easy to make but bringing them to fruition requires the cooperation of both houses of Congress. The voters obviously are expecting an end to gridlock in Washington D.C. and we anxiously await that outcome.

Meanwhile, the number of voters engaged in agriculture in the U.S. has been declining for decades and our influence with politicians on the national stage has been declining, as well. The needs, wants, wishes and desires of the agricultural community will probably go unheeded again.

Now back to reality.

The corn and soybean harvest is in full swing and is nearing completion for 2016 and appear to be of the record high variety. With more than 75% of corn already in the bins on farms, the worldwide demand is not enough to overcome the burgeoning stock currently on hand around the globe. This means that an increase in the per-bushel price for this commodity is not likely to increase over the next several quarters and this does not provide hope for a significant increase in equipment purchases by production farmers in the coming year.

The Kansas City Federal Reserve Bank reported recently that farm loans for other than real estate have moderated slightly, but the number of non-performing loans is edging up across the district. It also indicated that the interest rates charged for those loans have increased and now more than 40% of these loans are in the 4-6% range.

Their economists’ view of the decline in loan demand recently is an indication that farmers are cutting back on their purchases for this year. Since the turn of the century, farmers have come to be known as very conservative businesspeople and did not saddle themselves with huge debt as those farmers of the 1970s and ‘80s did at the end of those commodity price run-ups. This lack of debt has had the effect of providing for a “soft landing” for this agricultural economy and farmers are in a much better financial position than before. This does not mean that they will rush out and purchase new equipment, but that they will be poised to make those purchases when the opportunity presents itself.

Each November we begin assembling data for the forecast for the next calendar year and this year the data is pointing toward a flat year, expect for the under 40 and the 40 – 99 horsepower categories. Our preliminary 2017 forecast will most likely accompany this report, or will be out shortly thereafter.

Corn prices on the December futures remained in the $3.40 range and continued to put pressure on producers who have recorded expenses in excess of those prices. Farmers are busy with their harvest now but they are also looking at their budgets for next year, trying to minimize the input costs for what appears another tough year in 2017.

Soybean prices remained in the $9.75-$9.80 range for the month and that is somewhat above production costs. However, USDA has reported that soybean production is 11% higher than 2015 marketing year and that continues to put additional pressure on prices in the future.

With a new administration in Washington, D.C. who campaigned on creating new, better paying jobs and on reducing taxes across the board, the prospects for the general economy appear to be bright. This is a boon for the smaller horsepower tractors and could increase their already record sales number for 2017. A stronger U.S. dollar will not increase export sales and it appears that is the direction that the dollar is taking at this juncture. Elimination of many of the regulations that came into effect by way of executive orders from the White House will most likely be eliminated quickly and among those are the Waters of the U.S. regulations and that will most definitely improve conditions for U.S. farmers.