Beyond Breakeven by Insuring Crop Profits

As many U.S. senior citizens have learned about health insurance — Federal Medicare benefits help, but it’s only a start in covering the “big” costs involved with medical care. Most find that supplemental insurance is a must. Farmers are finding the same is true with Federal crop insurance. In a really bad year — or even just a challenging year — supplemental weather insurance can mean the difference between staying afloat and actually sailing all the way to the bank.

Federal crop insurance has been a lifesaver for many farmers, but it only insures a portion of expected yield, often leaving profits on the chopping block. Supplemental weather insurance from firms like The Climate Corporation, kicks in long before all thoughts of profit have disappeared.

“There’s a lot of top revenue farmers can lose without getting paid dollar one by their crop insurance,” says Jeff Hamlin, director of agronomic research, The Climate Corporation. “Our insurance policies are sold alongside federal crop insurance and cover top-end yield.”

Everytime it’s too hot, too cold, too dry or too wet at certain times in the growing season farmers are gradually losing the potential yield they can achieve, Hamlin says. The company provides insurance policies that kick in when conditions exist that are proven to reduce yield. 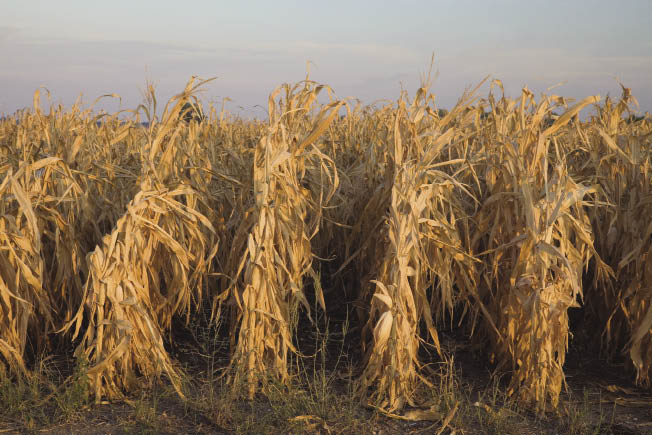 USDA estimates that about 85% of today’s farmers have crop insurance, compared to just 25% in 1988. According to the ag agency, in 2009, the most recent data available, 90% of planted corn acres had some level of crop insurance, with 87.5% for soybeans and 96% for wheat.

Using independently reported weather data generated by the National Weather Service and recognized regional meteorological organizations, the company tracks weather on its policyholders’ farms and pays out as bad weather happens that can cause yield shortfall.

“Policies for a corn grower are going to pay for too much rain at planting, drought from pollination to grain fill, heat from pollination to grain fill, nighttime heat and an early freeze,” Hamlin says. “By early August, more than 75% of all our policy holders in the heart of the Corn Belt had already qualified for payments this year, and coverage periods are not over yet.”

What’s more, there are no claims process, no proof of loss, no recordkeeping or insurance adjusters involved. Area weather data alone determines payments and they are distributed at the end of the coverage period for each weather peril, at harvest or before. Policies cover yield losses to the point where Federal crop insurance kicks in.

“Risks are greater now. Farmers are putting more into the crop. If things go well, there’s a lot to gain. If things go badly, crop insurance may not cover inputs and a farmer might lose money that year. You can only afford to do that for so long before you’re out of the game,” Hamlin says. “Our product lies on top of Federal crop insurance so even in the worst case, farmers won’t lose money, they’ll profit.”

With an estimated 85% of their corn and soybean producers covered by some form of crop insurance and many others using tools such as forward contracting, Bill York, chief executive officer, AgriBank (St. Paul, Minn.), says today’s farmers are much better risk managers and have better tools than those that suffered through the major drought in 1988.

“In our district, we’ve seen very strong balance sheets, strong equity positions and strong working capital so that [crop farmers] are in a position to absorb significant stress without an impact to the viability of their operations,” he says.

While AgriBank projects net farm income is likely to be down slightly, York states that producers will probably still be profitable and the banks are in a strong position to provide funding for capital investments.

“While the rest of the financial industry has been under stress, the Farm Credit System has moved forward with very limited financial stress. Even during the financial crisis we didn’t have to turn anyone away for lack of funds,” he says. “Funding is available and we project interest rates to stay at historic low levels which can only help equipment dealers.”

While the balance sheet may look good by the end of the year, Hamlin points out that Federal crop insurance may be slow to distribute checks.

“There are a limited number of auditors and claims processors and any loss over $200,000 is subject to an automatic audit,” he says. “Producers may be waiting for checks in November and December when they’re trying to buy seed and other inputs. Our growers will have their checks in September because there are no hoops to jump through.”

In business since 2006, The Climate Corporation sold insurance policies in 24 states in 2012 and expects to see continued growth after a tough weather year and growers seeing others around them benefit from supplemental protection.