Age of Principal Operator Varies with Amount of Farm Sales

Most operators live on their farm, and farmers can phase out of farming over a decade or more while easily retaining enough land or livestock to produce $1,000 in sales. Improved health and advances in farm equipment also allow operators to farm later in life than in past generations. 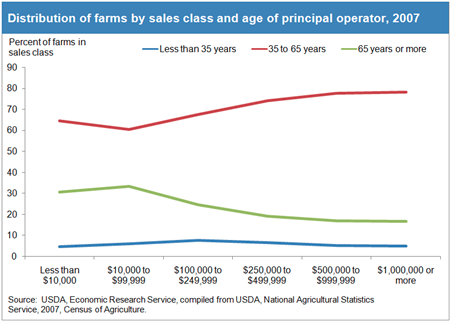 The data for this chart is found in the ERS report, The Changing Organization of U.S. Farming, EIB-88, December 2011.

Are Online Sales Coming of Age?

‘Operator of the Year’ Nominations Sought

AGCO Now Accepting Nominations for Operator of the Year