According to the results of an Aug. 3 survey from Farm Equipment, CNH dealers are seeing less wholegoods revenue impact from the ongoing UAW strike than they initially predicted. The strike began in May, when 1,200 UAW workers at CNHI’s Burlington, Iowa, and Racine, Wis., factories walked off the job as their contract expired. Negotiations are set to restart in mid-August.

Some 39% of CNH dealers said there’d been no impact on their new wholegoods sales from the strike, almost double the 20% who predicted they’d see no impact in a similar survey Farm Equipment conducted in May. 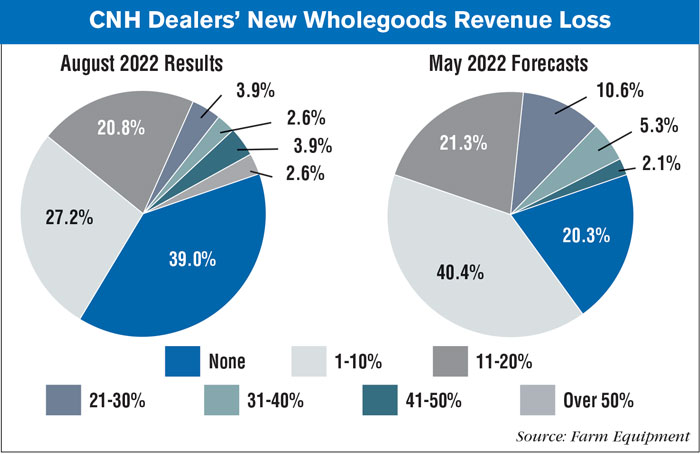 Almost 4% of CNH dealers reported a wholegoods revenue loss of 41-50% (almost double the percentage forecasting this loss in May), while 2.6% reported a loss of over 50%. 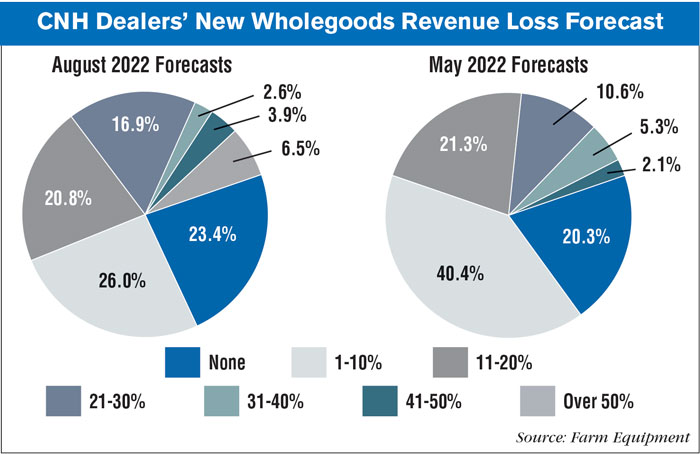 Has the Equipment Quality Changed?

When asked if they felt the equipment they've received from the striking factories had dropped in quality, just 21.1% of CNH dealers felt it had. Several dealers mentioned quality problems with the two factories had been present since before the strike.

The following commentary was left by CNH dealers:

CNH dealers who answered no:

When asked if their customers' planned purchases had been impacted by the strike, 45.6% of CNH dealers said it had.

Dealers were also able to leave general commentary on the strike at the end of the survey, which is compiled below by the dealers' mainline brands.

For additional coverage on what happened during the CNHI/UAW trike, click here to read Ag Equipment Intelligence's full timeline of events.

How Will the UAW Strike Impact Customers' Purchasing Plans?