Half of Surveyed Dealers, Farmers Plan to Get COVID Vaccine

According to recent surveys, both farmers and dealers are leaning toward getting the COVID-19 vaccine once it's available, though only by a slight majority. 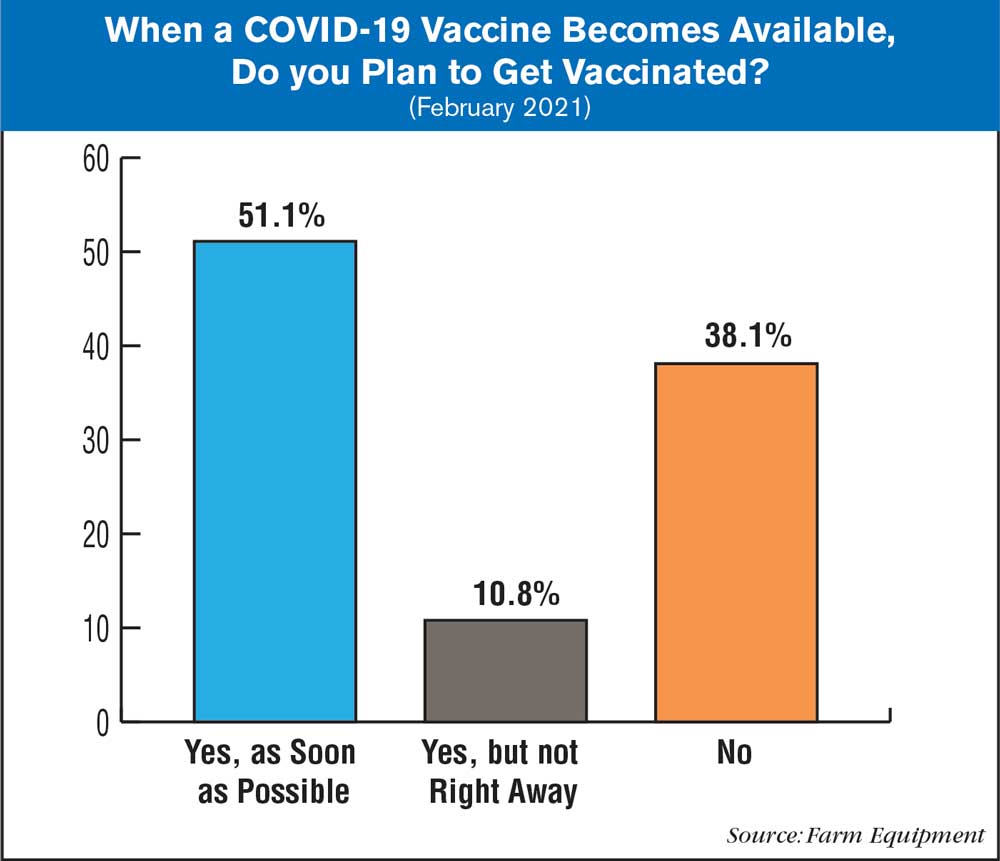 A recent poll conducted by Farm Equipment showed 51.1% of surveyed dealers would be getting the COVID-19 vaccine once it becomes available to them, while 38.1% said they would not be getting the vaccine. Some 10.8% of dealers said they plan to get the vaccine, but not right away. 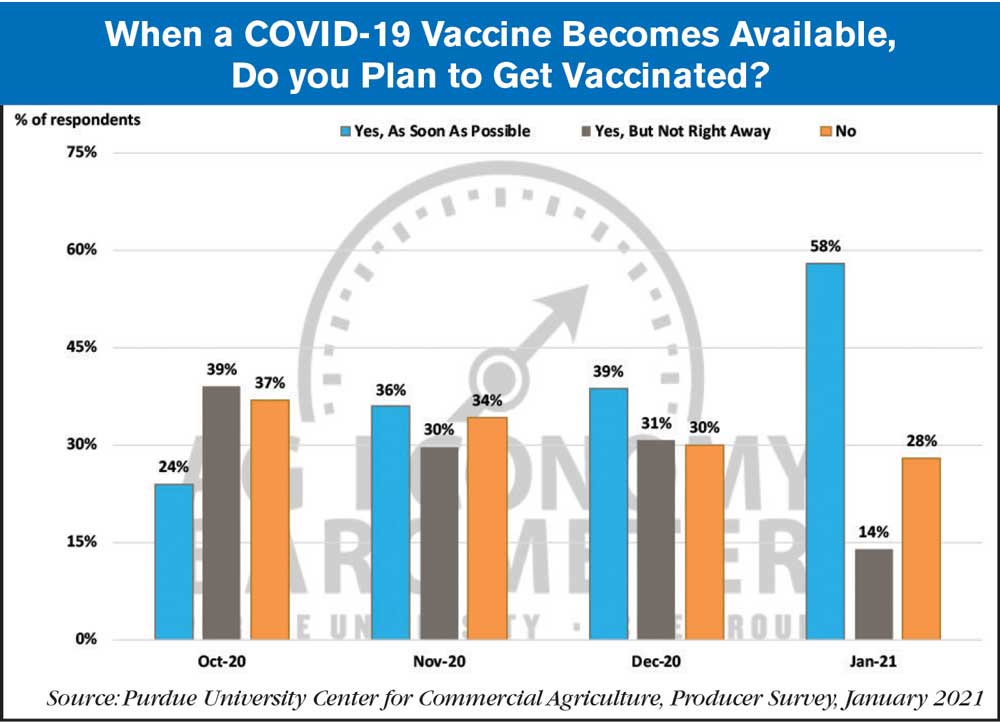 This data comes as the U.S. moves through the first stages of its vaccination programs. As of March 2, 2021, data from the Center for Disease Control showed nearly 52 million vaccination doses had been given in the U.S., with 20.3% of the population 18 years old and older receiving at least one dose. Over 10% of the U.S. population 18 and older had received 2 doses and been fully vaccinated.

Survey: U.S. Farmers Plan to Buy Equipment on Par with 2008

Dealers Becoming More Cautious Heading into 2nd Half of 2014