The year was 1945. As World War II was winding down, America was turning from war production to a robust peacetime economy. One of the many new companies to emerge during that landmark year was Ace Pump Corp. of Memphis, Tenn., founded by Roy Bell Sr., Elmer Theis and Bob Barry.

Taking a Page from Human Anatomy

Ace Pump’s first product, the Model 450, was a double-diaphragm type pump for farm water systems introduced in late 1945. Based on the anatomy of the human heart, it featured two relatively new materials — neoprene and aluminum — and could handle sand and other abrasive materials that were often detrimental to the centrifugal and piston pumps of the time. 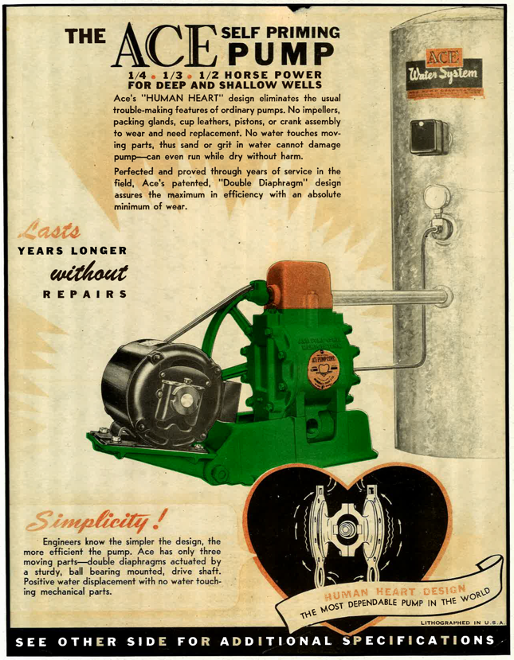 “Roy Bell Sr. was not only a true visionary, but a very practical problem-solver,” notes Ace CEO Andy Randle. “Ace Pump combined Elmer Theis’ pump design with Bob Barry’s marketing talents and Mr. Bell’s manufacturing expertise and facilities to form a great partnership. It came at a time when there was a great deal of pent-up demand for domestic products following World War II, so it was a matter of being in the right place at the right time with the right product.”

Striking Out on His Own

In 1948, Bell bought out his two partners and became the sole owner of Ace Pump Corp. In that year, Ace Pump also introduced the Model 48, an improved version of the Model 450. What follows is a timeline of significant milestones in the company’s growth:

1954:  Ace enters the refrigeration market with a centrifugal pump for cooling tower applications

1955:  Roy Bell, Jr. returns from service in the U.S. Navy and begins working for the company. 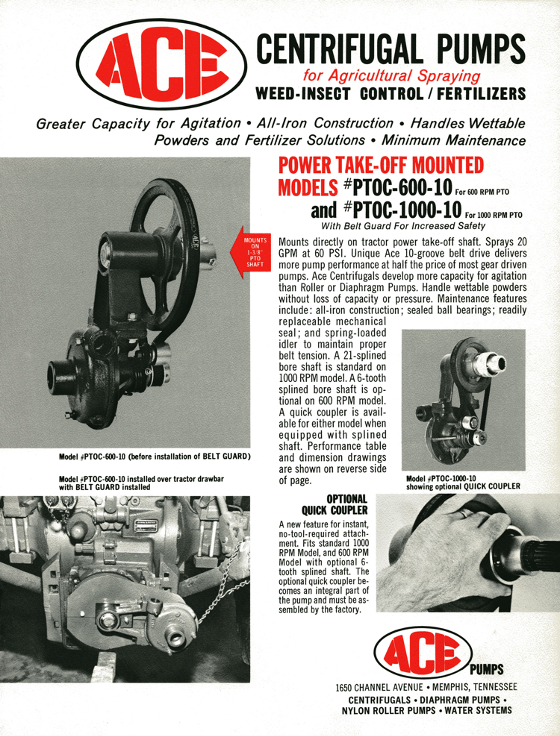 A flyer from the mid-60s promoting the new line of Ace PTO-mounted, belt-driven centrifugal pump. 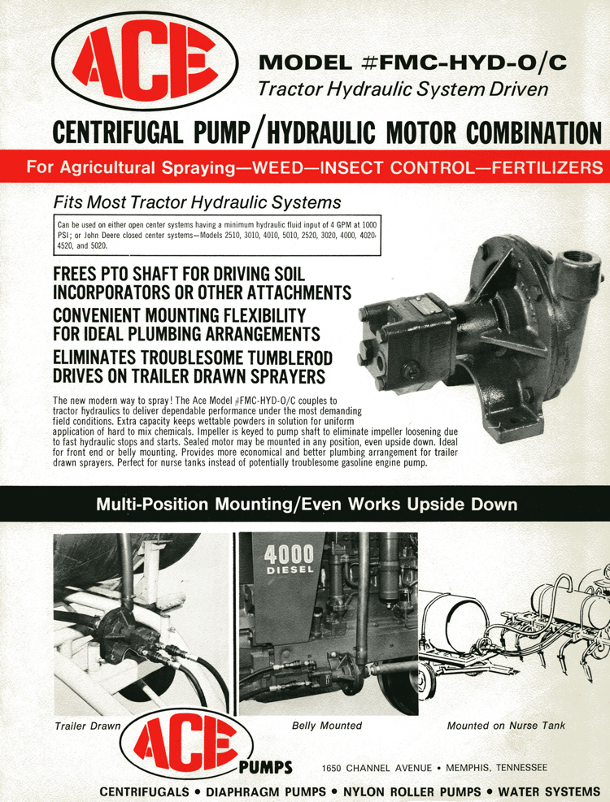 2015:  Ace Pump receives the President’s “E” Award for Excellence in Exporting from the U.S. Department of Commerce.

2019:  Ace receives the President’s “E” Star Award for sustained commitment to export expansion from the U.S. Department of Commerce. 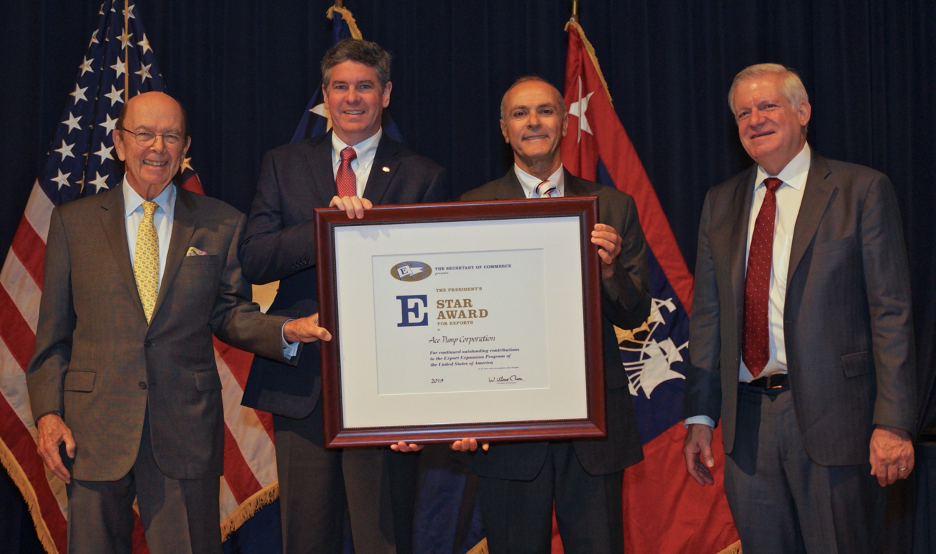 When asked about Ace Pump Corp.’s secret of long-term success, Randle stated, “The Bell family always valued its customers and employees and constantly strived to meet their highest expectations. Our management realizes that continued growth depends on both customer and employee satisfaction, and we do everything in our power to make sure our products, service and work environment are second to none.”

While the farm equipment market is in the midst of a mild recession, Randle believes the company’s long-term prospects for growth are very encouraging. “We continue to launch innovative products, including our PWM pumps and new additions to our Oasis WetSeal lineup. We see these products fitting in perfectly with the growing trend toward precision application of liquid fertilizer and crop protection products.”