With the launch of a new line of tractors, a new combine and planter in the past year, AGCO says its serious about establishing its Fendt branded farm machinery as a premium line for row-crop farmers in the U.S. and Canada. As further evidence of its intent, the company reports it has more than doubled the number of dealers carrying the Fendt line in the past year, which means North American farmers have another green tractor to choose from.

In an Aug. 27 release coinciding with the start of the 2019 Farm Progress Show in Decatur, Ill., AGCO said it now has a total of 189 Fendt dealership locations in North America. Of that total, 98 are new locations that have taken on the Fendt line in the past year.

“The Fendt dealership expansion is a clear sign of our continued commitment not only to growth in North America, but to an expanded group of customers who, when they learn why Fendt has such a dedicated fan base, will also want to be Fendt owners,” says Bob Crain, senior vice president and general manager, Americas, AGCO. “We are aggressively addressing the row crop segment in North America, which is very important because nearly 75% of North American farmers have row-crop conditions,” says Crain.

Fendt was founded in Germany in 1930 by Xaver Fendt and purchased by AGCO in 1997. Fendt tractors have been sold in North America since 1998. In 2019, AGCO launched the newly redesigned Fendt 900 tractor series. The 900 Series tractors are designed specifically to meet the needs of producers in North America and range from 296-415 horsepower.

Last year, the company introduced the Fendt IDEAL combine, which it calls “the first clean-sheet design for a combine in the ag industry in over 30 years.”

Earlier this year, AGCO debuted the Momentum planter in Brazil. It says it plans a North American launch in February 2020. The new planter is currently undergoing field trials in North America.

The Fendt brand of tractors is well established in Europe. In 2018, CLIMMAR, a network of 16 national dealer associations across Europe, rated Fendt along with Kubota as the top tractor brands. 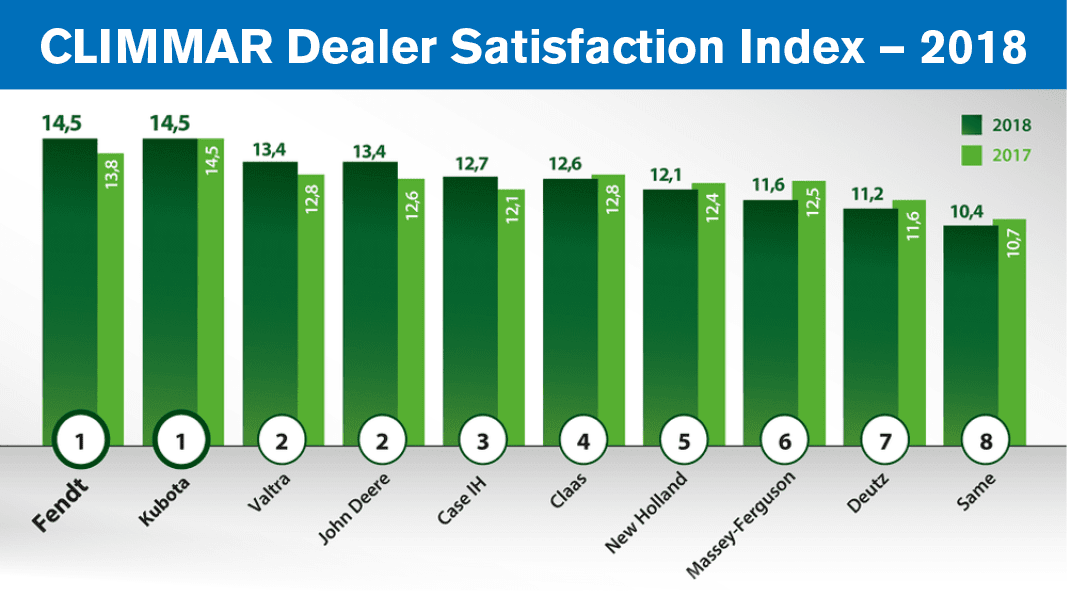 In addition, AGCO claims several “firsts in agriculture” for its Fendt branded equipment.