Out-of-State Sales Tax Laws are Evolving: How to be Ready

By Betsy Barthelemy posted on July 12, 2019 | Posted in Best Practices

With the success of South Dakota vs. Wayfair and the widespread introduction of economic nexus taxes, dealers making any sales to customers out-of-state must be mindful of new sales tax laws and procedures to pass audits.

The ag market is rapidly changing and laws are having a difficult time keeping up.

Two evolving factors greatly impacting dealerships’ customer bases today are consolidation and the internet. As dealers consolidate, customers from those acquired dealerships could choose to keep shopping there, or they could turn to third-party online sellers such as Amazon. Dealers that are located in close proximity to state lines often get customers shopping from out-of-state, however, any dealer with a presence online, regardless of location, could get customers from outside their home state.

Why does this matter? Sales tax. 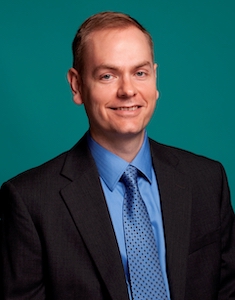 Before the Wayfair Supreme Court decision, it was projected that a staggering $51.9 billion of sales tax revenues would be lost as a result of out-of-state or online sales. This is because the sales tax laws hadn’t evolved to keep up with how commerce was being conducted. Applying the “old” rules to the “new” commerce was, and continues to be, incredibly confusing; the process often relies on customers to report and pay use tax to their own states, which they often don’t do. However, following the Wayfair decision, the rules are rapidly changing to close those gaps and dealers need to be ready.

He tells his clients first and foremost that, on the surface, dealers must ask themselves these questions when considering their obligations following any out-of-state sale:

Every sale should be considered separately — there are a few different tests to run to determine where the tax from each sale goes and the process can be complicated.

The “law of the land,” as Formwalt phrases, was set by the Supreme Court case Quill v. North Dakota in 1992. The Quill Corp. was a mail-order business based in Delaware that sold and shipped software on floppy disks across the country. The state of North Dakota took the company to court to attempt to collect sales tax from any Quill sales that would eventually end up within state lines. The Court ended up ruling in favor of Quill, finding that there wasn’t enough of a connection to the state itself, and that Quill was just doing business there via the postal service. The revenue involved in the matter wasn’t significant enough because it would have been difficult for North Dakota to collect taxes from orders without internet.

That case established what’s called a “Physical Presence Test” to determine whether a state would have the right to require out-of-state sellers to collect sales tax for different states. Having sufficient physical presence in a state means that a business has “nexus” — enough connection to the state to consider it a place of business and thereby be subject to its sales tax laws.

The issue with this test, says Formwalt, is that “we’ve been trying to figure out exactly what ‘physical presence’ means for over 25 years. Every state has adopted their own different guidelines to the term,” he explains, “Frankly, it’s left us in kind of a mess.”

One universal rule of physical presence is that if you have a dealership located in a state, then you have nexus and will register for sales tax. But beyond that, the rules can get blurry quickly. What if you have a parts warehouse, a service repair shop or something else not directly associated with your sales across state lines? What if your salespeople travel across state lines to talk to customers or your service workers cross state lines to do maintenance for a customer? Do you deliver products to out-of-state customers with your own trucks or use a third-party shipper?

Answers to all of these questions could potentially trigger physical presence — it just depends on where you are and the scope of your activities.

Businesses prioritize their customers first: “they don’t care where the customer is, they just want to take care of the customer,” Formwalt says. In other words, dealers aren’t going to let sales tax rules get in the way of making a sale. But when it comes to trying to understand how these sales are taxed, all of the grey areas cause problems. According to Formwalt, “Often, people’s eyes glaze over and they say these rules are so complicated, they’d rather just ignore them if they could.”

Retailers that operate entirely online, such as Amazon and eBay, have contributed even more to the issue. According to Formwalt, “many online retailers were going out of their way to avoid having a physical presence and count on having a margin advantage over brick-and-mortar retailers because of that.”

Between the competitive advantage of online retailers, the increasing massive loss of revenue (which was only projected at $3.27 billion in the ’90s) and the confusing reality of the physical presence test, by the late 2010s it was time to reevaluate the laws in a fresh, internet-age context.

This time, the court ruled with the state: the economic nexus test prevailed.

Physical presence tests are still in-place as they were outlined in 1992, but they are no longer the only determining factor in out-of-state sales tax collection. In the months since South Dakota won its case, almost every other state that collects sales tax adopted an economic nexus standard. With how quickly things are moving following this new case, dealers are worried about sales tax compliance in this new era.

The general benchmark for an economic threshold is $100,000, though it varies state-by-state — Texas and California have laws using $500,000 thresholds, and Oklahoma's was at one point down to only $10,000. Even one piece of equipment could take a dealer over that bar; once you pass it, you must register with the state and start collecting and remitting sales tax on your transactions that take place in or are delivered into that state.

Even if your sales are tax exempt — which, says Formwalt, many agricultural equipment sales are — they will count toward your threshold in the applicable state. Tax exemptions may not always carry over state-by-state, either, so Formwalt warns dealers to be cautious about relying on exemptions or exemption certificates from out-of-state customers. Never assume they will work the same as the rules in your home state.

Though the economic nexus rule is the new law to focus on at the moment, it’s important to remember physical presence tests still apply and may subject a dealer to sales tax obligations even in a state where the dealer doesn’t meet the economic nexus requirement.

It’s important to familiarize yourself with every state’s tax rates and exemptions  (even city- or county-specific rates) in case you end up having to comply with their new sales tax laws. Fortunately, most business systems are better able to provide the tax rate information than in the past. Understanding what you’re getting into will be very helpful to prevent problems in an audit, says Formwalt, because “going the default route” when the laws don’t make sense to you “isn’t an option anymore — these new rules are more objective.”

Formwalt urges dealers to take a look at their business and “assess your exposure to other states.” You can never be over-prepared, but it is very easy to be under-prepared. Train staff on the new rules, make sure to understand the applicable sales tax exemptions and get your exemption forms and record-keeping processes in order to account for the new obligations.

In this current era of consolidation, it is important to keep all this information in mind when acquiring a new dealership, even if it isn’t located in a new state. Exposure for past non-payment of sales taxes can follow the business even in an asset sale so understanding the possible exposure will also become more important under the more objective new rules following Wayfair.