A mid-year look at how dealers’ expectations for 2015 are shaping up indicate that, on average, those responding to the July “Dealer Sentiments & Business Conditions Update” survey are looking for a year-over-year falloff of 15%. A year ago, dealers were forecasting a 6% year-over-year decline for 2014.

A net 37% of dealers are forecasting a sales decline for the year, similar to the May survey results. 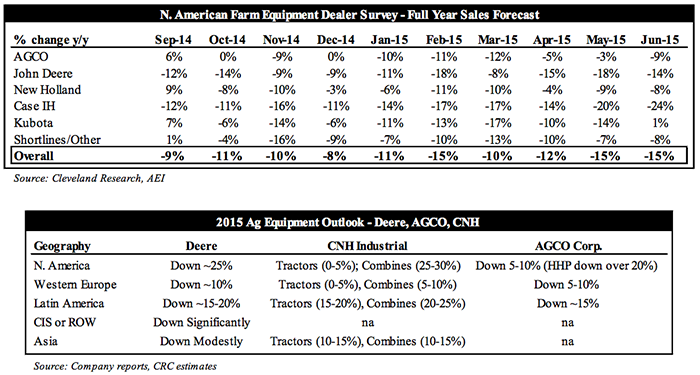 A net 37% of dealers are also reporting that new equipment inventories remain “too high.” This is a slight improvement over the previous survey, but continues to be at the high end of our survey history. Used inventories appear to have deteriorated somewhat in June, with 40% of dealers reporting inventory was “too high” vs. 34% of dealers in May.

Dealers offered the following comments regarding the observations of current business conditions.