To The Point: Our Own Transition Story

By Mike Lessiter posted on June 1, 2014 | Posted in Dealer Succession

As you’ll see on p. 84, this year’s SHOWCASE report examines the transitions at 8 dealerships — exclusively from the lens of the successors. Living through a 10-year transition period, I can tell you that there are challenges. 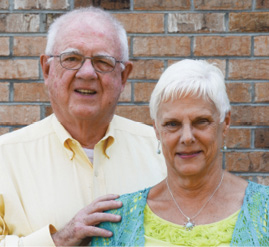 To prepare for this report (and bring generational “balance”), I interviewed my parents on what worked and didn’t in our firm’s process. My mom is our recently retired CFO while my dad continues as a publisher of our Equine Div., as well as corporate idea-man and champion of content (fully reserving the right to throw a flag at any moment). As he likes to say, “If there’s a compliment, I’ll take it, but if there’s a complaint, that’s your department.”

I tested their memories on my coming aboard in 2003 (I’d been working out of state for the previous 12 years) and also, once I was here, what left us frustrated at various times. To be honest, I never reflected much on the discomfort it caused them. Here’s a few things to share about our story…

‘Go Away.’ Dad insisted I work elsewhere after college to learn from others. Fortunately, I landed at a place where I was mentored (you may have heard of this Dave Kanicki guy) and in an environment that lived similar values. That unplanned “apprenticeship” gave them the confidence to ask me to return.

Easing In — Years Before. My parents made me a “director” of the company 9 years before I joined them, which involved reviewing the monthly financials, asking questions and a couple “living room” meetings each year. It was a wise move, and exposed me to the company, and us to one another in a business setting. “You came back knowing what you were getting into,” they said.

Something to Run. They were aware of my early frustrations (the typical owner’s kid trying to enact change) and recognized that something to call my own was exactly what the doctor ordered. An acquisition (Farm Equipment, 10 years ago this month) was the difference-maker. And with the owners’ (and others’) confidence at stake, the new endeavor had to work.

Rough Waters. The frustrations weren’t mine alone, but Dad’s challenges may have required more tongue-biting. As a cash-flow-oriented entrepreneur who’d been at it successfully for decades, he suddenly was enduring lots of meetings, obsessions with budgets, reminders of what was wrong (not right) and an exhausting number of questions about ROI. While he operated from the gut, he says I might have “ROI’d-to-death” what became a successful launch in our Equine Div. (He green-lighted that decision 4 months before I arrived.)

Communication & Respect. Mom recalls Dad and I pushed each other to the edge with our different styles, but never crossed a line of disrespect. He rarely minced words — a good thing … most of the time.

Independent Viewpoint. Without question, the decision to enlist a third-party consultant (Don Henning) was our collective act of brilliance. He and my dad’s 30-year, peer-to-peer history brought inherent trust on all sides. When I became president in 2007, Don joined us as a strategic planning facilitator. He helped us define a new management structure, asked hard questions, held feet to the fire and forced transition discussions when our “busyness” failed to make it a priority.

The Tougher Decision. Only recently did I realize that transitioning the business within the family was the harder choice to make. Dad still likes what he’s doing, but says there are “those days” … and if he’d sold the business to an outsider, he’d have fewer worries at age 74. So, for better or for worse, we’re in this thing together.

In retrospect, Dad says he should’ve made me (as the one with an affinity for plans and vision statements) document what I wanted my role to be. Most consultants would’ve berated us for the looseness we’d had. But had I set boundaries at age 34 (and adhered to them), I would’ve missed some rewarding times over the last 10 years.

Transitioning a business, I’ve learned, has some landmines you can’t detect, and maybe it’s good not to see all of them coming. It’s like building muscle mass: you can’t strengthen it until you put it under stress. And you can’t cheat the process; sidestepping issues may only result in them rearing their head more harmfully later.

To the Point: Develop a Farm System of Your Own

Our Own Case Study: Where Marketing & Need Intersect

To the Point: Better Days Ahead as Farm Equipment Changes — & Doesn’t