To the Point: Develop a Farm System of Your Own

By Mike Lessiter posted on July 18, 2013 | Posted in Best Practices 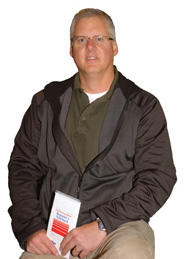 In an attempt to negate the effects of a decade of farm show food indulgences (including this week’s Farm Progress Show), I’ve been walking with my lab, Monty, most mornings this summer. Walter Isaacson’s biography on Steve Jobs is on my I-Phone playlist, and I found yesterday’s chapter (about midway through the 25-hour recording) relevant to today’s farm equipment dealer.

As his company’s staffing needs grew, the late Jobs was vigilant against the threat of a swelling of second-rate talent (or what he called “the bozo explosion”). The difference between average and best — in virtually everything in life — was 30%, Jobs believed, and among the things he couldn’t stomach was his company sinking into the depths of average. He insisted on a team of all A players. And despite others’ claims that such high-performers could never function together, Jobs discovered they actually wanted to work with other A players. “They just didn’t like working with C players,” he said.

In no way am I advocating Jobs as a model executive. But his point warrants reflection as today’s evolving dealer model requires adding staff and in very different roles. And doing it quickly.

A check of the dates of birth on your payroll reveals how many new faces will need to pour into your dealerships at a pace never before seen — with a different-looking pool from which to draw. As dissimilar as your techs and wholegoods salespeople are for you to manage, so too are the millennial generation. What motivated and drew out the best with previous generations is almost assuredly not going to work with millennials. And there’s no apology for that; they’re wired differently.

Thus the feared “subtraction by addition” is a vulnerability to every growing business. That’s why so many choose to “go lean and go hard,” even to exhaustive levels. Your A players who’ve had to deal with working alongside C-level talent, or much worse — C-level commitment — vote for pushing through. But that’s just bandaging a bad condition that will surely get worse.

That pending “sucking sound” of the talent loss keeps managers staring at their ceilings late at night. Our industry has demonstrated that regardless of what happens — in commodity prices, interest rates, in lending or trade policies — leadership can always find a way. But it can’t be taken for granted; it needs to be grown and cared for just like your customer’s crops.

So I’m impressed upon hearing dealers actively pursuing things like prospective employee depth charts, skill/job fit scoring for all staff and in-house training. These leaders make it their own personal “business” to 1) make sure their workforce pool is well-stocked and 2) find ways to expose select individuals to additional responsibilities while backing them up so success is nearly assured.

Think about what Branch Rickey accomplished 93 years ago when he debuted a “farm system” to grow future St. Louis Cardinals talent. Similarly, you too are wise to invest in a “farm system” that reflects your culture and supports today’s MVPs with the bench support that can take their place tomorrow. Unless you’ll be acquired in short order (and let the next buyer worry about it), there’s no getting around it.

A tip of the cap to Directory Manager Donna Schwierske and the rest of our Data Management Team on compiling this SOURCEBOOK for you. Collecting updates on 1,200 companies and their products/brands takes a year-round effort, including 100-plus new suppliers in this year’s volume.

To the Point: Build & Feed Your Flywheel as a Momentum-Machine

To The Point: Want to 'Own the Market'?

To The Point: Our Own Transition Story