Under 40 Horsepower Tractors — This category remains strong and is responding to the moves in the general economy. The actual numbers edged closer to our original forecast, which now stands at 5%. 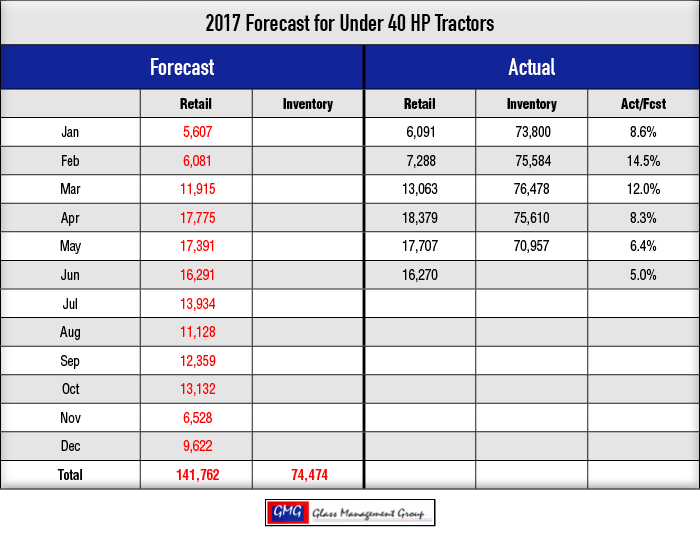 40 – 99 Horsepower Tractors — Historically June is a strong month for this category but not quite as strong as our forecast. The actual numbers remained at 7% of our YTD forecast. 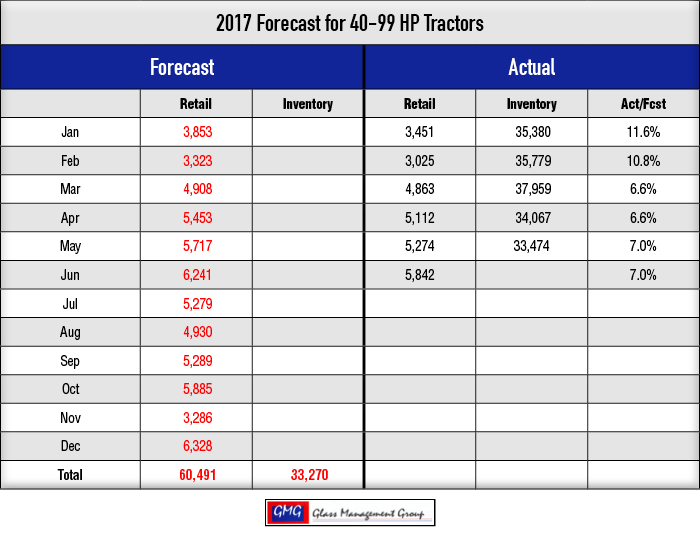 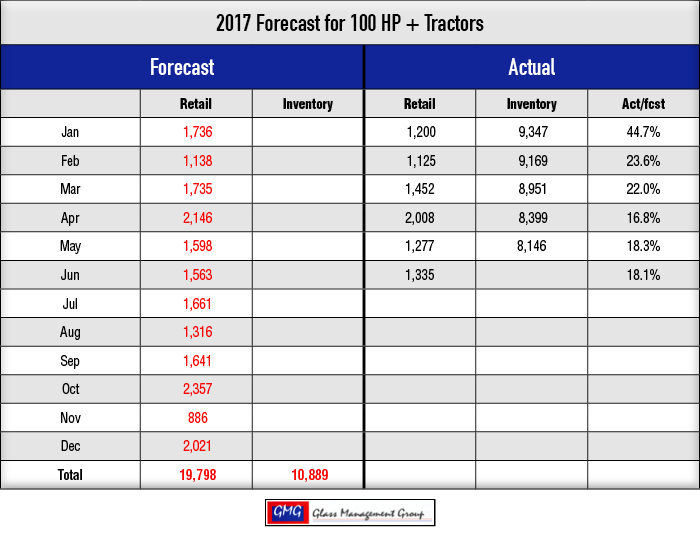 4 WD Tractors — This category has been weak in sales all year long, but came two points closer to our original forecast in the YTD totals which now stands at 11.6%. 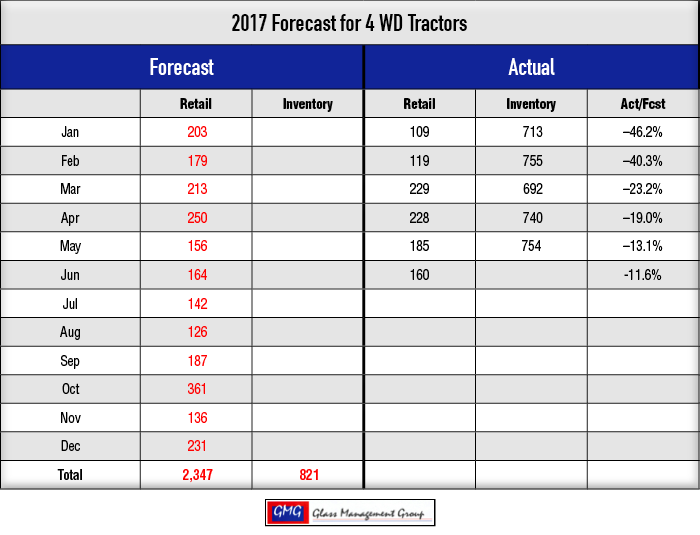 Combines — These sales were up strong for the month and that cut our actual/forecast percentage in half and the YTD numbers are now about 7% below our forecast. 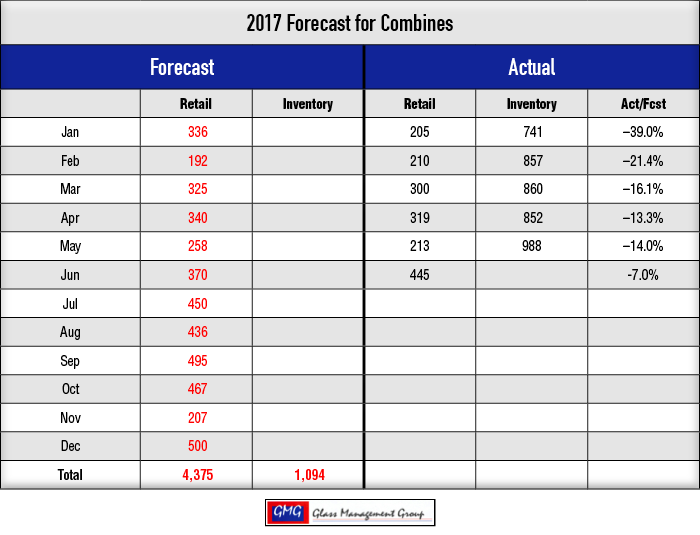 Nationwide productivity is up, employment is up, the stock market is up and there is a positive vibe wafting down Main Street these days. Alan Greenspan, former chairman of the Federal Reserve Bank, said recently that such positive factors inevitably lead to increased discretionary spending by the general population.

The feeling on rural Main Street follows the national pattern as things appear to be turning for the better. In order for our agricultural economy to begin to grow there must first be a confident feeling that growth is just around the corner.

This glowing resonance is not limited to the U.S. as countries around the world are beginning to see positive changes taking place in their economies. These are not glaring, dramatic changes but rather subtle changes that have a way of piling up as time goes by. There continues to be problems with currency exchange rates around the world but there is the expectation that these problems will work themselves out as time unfolds.

Purdue University just released a study showing that farmers utilized manufacturers’ financing programs less in 2017 than they did in 2012. Granted, the level of purchasing in 2012 was significantly higher than it has been in 2017, but the need for financing of equipment remained strong. While banks in Region 10 of the Federal Reserve System have reported declining demand for farm loans, they have also reported a slight increase in agricultural equipment loans. There is an indication that producers are paying down debt in 2017 and are reluctant to incur additional debt in these conditions, which will result in a stronger financial position for purchasers of farm equipment in the future.

The crops have been planted and have emerged to a good stand as more than adequate rains have covered the Corn Belt this year. The prospect of a good crop looms large. The big unkown in this entire equation is commodity prices. The first time that we had a bumper crop and excellent commodity prices was in 1973 and the next time that occurred was in 2013, so does that mean that we can expect the next occurrence to be in 2053? What it does indicate is a solid base is building for growth in agricultural equipment sales over the next several years.  Our models indicate that 2018 will see a slight increase over the 2017 sales figures and that will provide an even stronger base for 2019’s sales. We expect net farm income to be flat to slightly down in 2017, but on-farm expenses are expected to decline at an even faster rate.  The only expenses that appear to be increasing at this time are fuel costs and labor.

Corn — While crop conditions appear to be down somewhat from last year’s level there is indications that this year’s crop will be at or above average at harvest time. July corn futures closed at $3.70 while September future contracts closed at $3.81. Both are practically unchanged from the May close.

Our data allows us to take a very objective view of the current situation in the agricultural equipment markets and all are pointing toward a solid base building this year. There are concerns about the export markets from several perspectives. The strength of the U.S. dollar is not positive for increased export sales and the large crops coming from Brazil and Argentina this year continues to provide some serious competition for our grain exports. One bright spot is the strengthening of demand for corn in the production of ethanol products in the U.S. and the fact that we are actually exporting ethanol fuel to other countries, including Brazil. 2017 certainly is not shaping up to be spectacular, especially when compared to other years in this decade, but there are indications that the years to follow will tend to be on the upside.