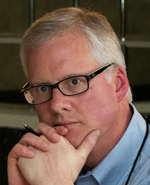 During last month’s National Farm Machinery Show, I bumped into a precision ag manager for a large co-op. It didn’t take long to discover he was less than enthusiastic about hearing the major OEM dealers creeping into the agronomy territory, on top of the competition from the likes of the Monsantos of the world. He also wasn’t buying the “PR” that dealers’ on-staff agronomists would be stopping at casual support only.

Equipment dealers’ entry into agronomy services came up several times during our Precision Farming Dealer Summit in January. Some dealers are already far into this area, while others were reluctant to consider competing with a co-op or ag retailer who was also a customer. But with news generating fast in recent weeks (be sure to sign up to receive the free updates at PrecisionFarmingDealer.com), it’s a conversation we can expect to hear more of, especially with Deere’s directive for its dealers of tomorrow to have a certified crop advisor (CCA) on staff. That, and the wide agreement that precision’s big revenue opportunities are largely going to come in the way of services, more so than hardware.

We’ve reported before on equipment dealers who expanded beyond iron selling and repair and ended up competing with a portion of their own customer base. It’s interesting to hear those broader definitions of their business and how things “just outside the core” can align with that vision. The precision farming world is particularly interesting in these “Wild West” days, when multiple business models exist and each has strengths of their own.

Whether it’s directly hiring CCAs, or inking a deal to closely partner with an independent group of agronomists, equipment dealers find they’re met with trust, as they aren’t trying to peddle seed or fertilizer as part of an analysis. They reason that it will more deeply embed a customer relationship while adding revenue potential, and get them onto non-customers’ farms who’ll pay for services that give their equipment the best odds of making those detailed prescriptions and data work.

The risk is the investment in a new type of talent (and finding, managing and keeping it), and the cultural issues of creating the “sandbox space” and expectations for a secondary business segment that will initially be overhead. And, of course, time, attention and resources.

Devin Dubois, Western Sales’ vice president of integrated solutions, shared the “light-bulb moment” that solidified his 6-store dealership’s decision to enter into agronomic services. An independent agronomist had written a variable-rate prescription for a farmer, plugged it into the seeder and it didn’t work. The result was an irate farmer — and left a dealer and agronomist pointing at one another.

“For our customers to have a seamless experience in the operation of this equipment, we needed to become experts in the realm of precision ag,” Dubois says, noting the group has 6 professional agronomists on its payroll. “There’s so much running through this equipment, we weren’t comfortable putting that in the hands of someone else.” The technology, he argues, is pushing dealers into agronomy. “Whether you’re comfortable with it or not, that’s what’s happening.” (See next month’s edition for more on Western Sales’ story.)

And that co-op manager I saw in Louisville? Well, he’s been around long enough to know things never stay the same, and he’s challenging and rallying his crew to bring their A-game to protect their turf. Whether it’s the equipment dealer or someone else, he says, someone is always ready to try and eat your lunch.

While the decisions won’t be easy, progressive equipment dealers are well positioned to seize a new opportunity. We’ll keep an eye out for them.