Farm equipment dealers who still aren’t sure why their segment of the agricultural industry is consolidating only need to look at what’s happening with their customers. Like so many things, even as the value of agricultural production grows, overall it’s becoming concentrated in fewer and fewer operators.

According to the recently released Census of Agriculture, which was conducted in late 2012, the total number of U.S. farms fell to 2.1 million since 2007 from about 2.2 million, where it had been since 1992, or about 4%. On top of this, farms producing more than $1 million in annual revenues increased to 81,600, largely the result of the robust crop and livestock prices over the last few years.

As shown in the chart below, a little less than half of those 2.1 million, or 950,000 of these farms, are characterized as farm “businesses” and account for over 90% of total farm production. 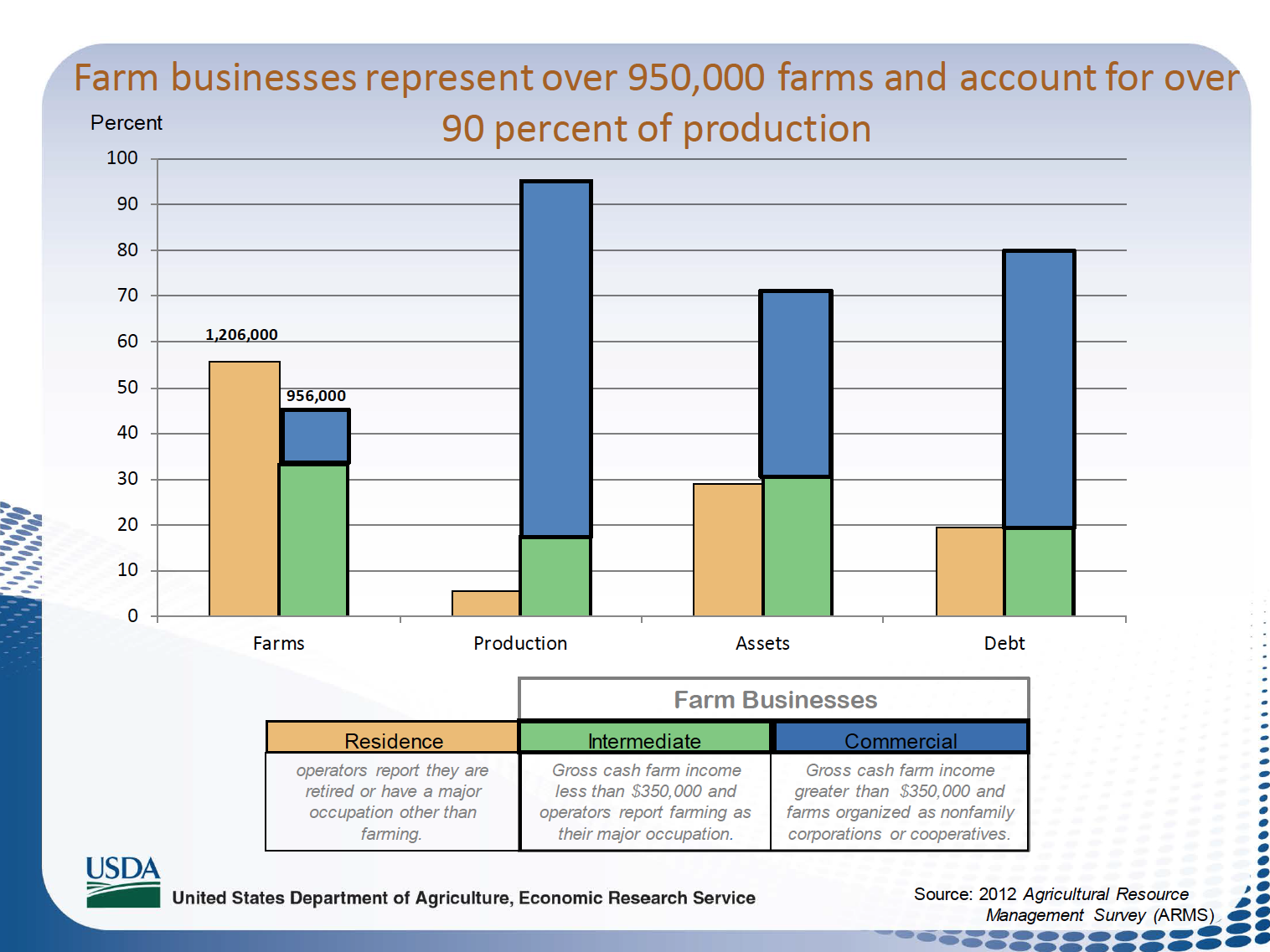 Here are a few other facts you might want to tune into that will probably impact your customer base over the next several years.

For one, the Census reports that there are more farmers 35 years of age and younger compared with what the USDA counted in 2007. With the higher crop prices and healthy increases in farm incomes during the past 5 years, apparently younger people have once again become attracted to farming as a career.

At the same time, the average age of famers keeps rising. According to the most recent Census figures, that average age is 58.3 years. This is up from 55.3 years in 2002 and 57.1 in 2007. But the number of beginning farmers, or those who have been working in the business for less than 10 years, decreased by 20% since 2007.

This may seem counter intuitive, but if you think about it, it’s really kind of worrisome as it would appear that the base of U.S. farmers — your potential customers — will continue to shrink, thus concentrating the business even further.

The following table compiled by Cleveland Research Co. from the Ag Census also highlights how much the industry has grown over the past decade. For example, total agricultural sales just about doubled between 2002 and 2012, or at about a 6% annual growth rate. We know they’ve also grown even more in the past 2 years.

All of this adds up to significant changes in how the equipment retail segment of the industry conducts its business. Stay tuned for even more as we approach 2020.

Dealer-Manufacturer Issues Move to the Back Burner