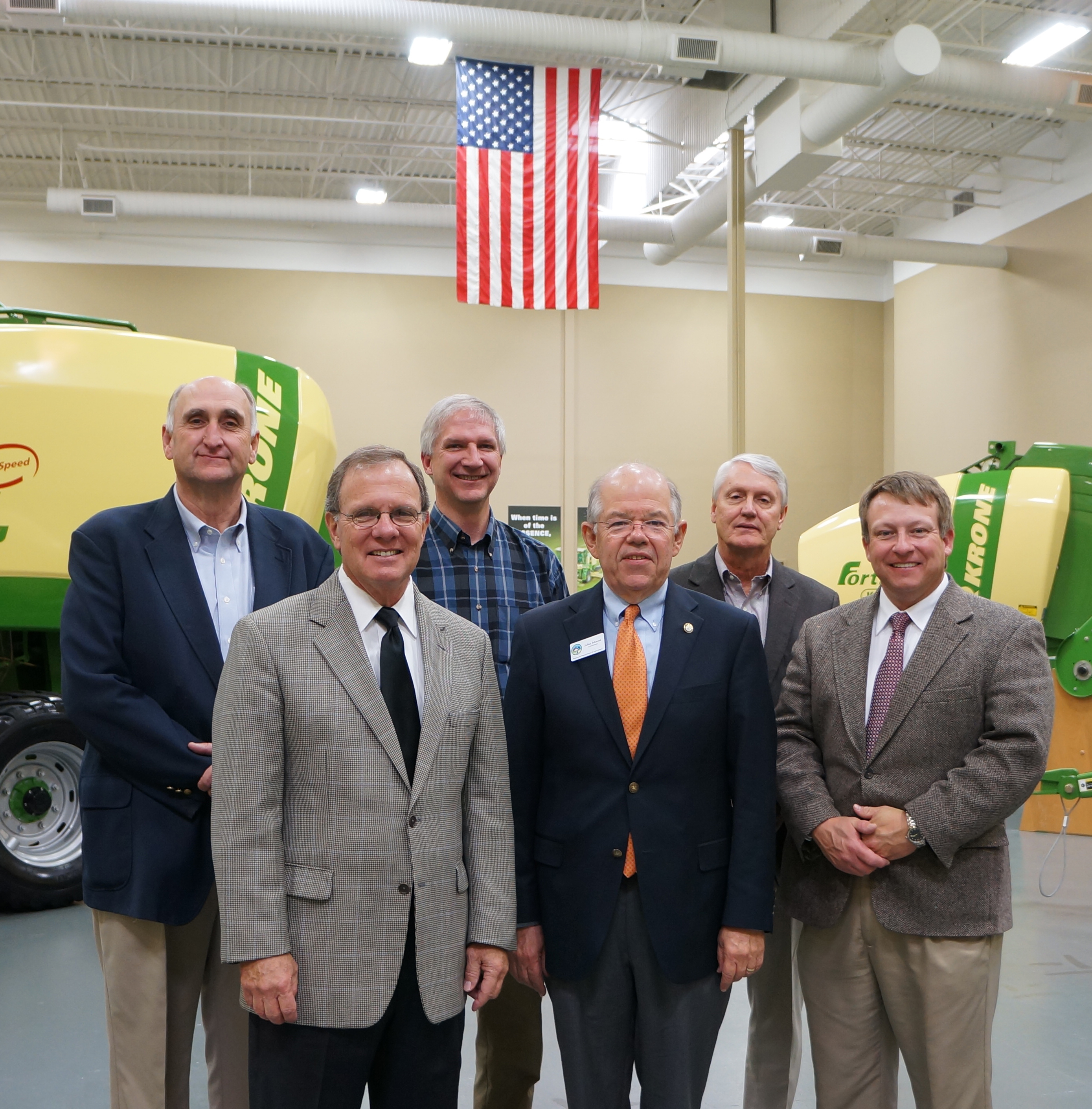 The need for safe and efficient waterways, highways and bridges are essential for the agriculture community. Fowler described the logistics of transporting equipment from Germany to warehouses in the United States, as well as from the warehouse to Krone dealers. He emphasized the need for adequate infrastructure in order to facilitate these transfers, which also extends to the farmer's need to effectively transport their commodities to market.

In addition, Commissioner Johnson and Fowler also addressed the growing need for educating those not involved in agriculture. As the vast majority of the U.S. population is becoming further removed from agriculture, so is their knowledge of general agricultural practices, such as food production, food safety and farm equipment road safety. Fowler noted that Krone is making strides in farm equipment road safety. All self-propelled Krone machines fold to a working width of approximately 10 feet wide for transport, thus making it safer for oncoming traffic as well as those cars overtaking farm equipment.

At the conclusion of the presentation, Commissioner Johnson, Templeton, and Mr. Harlan were given a tour of the Krone office, training facility, and parts and wholegoods warehouse. At their final stop, each one was given an opportunity to take a test ride in a BiG M 420 self-propelled mower conditioner, which has a cutting width of 30 feet.