By Michael Ellis posted on March 13, 2013 | Posted in Dealer Succession 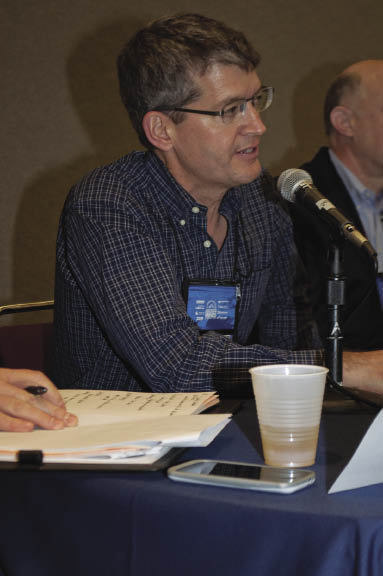 With the rapid consolidation and the widespread view that every dealership is either a shark (buyer) or bait (seller), Gord Thompson of Moker & Thompson, Prince Albert, Sask., took on the myth that “bigger is better.”

To Thompson, who leads the two-store operation in northern Canada, “big enough” means being large enough to attract the customers they want while remaining sustainable in the eyes of suppliers. Thompson doesn’t begrudge any of the large, well-run and well-capitalized groups, but says it was simply never Moker & Thompson’s goal to be among the biggest.

So how does a mid-sized dealer compete with the big ones producing high results? Set your targets, know them and figure out how to reach them, he says. With its customers’ short growing season, Moker & Thompson’s focus is on large equipment and high-value customers. It attracts and retains that coveted customer segment with outstanding service. While its value proposition may not allow the lowest price, Moker & Thompson’s reputation for service excellence brings enough business through the door to make it work.

Experience is a key metric in its success as a mid-sized dealer. Its 40-plus employees average 9 years’ tenure and boast general managers and department heads with a wealth of experience under their belts. While the main focus is the top-tier farmer, the second- and third-tier buyers (so critical to used sales) stay connected to the dealership through these long-term staffers.

Turning used equipment is essential to surviving in markets where change is inevitable and likely to come with little or no advanced notice. “Staying connected to that used buyer allows us to turn our used and keep our combines moving,” says Thompson. “If you have good relationships, you have a better chance of keeping them as customers and maintaining your financial performance.”

To compete against the big boys and attain high financial performance, Thompson says you must decide what you can and can’t do. You must be able to walk away from deals that increase market share but deliver little in the way of gross margin. To maintain financial strength it’s essential to have a decent return on sales. And, he says, it may come at the expense of market share.

To support his case of “more” not always meaning “better,” Thompson conducted an analysis of financial results over the past 5 years that showed Moker & Thompson vs. several groups — including publicly traded dealerships, as well as dealers under $25 million, $25-75 million and over $75 million in sales. In terms of both return on equity and return on assets, Moker & Thompson compared favorably to industry averages. And thanks to its emphasis on large equipment, Moker & Thompson’s gross margin per employee far outpaced averages.

“Big enough” is dictated more by a solid financial foundation than by number of locations, Thompson says. If you can compete financially, you can reward your people, attract and retain the best people to work for you and continue a sustainable regeneration of your organization for years to come.

Michael Ellis is publisher of Rural Lifestyle Dealer and takes an active role on all the titles in Lessiter Media’s Ag Division. He brings nearly 20 years of publishing experience across diverse markets both in business-to-business and consumer focus, with the last 10 on trade media for agriculture and landscape industries. A graduate of the University of Wisconsin-Milwaukee, Michael joined the Lessiter team in 2008. Contact: mellis@lessitermedia.com